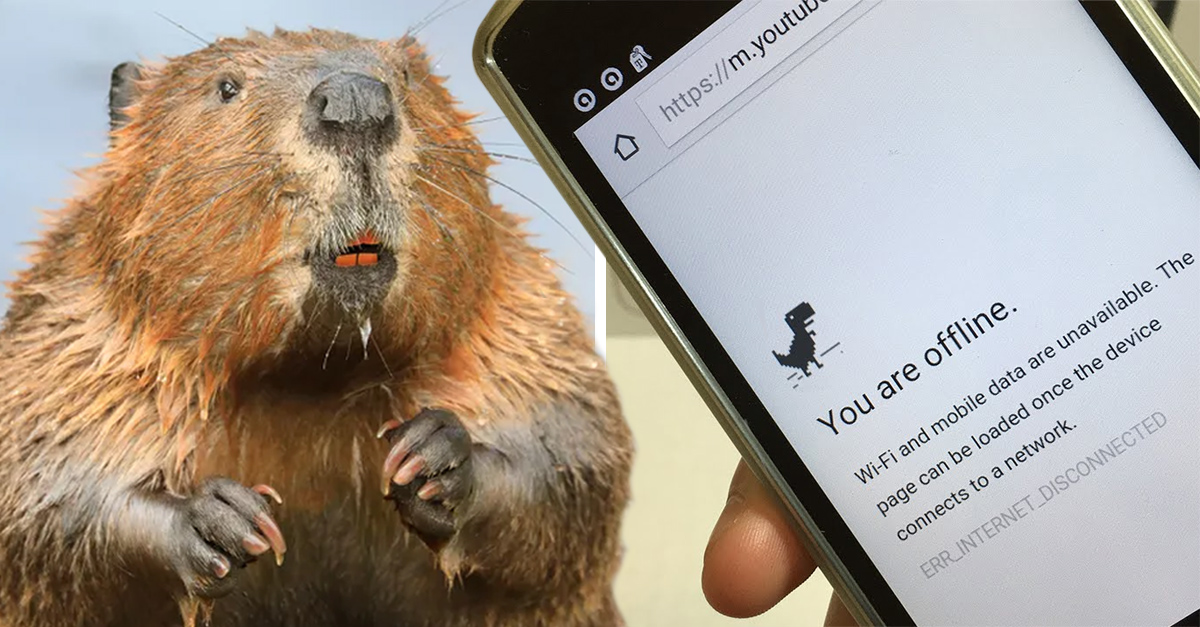 Beavers are one of the most skilled creatures in the animal kingdom, as few animals can match their dexterity and simple, perfect technique for building. However, as harmless and cute as they may seem, they can also cause a lot of trouble.

The perfect example comes from northwestern British Columbia, Canada, because on June 7, it was left incommunicado and plunged into darkness due to a marauding beaver that the authorities identified as the cause of a blackout that left hundreds of residents homeless. Internet, landline and cell phone service for more than eight hours.

According to information from CTVnews, When crews from the local power company, BC Hydro, went out to investigate the cause of the incident, technicians found chew marks on the underside of the fallen poplar tree, revealing who the culprit was.

The little animal gnawed on the tree, causing it to fall and knock over some of the nearby power and fiber optic lines. Thus, 15 small towns in the surrounding area suffered Internet outages, while the company was dealing with repairs.

As unusual as it may seem, it is not the first time that these little creatures with mischievous teeth have been blamed for keeping the population incommunicado. Just this past April, nearly a thousand people were without internet service for almost a full day after a different beaver ate away at a fiber optic line. Bob Gammer, an employee of BC Hydro, said the incident “is unusual, but it does happen from time to time”:

I wouldn’t be a rich man if I had a penny for every beaver outage, but they do happen.

Fortunately, according to Lee Brain, Mayor of Prince Rupert, one of the affected cities, the local CityWest utility company is working on a permanent solution to ensure that this kind of incident does not happen again, so they plan to install a second fiber optic line at the bottom of the ocean, along the coast of Vancouver.

If a tree falls again, we will all continue to have Internet through the line that comes from the ocean.

“The Mexican weather girl”, Yanet García, leaves the pool to show off her shapely rear with a micro bikini

Don Gustavo died, better known as “The Lord of the combi”

Alex Rodríguez talks about his breakup with Jennifer Lopez