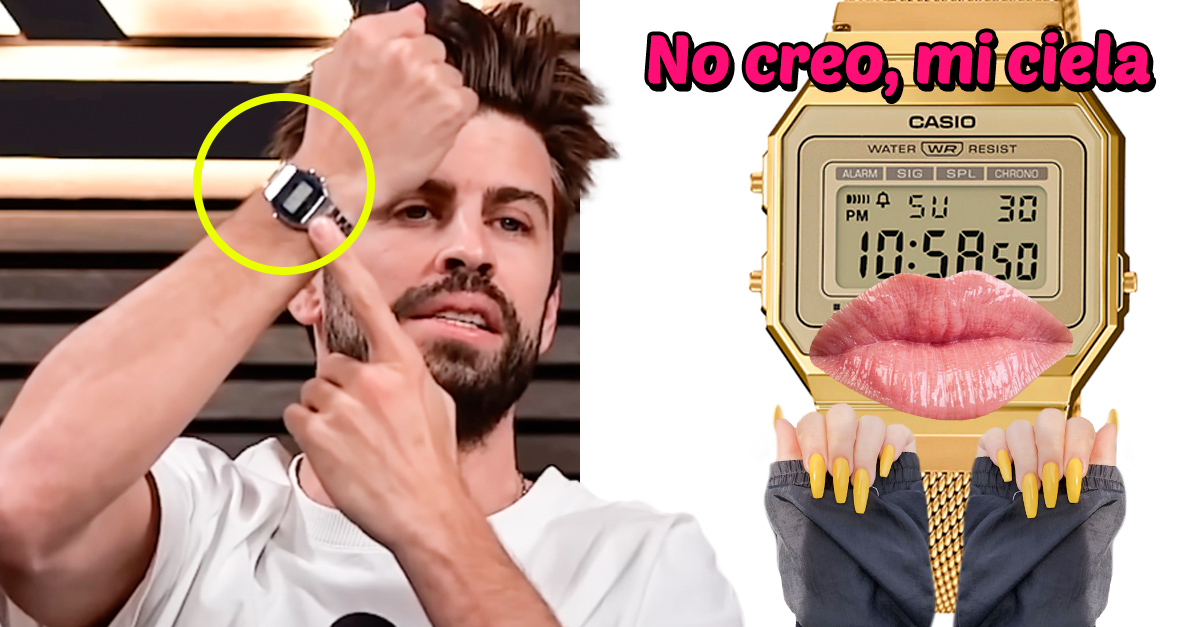 Since Shakira premiered her song in collaboration with Bizarrap, four days after its release, it has not only positioned itself at number one in music trends on digital platforms, but has also generated thousands of memes and endless debates around hints dedicated to Gerard Piqué and his girlfriend Clara Chía.

In addition to being a song with a very catchy rhythm, another of the things that stands out most about the success of the Colombian singer are the analogies with which she compares luxury brands with others with universal access, references that have generated controversy and have been used to get free publicity.

However, not only brands have tried to benefit from the newly released Music Sessions #53 by Bizarrap ft. Shakira, well, apparently, the 35-year-old Spanish soccer player took the song that the mother of her children dedicated to him in the best way. He even announced an alleged sponsorship by Casio brand watches.

In his attempt to be funny and show that his ex-wife’s song does not affect him in the least, during a live broadcast of the Kings League, the league of streamer de Piqué with Ibai Llanos, Iker Casillas and Kun Agüero, the Catalan assured that he had reached an agreement with the famous watch brand to be one of its sponsors.

Before the announcement of the alleged sponsorship of Gerard Piqué, through a publication on his official Facebook page Casio Mexico, the brand was neutral in the dispute between the two artists. In addition, it distanced itself from any commercial and advertising relationship with the league of streamers led by the ex-soccer player.

Casio’s clarification not only arises as a result of what Piqué said, but also due to the publications of a Twitter account that posed as the brand and that even released a false statement sponsoring friends streamers of the Spanish soccer player.

It is worth mentioning that Piqué has not only humorously taken the analogy of Casio and Rolex watches, but also the stanza in which Shakira says that she changed “a Ferrari for a Twingo”, which is why the former soccer player arrived at the Kings League match aboard a Twingoa moment that he shared on his social networks.

Sofía Castro defends her mother, Angélica Rivera, with everything after attacks for alleged waste of money | VIDEO

“He did a cameo, and that was the end of his story as Superman.” James Gunn denies that Henry Cavill was fired

Djokovic shines and advances to the quarterfinals