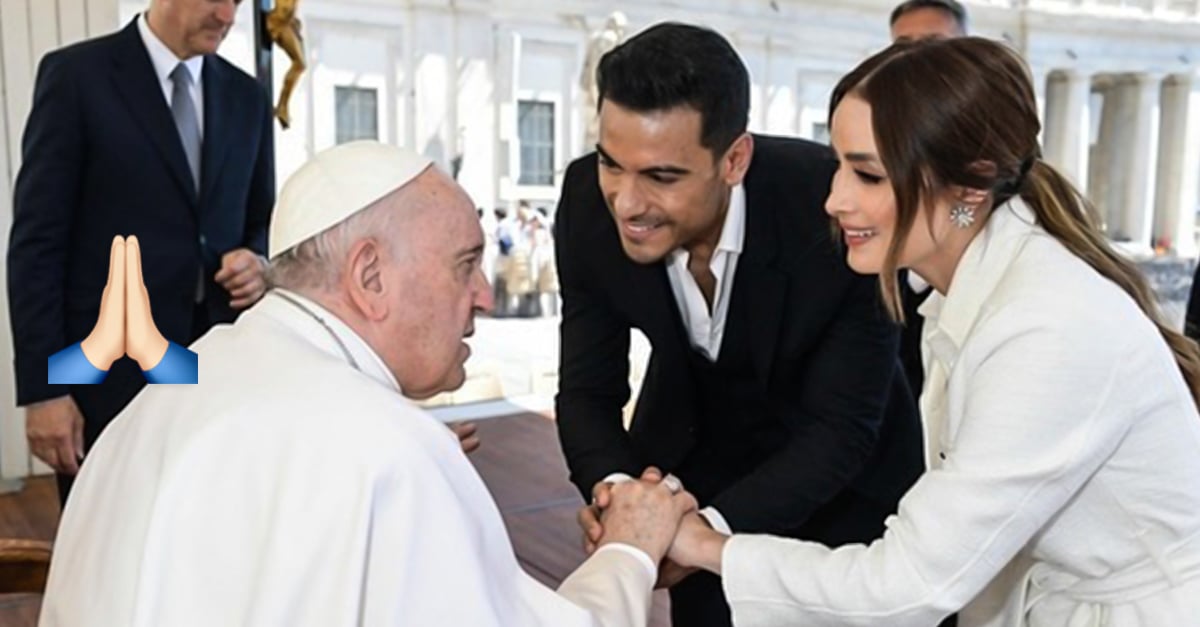 Days ago, Cynthia Rodríguez announced her temporary withdrawal from the morning show come the joy and, as expected, his decision raised several suspicions among his followers.

At first it was said that she would have moved away from the cameras to make her dream of being a mother come true, but now everything indicates that her pause on television is the product of her possible marital union with the well-known singer Carlos Rivera.

Speculation about a wedding between Carlos and Cynthia began with the circulation of some photographs in which they appear in front of Pope Francis. Although in these images, the couple looks happy and it seems that there is nothing strange in them, Internet users immediately noticed that the singer had an engagement ring on her hand and a wedding band protruded from under it.

In addition, they highlighted that Cynthia wore a white suit in front of the Pope when, according to Vatican rules, women must wear black before his holiness, since the only women who can wear white in front of the Pope are queens and women. newlyweds who want an audience and blessing.

Another detail is that the families of both singers also traveled to Spain and a few months ago, Carlos was in Puebla, Mexico, to request the services of a renowned wedding planner.

In addition, it is said that the couple sold the exclusive to a magazine and that the designers Victor & Jesse were in charge of making the family’s outfits. However, it is unknown who made Cynthia’s dress.

As for the wedding, it is believed that the couple has only been united by the Civil Registry and that the religious union will take place this coming Friday, but so far, this information has not been confirmed or denied by the couple or by their respective representatives.