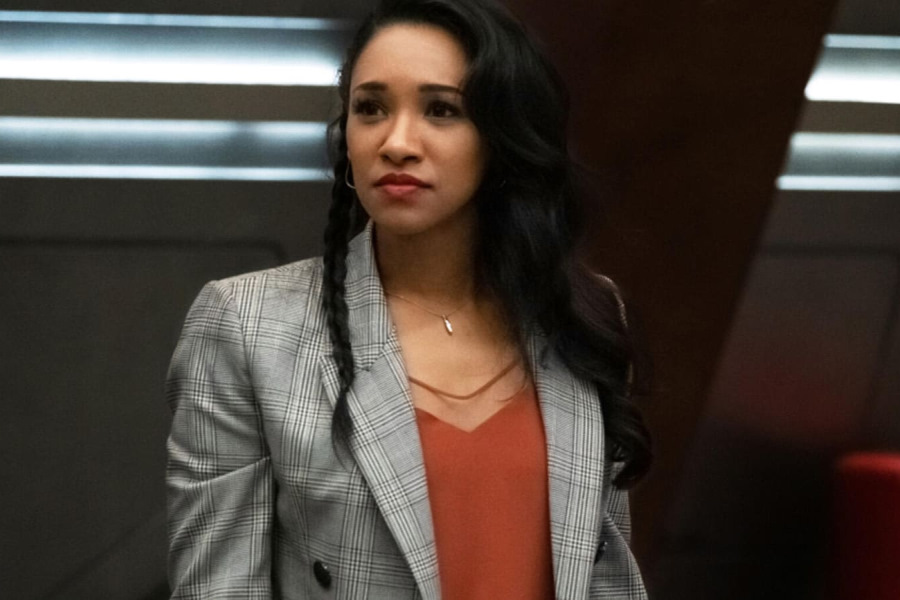 The interpreter of Iris West in the series The Flash, Candice Patton, revealed that after being selected to play Barry Allen’s romantic interest, she suffered from harassment from fans who dismissed the production

One of the big problems faced by the cast of a series based on comic book characters is harassment by pseudo-fans who do not approve of any actor or actress playing a character, such was the case of Candice Patton, who plays Iris West on The Flash.

Do not miss: The Flash: What is the fate of Iris West at the end of season 8?

One of the most important series of the then Arrowverse began broadcasting in 2014, and a sector of The Flash fans did not agree that Iris West was played by an African-American woman, so the harassment of certain fans was not long in coming. .

In an interview with The Open Up Podcast, Candice Patton revealed that The Flash production team and the Warner Bros. production house itself dismissed this harassment.

“Now people understand how fans can be racist… But at the time, (the response) was like, ‘That’s what fans are like, but whatever.’ Even with the companies that CW and Warner Bros. were working with, I think that was their way of handling it.“.

Patton noted that he even considered quitting his role on the show to stop the daily bullying.

“For me in 2014, there were no support systems… It was natural to (receive) abuse every day… It’s not okay to treat your talent that way, to let them be abused and harassed”.

Over the years, both Warner Bros. have adopted a culture against hate and discrimination, so in their social networks.

Candice Patton is one of the original actresses, along with Grant Gustin, who remain in the cast of The Flash, which will premiere its ninth season in 2023, which would be the last.

It may interest you: Does The Flash develop a spin-off series after its eighth season?

Barry Allen… is Flash. His birth gave rise to the Silver Age and his heroic death, defending the universe from a cosmic Crisis, made him a legend.

Now a new Crisis has brought Barry back to life and the Fastest Man can’t catch up with the world. With the Flash’s legacy well preserved, Barry has no other purpose except to try to solve the only mystery that eluded him in his previous life… the murder of his mother.

SMASH and DC Comics Mexico bring you Flash: Rebirth, a story authored by Geoff Johns and Ethan Van Sciver, in a volume that every good fan of the scarlet speedster should have.

Jennifer Lopez felt dying for her break with Ben Affleck

Omega X will sue Spire Entertainment for abuse and harassment

he was dead inside; he felt nothing at the end of ‘Friends’

The Neighborhood expels its drummer for sexual harassment

a comforting dish to transport us to childhood at mealtime

Frank Bullitt is back! Steven Spielberg will direct Bradley Cooper in a film based on the mythical character of Steve McQueen