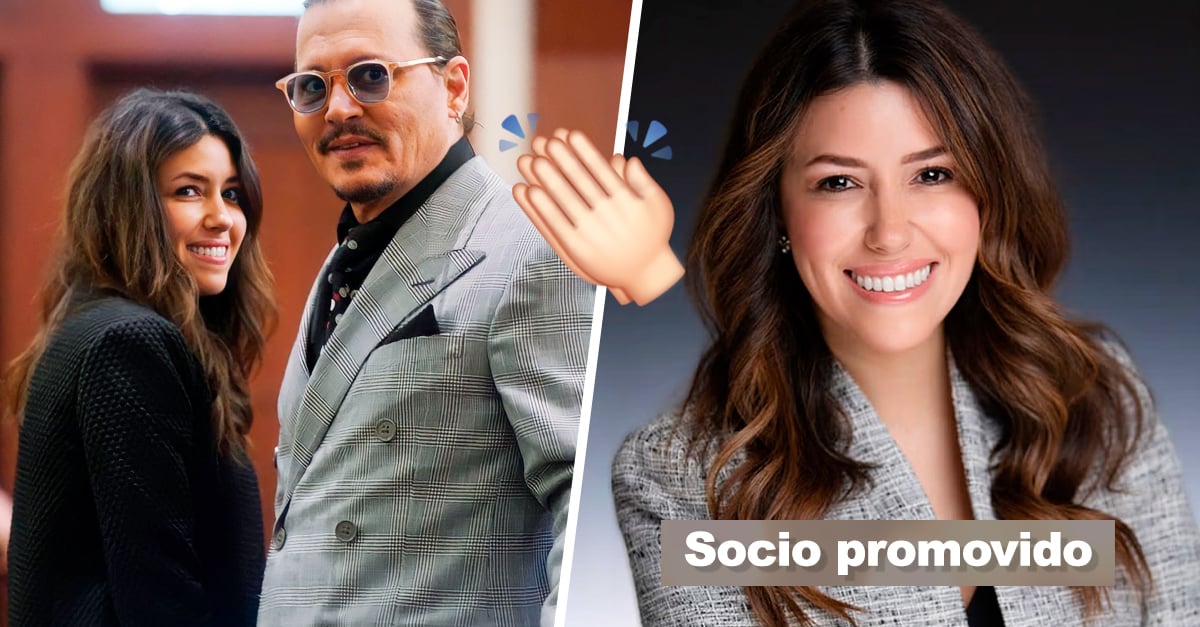 Without a doubt, one of the people who stole everyone’s attention during the defamation trial between Johnny Depp against Amber Heard, was the lawyer Camille Vasquez, since on more than one occasion she demonstrated her skills and talent for legal defense.

After Depp’s lawyer and defense team reached a verdict that ruled in favor of the actor, Vasquez has not only received endless praise for his performance at trial, but also received a promotion from the firm. of Brown Rudnick Lawyers.

The news was shared on June 7 through the Twitter account @BrownRudnickLLPwhere with a photograph of the lawyer Camille Vasquez, they congratulated her for having been promoted to partner within the law firm.

We are pleased to announce that Camille Vasquez has been elevated to partner. She was a key member of the litigation team that won a jury verdict last week for actor #JohnnyDepp in his defamation trial against ex-wife Amber Heard. Full announcement here: https://t.co/EYPjkCCqFy pic.twitter.com/LqE5Z3Ig7B

We are pleased to announce that Camille Vasquez has been promoted to partner. She was a key member of the litigation team that won a jury verdict last week for actor Johnny Depp in his libel trial against his ex-wife Amber Heard.

Vasquez’s rise arose due to his performance during the last trial, in which he was a key player along with the other nine litigators of Depp’s defense team, since his strong interrogation of Heard and the final arguments to the jury about the fact that the ex-wife of the actor had been the abuser in the relationship were so forceful that they helped to have a verdict in favor of his client.

Given the news of Vasquez’s promotion, William Baldiga, president and CEO of Brown Rudnick, assured that it is normal for the law firm to promote partners when its fiscal year ends, but that given the recent success after the Depp trial, it is not they could wait longer to announce it.

We had saved this announcement for the end of our fiscal year, but her performance during Johnny Depp’s trial showed the world that she’s ready to take the next step.

In addition, they commented that the 37-year-old lawyer who graduated from the University of Southern California is one of the most prestigious in the firm, since she has more than 10 years of experience as a litigator in high-risk disputes, including cases involving defamation, contract disputes and torts related to business and employment claims.

After her appointment, Camille Vasquez did not contain her emotion and wrote a few words to thank her recent promotion:

I am delighted that Brown Rudnick has given me his full vote of confidence in inviting me into the association. I am proud of the exceptionally talented team that I have been privileged to lead.

We are sure that it is a well deserved promotion for his hard work and, above all, that he will do very well. Congratulations, Camille Vasquez!

The Best Look Yet At Jane Foster In Thor: Love And Thunder