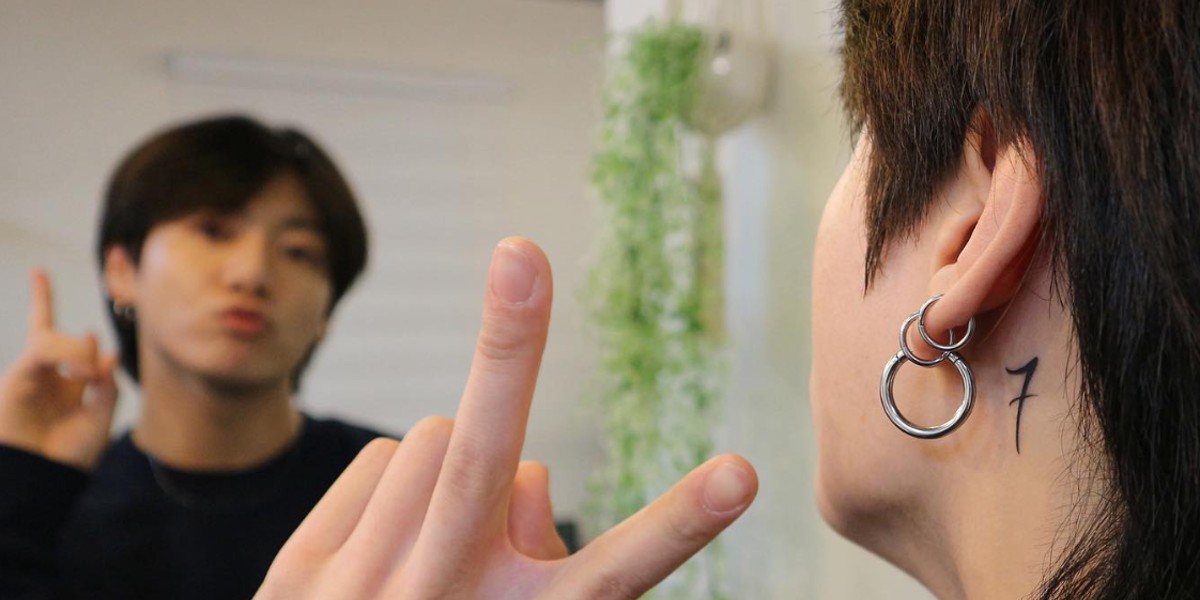 Jungkook from BTS modified some of his tattoos to give them a new look and pay tribute to the band; in addition to showing his “friendship tattoo”. Check the images.

Jungkook, from BTS, loves tattoos, he has the most of all the boys in the band. Taking advantage of that love for ink on the skin, as well as the love for BTS and the ARMY, JK decided to fix some of the tattoos that he already has, gave them a new look and the result is amazing.

The person in charge of adorning the skin of our beloved BTS Jungkook tattoos is an artist named Polyc. This is the work he did:

One eye went on to become the title of BTS’s latest album, ‘Bullet Proof’. It was incredible because you would never think that another tattoo was left underneath.

This tattoo of a hand making the rock symbol went from black and white to reddish tones, in addition to gaining some geometric ornaments. It looks much better, don’t you think?

This tattoo of a hand making the rock symbol went from black and white to reddish tones, in addition to gaining some geometric ornaments. It looks much better, don’t you think?

Another tattoo to which he put color was this microphone that, from some wood, “modernized”.

And finally, the signature of the tattoo artist: Polyc.

What did you think of these modifications? We loved it.

THIS SURE INTERESTS YOU: At last! BTS’s Jungkook and Charlie Puth announce collaboration: ‘Left and right’

Jungkook is not the only member of BTS who has tattoos, now the whole band will, since to celebrate the band’s 9th anniversary, the boys got friendship tattoos.

It is number 7, which is the number of members of the group, as well as the name of one of their albums.

This is the one from Jungkook, behind the ear

Namjoon did it above the ankle.

J-Hope also has it on his leg, from behind:

Jimin seems to have it on one finger:

V showed a photo as well, but fans think it’s a rough draft, not the final result yet.

We only need to see SUGA’s tattoo.

The Invitation: Plot, actors and what you should know about this terrifying vampire movie