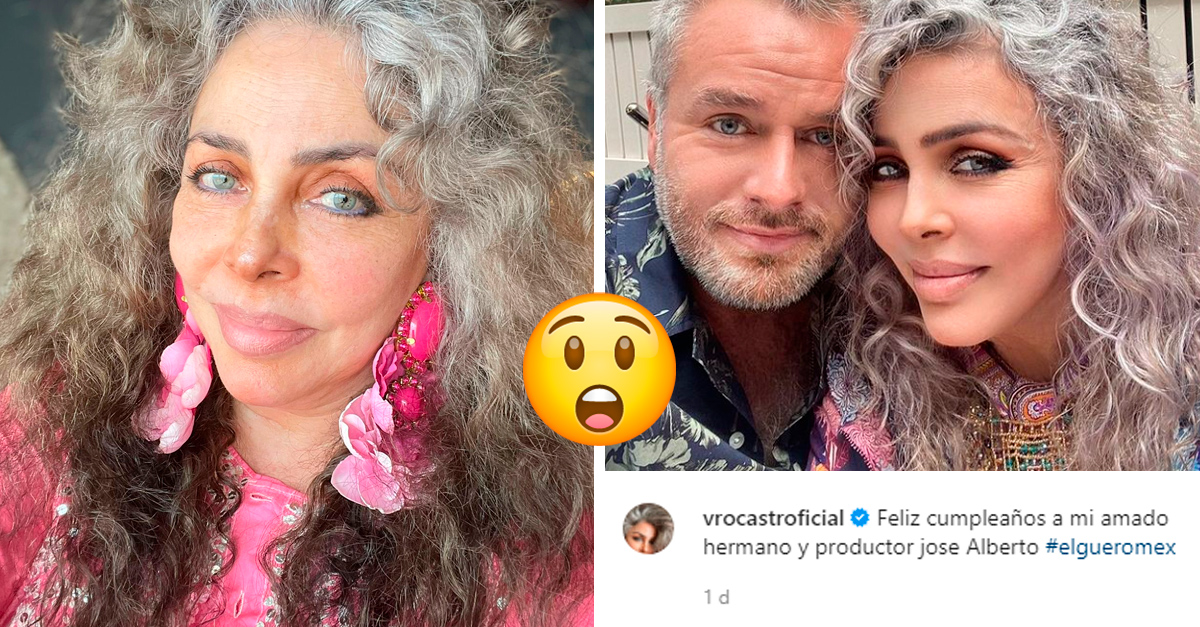 Unfortunately, the society we live in is overly judgmental of aging people, especially women. That’s why many artists use filters on social networks to hide some imperfection, either on their face or body, or the fact that they are no longer 20 years old.

This time, the one exhibited by the excessive use of filters on Instagram was the famous Mexican host Verónica Castro, who shared a photograph on her official account with her brother, producer José Alberto “El Güero” Castro, in which due to a slight touch up, they both look amazing. Also, the famous actress does not show a single wrinkle even though she is already 70 years old.

Everything was going very well with the publication of the protagonist of wild Roseuntil his brother also shared the same photo on his Instagram, but with a slight difference, since in this image they looked completely different from the one published by the driver.

The unfiltered image shared by the producer of Televisa caused controversy, criticism and comments from people who judged the actress for the excessive use of the effects of the social network, assuring that they made her brother look like someone else, since his nose looked sharper and wrinkle-free.

Faced with the criticism she received from users, joking a bit on the subject, the actress replied:

It should be noted that the publication was not only filled with negative comments, but there were also those who, especially people from the media, wrote words of happiness to see them together, since the photograph was taken in the emotional reunion between Verónica and “El Güero” during the celebration for the producer’s birthday.

pure fun without filters or limits

The Batman filters the alternative design of the Joker… It was more comic!

Man exhibits on TikTok that they sold him a painted dog

How can you use the filters of Spider-Man and other Marvel characters on Instagram?