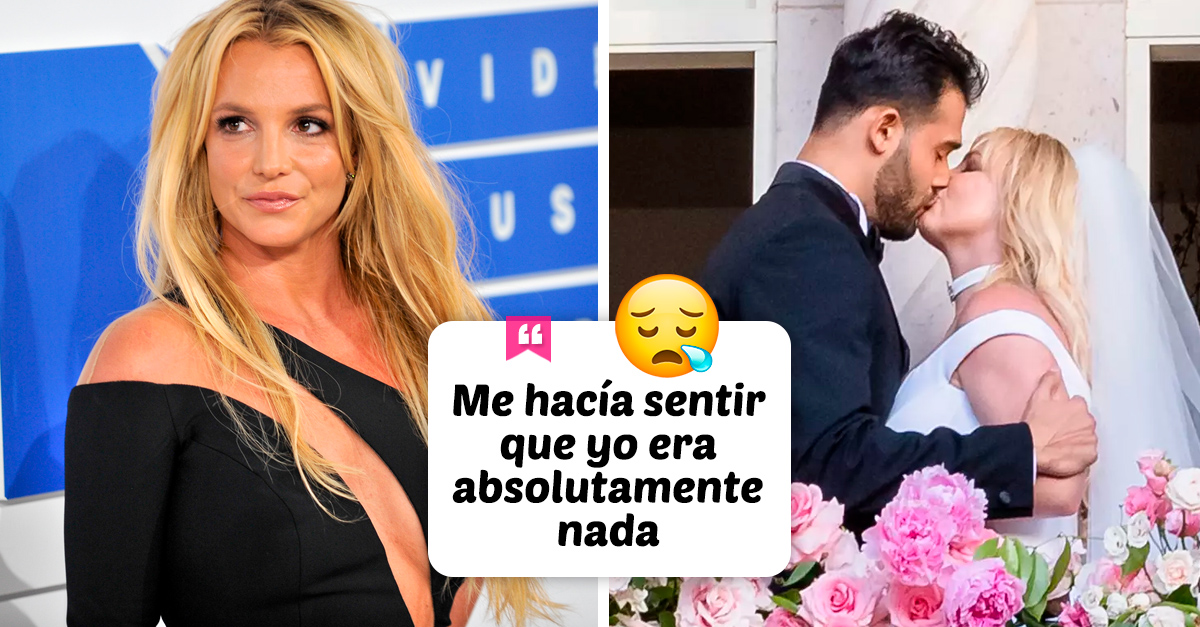 After years of living under the tutelage of her father, it finally seems to be the best moment in the life of the American singer Britney Spears, who recently shared her happiness with the world after marrying Sam Asghari.

One of the questions that has not stopped arising in the users is why no member of the Spears family was required at the ceremony and before the message of good wishes that the mother of the interpreter of Toxic shared on her Instagram, Britney revealed the real reason why her brother was not present.

The rupture in the singer’s family seems to have no going back and the gesture that they were not invited to her wedding showed that in the new stage of the “pop princess” there is no room for them, since in the past they made her a lot of damage, at least that’s what he explained in a message he posted and immediately deleted on his Instagram account.

In the statement shared on her account, Britney confessed that she has not yet forgotten all the psychological abuse she experienced during the 13 years she was under the guardianship of her father, Jamie Spears, and although the only one who was always with her was her brother Bryan, He assured that he was also an accomplice of his father during his suffering.

During the 13 years that I was under parental guardianship I was drug tested three times a week. And that I don’t like alcohol. But yes, in the meantime, I had to hear that my father went out drinking every day and that my brother ate his lobster salad with a whiskey and Coke every night in Las Vegas after my show. And sometimes before! He never let me even have a sip!

Referring to the times her wedding guests fell over from dancing and drinking, the singer talked about her decision not to get drunk at her wedding, as the theme of alcohol reminds her of her life in Las Vegas, in which she felt enslaved and forced to appear on stage without having her own decision.

Madonna fell three times, Selena Gomez fell two more and I only fell once… But it was the rose petals! In fact, I’m surprised I haven’t fallen every five minutes. And don’t think wrong, I didn’t have a single drink of alcohol! I can’t drink much, really.

The singer affirmed that at that time she did not know how much money she was generating, since her family had absolute control of her contracts and her life, to the extent that they overprotected her so that she would not consume alcohol or any other type of drug.

My father has felt power over me all my life, because he made me feel that I was absolutely nothing. You will excuse me, but the police acted more or less the same. Since they wear a star on their shirt every day, they think that already gives them the right to harass people.

Faced with the reluctant question about whether her brother was invited to the wedding, the interpreter of oops! I Did It Again confirmed that he was never required in his marriage union, since he did not want to see one of those there who did not let him have fun and who forbade him to have a drink whiskey with Coca-Cola for years.

Maybe that night would have been ideal to rub his happiness in his brother’s face, but he chose to ignore his invitations and pretend they didn’t exist. At the end of the message, Britney left a message for her brother in response when he said that she was not even able to make a reservation at a restaurant:

Maybe tonight I’ll force myself to drink a whiskey and look at the moon while I say: F*ck them! By the way, I have an assistant who makes my reservations when I go out to dinner. Or did you not know that either?

Britney Spears’s cold response to her mother after she apologized: “Go to the…”

Kraven Could Feature Up To Four Spider-Man Villains