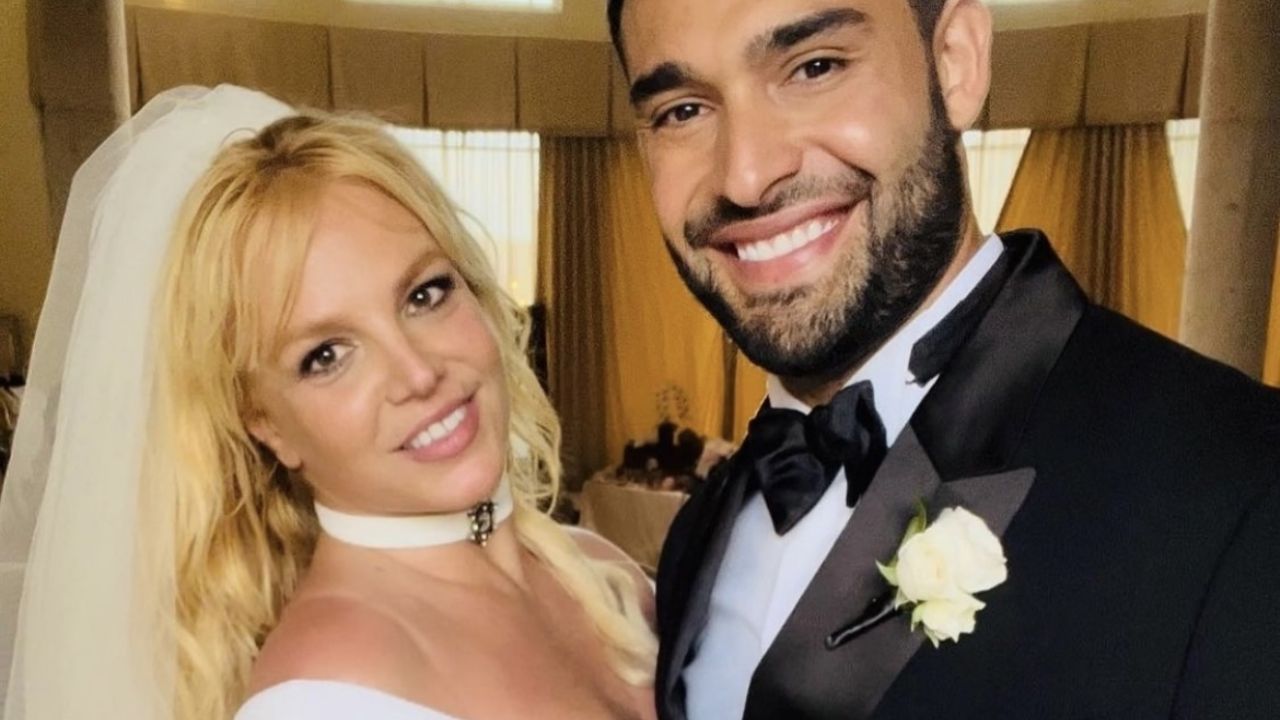 “Fairy tales are real,” he captioned the images, which he set to Elvis Presley’s 1961 hit “Can’t Help Falling in Love.”

The “princess of pop” revealed that the moments before her wedding she was very nervous and that she suffered a “panic attack” before saying “I do” at her home in Thousand Oaks, California.

“I was so nervous all morning but then at 2pm it really hit me… WE’RE GETTING MARRIED!!! I had a panic attack and then I bounced back,” the star shared in a lengthy Instagram post. Instagram. ‘Wow!!! WE DID IT!!! WE GOT MARRIED!!! Gggggeeeeezzzzz!!! It was the most spectacular day!!!’ she started her caption, ‘The team that turned our home into a dream castle was fantastic! The ceremony was a dream and the party even better!!!’ Spears continued. The singer then opened up about all of her A-list wedding guests: “So many amazing people came to our wedding and I’m still in shock! @drewbarrymore, my girl crush and @selenagomez, who by the way is much prettier in person if that’s possible, both came! she wrote.

The star also brought up his kiss with Madonna, 63, writing, “I was speechless… I kissed @madonna again and we danced the night away with @ParisHilton.” She went on to thank Italian fashion designer Donatella Versace, 67, for designing her wedding dress that made her feel “so beautiful.”

The “Womanizer” hitmaker then thanked her makeup and jewelry team, before ending her caption with a fun throwback to the previous night’s festivities. I think we all fell on the dance floor at least 2 times!!! I mean, come on…we were all VOGUING!!!’ she joked.

Spears ended the caption by professing her love for her new husband: ‘@SamAsghari I LOVE YOU!!!’ One of the snaps she shared featured some of her famous guests including Donatella Versace, Paris Hilton, Madonna, Selena Gomez and Drew Barrymore.

Other famous faces in attendance at the celebration included Ansel Elgort, Maria Menounos, Kathy Hilton and Britney’s superstar lawyer Mathew Rosengart. Paris, 41, was quick to comment on the post, writing: ‘I love you so much sister! I’m very happy for you! What a beautiful bride!

Britney also shared a photo of her and friend Willie Gomez showing off their dance moves at the after party in another Instagram post.

The ceremony, which was the singer’s third, was not attended by father Jamie Spears, mother Lynne Spears and sister Jamie Lynn Spears.

Also missing were her sons Sean Preston, 16, and Jayden James, 15, whom she shares with her second ex-husband, Kevin Federline, 44.

According to a wedding insider, the bride broke down in tears of joy at various points during the ceremony, with People reporting that she “walked down the aisle” in the absence of her father and two children.

“Britney walked down the aisle by herself. She looked absolutely stunning in her main dress,” the source said. She cried tears of happiness at times.

Hours before Britney and Sam were to tie the knot, the pop star’s first husband, Jason Alexander, attempted to crash their wedding while live streaming on Instagram, before being detained by police.

‘Suro’ (2022), review: when fulfilling the modern dream of going to live in the mountains brings destruction, toxic masculinity and emotional distance

‘Wendell and Wild’ sinks with a disastrous premiere