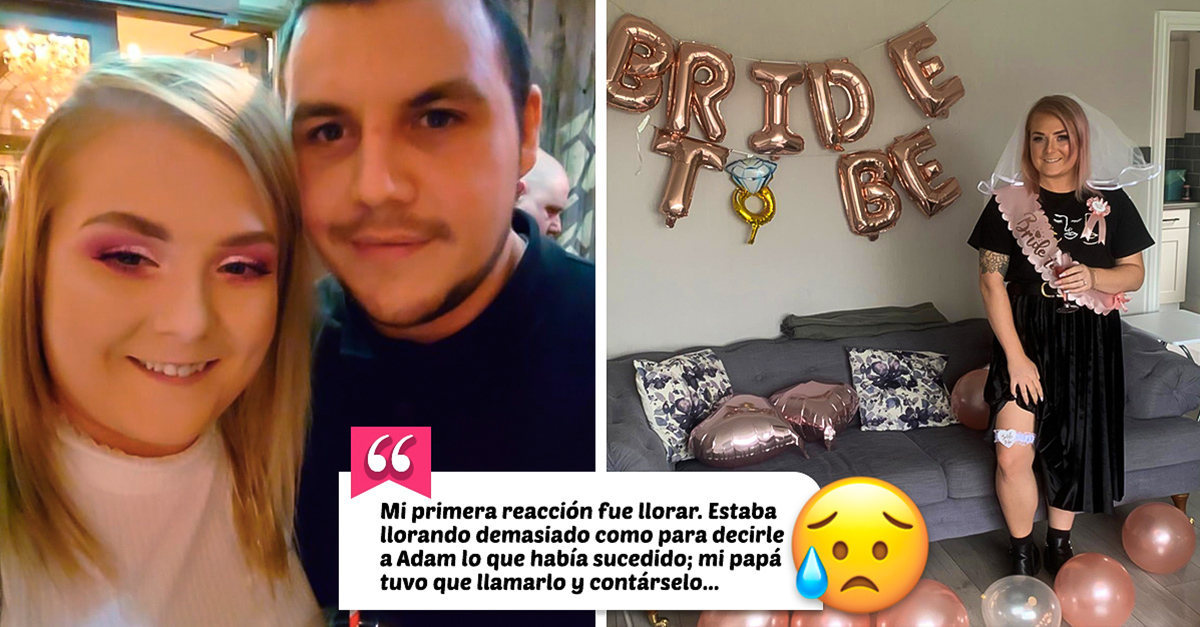 There is no worse nightmare for a bride than seeing her wedding cancelled, especially since these events are planned months or even years in advance. Unfortunately, Jade White and Adam Flitcroft went through this unpleasant moment and their story has gone viral on social networks.

The couple had been waiting for four years to arrive at the altar, but this was not possible, since the place where their wedding would be held closed its doors without giving them prior notice or reimbursing their money, a fact that shattered their dreams.

In 2018, Jade White and Adam Flitcroft began preparations for their wedding, which was to be held in July 2020, but due to the covid-19 pandemic, it was postponed on more than one occasion. Fortunately, the couple’s love survived the quarantine and the wedding plans continued.

For 2019, the couple chose the place where their ceremony and party would be held: this was the Park Hall Hotel, a hotel located in Charnock Richard, England. The couple paid a total of 10,000 pounds for the room (about 14,000 dollars) and made all the preparations for the big event, such as the bride’s dress, the groom’s suit, the rings, the cake, the decorations and They even distributed the invitations personally to each of their companions.

The couple’s plans were going as planned. The day of the wedding was about to arrive and Jade couldn’t wait another second to get to the altar, but just at that moment, she received a call that ended her dreams.

Her makeup artist called her 48 hours before the event to confirm the hotel’s address, since it no longer appeared on social networks and she even walked around the place to realize that the site no longer provided any services. She couldn’t believe what her makeup artist was telling her and to corroborate, she went to Facebook, where she discovered that the hotel had closed without giving them prior notice or refunding her money. This evidently canceled her plans.

My first reaction was to cry. She was crying too much to tell Adam what had happened; My dad had to call him and tell him.

The story was shared by Jade on her social networks and it has gone viral, but despite the spread, she has not received any favorable response to her case. The saddest thing is that her wedding will have to be postponed once and she is no longer sure about going ahead with the wedding. We hope that everything gets better for this couple and that this is just a bad time, because in the end, their love is what should prevail.

‘Westworld’ returns, ‘Irma Vep’ and ‘Father of the Bride’ arrive and more

First reviews of The Invisible Agent: Bipolarity with Netflix!

Tattoos on various parts of the body that have movement