Bratz launched its first pair of dolls from the LGBTQ+ community 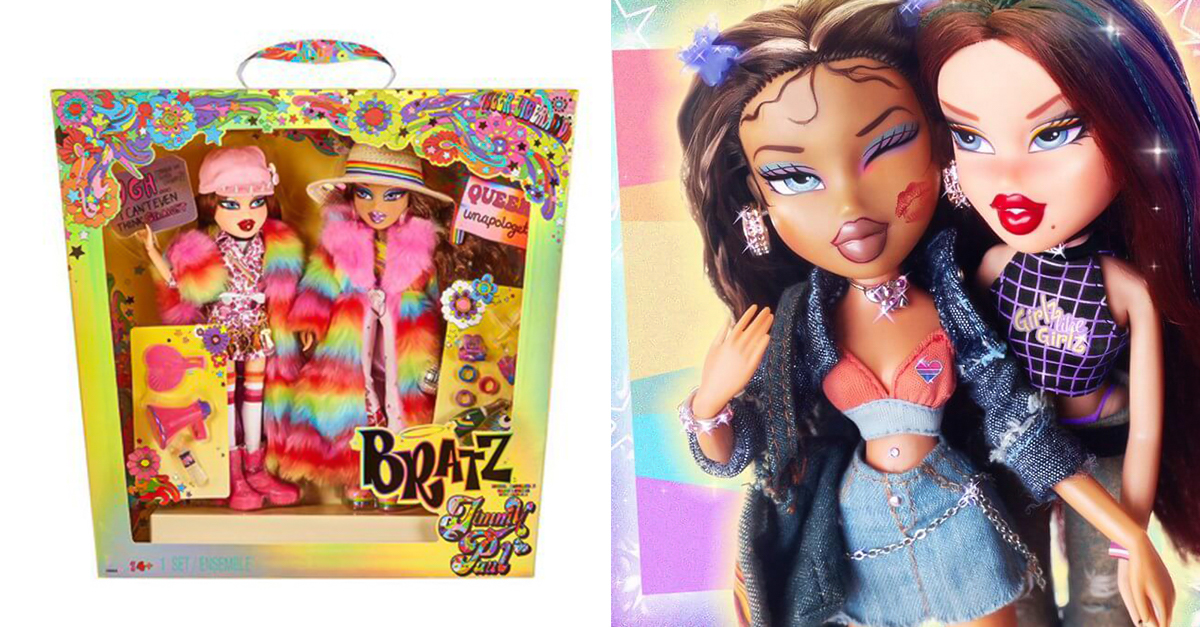 On the occasion of Pride Month, last June, the toy company MGA launched the first Bratz dolls that are a couple. The release is part of a larger collection and collaboration with LGBTQ+ designer Jimmy Paul.

MGA Entertainment, the company of American origin that has been in charge of manufacturing the famous Bratz dolls since 2001, presented Nevra and Roxxi, the two dolls who are lesbians and girlfriends. The Bratz collectibles come in packaging that features colorful artwork by Paul and can be reused as a backdrop for display.

Through a statement, MGA stated that the new Bratz were made to “honor” the many fans LGBTQI+ of the dolls, officially on sale from June 1. In addition, he reported that his charity, MGA Cares, will donate $25,000 to The Trevor Project, a mental health and suicide prevention organization for LGBTQ+ youth.

Bratz has always respected the freedom of expression to be yourself and the idea that there is no stereotype of a woman or a man. We wondered why instead of conveying the levels at the brand level, we didn’t create dolls that would give that representation and support. Until now there were no other dolls that openly represent it. It is important that both boys and girls and fans feel represented.

Although Roxxi and Nevra already existed (Roxxi performed in 2004 and Nevra made her debut in 2003), the two declared themselves girlfriends during Pride Month 2020, when Bratz introduced them on their official social media channels as a “Proud Couple! ”.

Both dolls, holding hands, wear amazing outfits and accessories in the colors of the rainbow. In addition, they come with two signs with the phrases: “Queer & Unapologetic” (“Queer and without apologizing”) or “I can’t even think straight”, (“I can’t think with quality or straight”), a kind of game of words when using “straight”, which also translates as “heterosexual”.

For the design of Nevra and Roxxi’s new release, Jimmy Paul drew inspiration from the distinctive style of the Bratz and the 1960s, when the LGBTQ+ movement gained national attention in the United States of America:

Centennial mansion from the movie ‘The Goonies’ could be yours for $1.65 million