Boy invited her to the movies, said he was going to the bathroom and didn’t come back 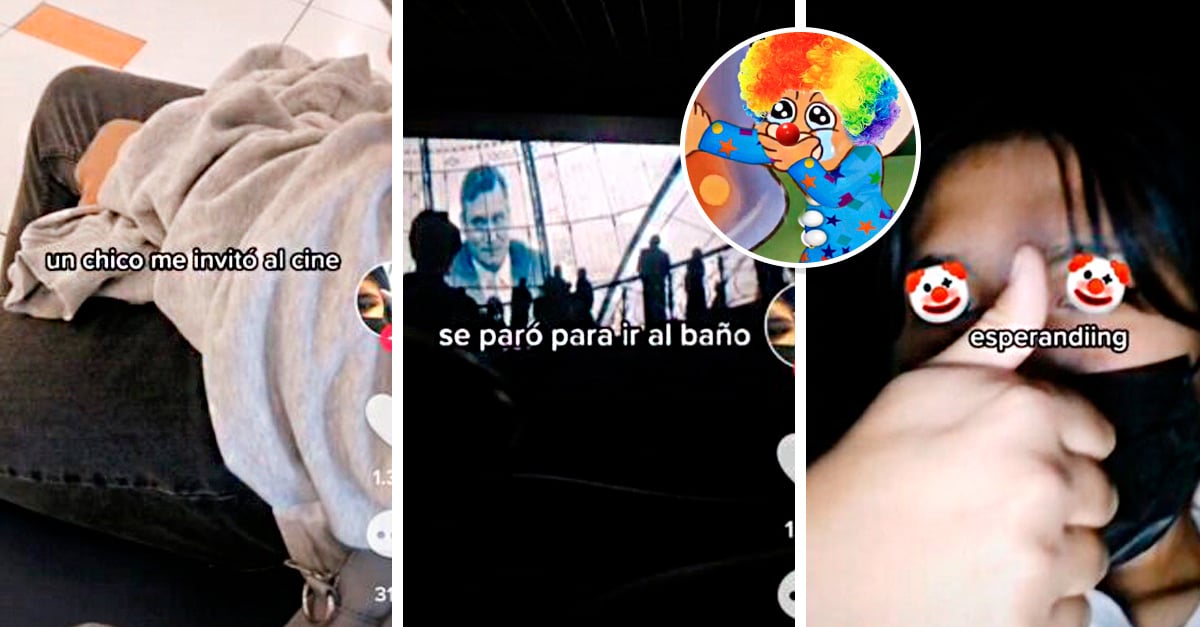 It turns out that a girl told through her TikTok account that a young man invited her to the movies, but at a certain point while they were watching the movie he told her that he was going to the bathroom, something that did not seem out of the ordinary, because between the snacks and movie trinkets one usually ingests a lot of liquid, but the sad thing about this story is that the guy didn’t come back.

They left her alone in the cinema

This girl used her account to document this unpleasant experience. Of course, at first she was very excited because maybe she is the boy she likes, and the fact that he invited her to the movies was an advance in her aspirations to have a romance.

He could not deny his emotion and shared it through this social network, but he still did not imagine that everything would take a dramatic turn and what began as an exciting day full of hope would end in a mixture of disappointment and anger.

The guy told him he was going to the bathroom, all normal, because surely it has happened to you that you want to go to the middle of the movie, or maybe, he thought, he was also nervous about this date and that’s why he went to the bathroom. There was no reason to doubt… or was there?

However, time passed and the boy didn’t come back, so now she did start to get a little tense and maybe to think that something had happened. Despite this, she took the time to catch herself while she waited.

After a while, he received a message, and as he had already sensed, this was the prelude to disappointment, when the supposed heartthrob decided to leave the place because apparently his father appeared out of nowhere and took him away.

Given this, he preferred not to question it anymore, although obviously he did not believe that story that suddenly his father arrived and “he had to go.” Afterward, she tried to take this in stride and continued to document what happened, with footage of the conversation.

Before leaving the cinema, he still took the time to take a “souvenir photo”, sure so that the next time this guy talks to him, he will remember what happened and never accept his invitation anywhere again.

To end this story, he left a moral that serves as a wake-up call for lovers: “Guys, don’t be like that”, and he’s right, because as we said at the beginning, there are other ways to get away if you didn’t have a good time. . What is not worth it is running away like that.

Lopez’s ex-husband opens up about marriage to Ben Affleck

three ways to wear it and five low-cost options