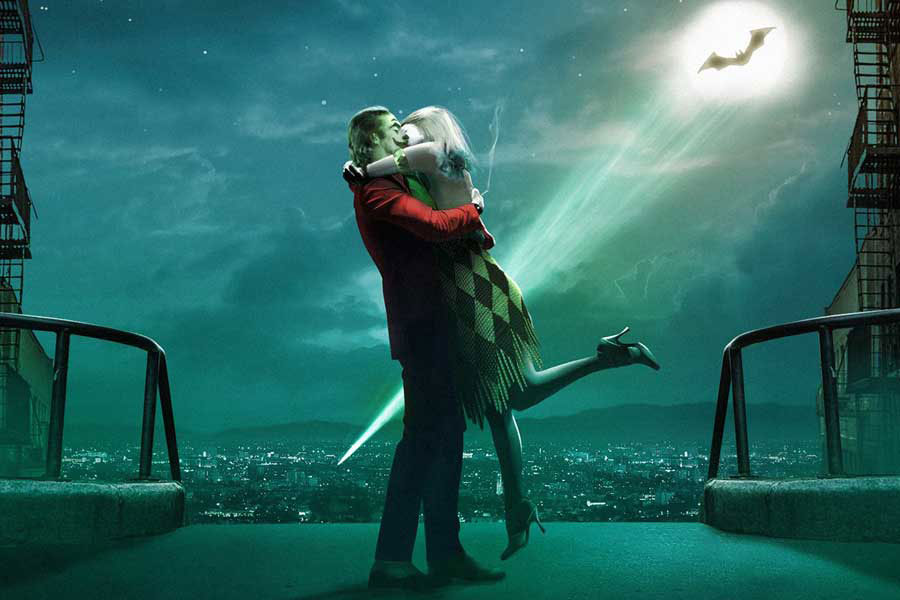 After learning that Joker 2 is looking for Lady Gaga and that it will be a musical, BossLogic recalled its 2017 Ha Ha Land poster.

In 2017, artist BossLogic created an illustration that reinterpreted La La Land, the Damien Chazelle musical starring Ryan Gosling and Emma Stone, by mixing it with David Ayer’s Sucide Squad. The image was based on one of the musical’s posters, but replaced Sebastian and Mia with Joker (Jared Leto) and Harley Quinn (Margot Robbie) under the title Ha Ha Land.

That same year, a viral video took the prank further and mashup the aforementioned Suicide Squad and La La Land. In that video, scenes between Robbie’s Harley Quinn and Leto’s Joker were used, and were edited following the song “City Of Stars” performed by Ryan Gosling, which was the most remembered piece of music from La La Land. That mashup was also called Ha Ha Land.

Now that Joker 2 is reported to be a musical and Loldy Gaga is being sought to join the cast to possibly play Harley Quinn, BossLogic has taken up his idea and updated it with Joaquin Phoenix and Lady Gaga.

On his Twitter account, the artist wrote: “Many years ago, I made a version of this as a parody, I never thought I would see a Joker musical.” And he shared his proposal for Ha Ha Land.

Many years ago I did a version of this as a parody, never thought I’d see a musical Joker 😁 #Joker2 pic.twitter.com/iMcvW3Bvka

What do you think, do you like the Ha Ha Land poster?

Do not stop reading: Joker 2: BossLogic gives us an approach to Lady Gaga’s Harley Quinn

The debut of Harley Quinn turned into a comic awaits you in our online store with:

Written and drawn by the masterminds behind the critically acclaimed Batman: The Animated Series, Paul Dini and Bruce Timm, this story reveals the origin of Harley Quinn as she proves her love for the Joker as she attempts to take down the Dark Knight…all by herself! THE BATMAN ADVENTURES: MAD LOVE also includes a look at the design process and color guides by Timm, as well as an introduction by Dini.

You can also read: