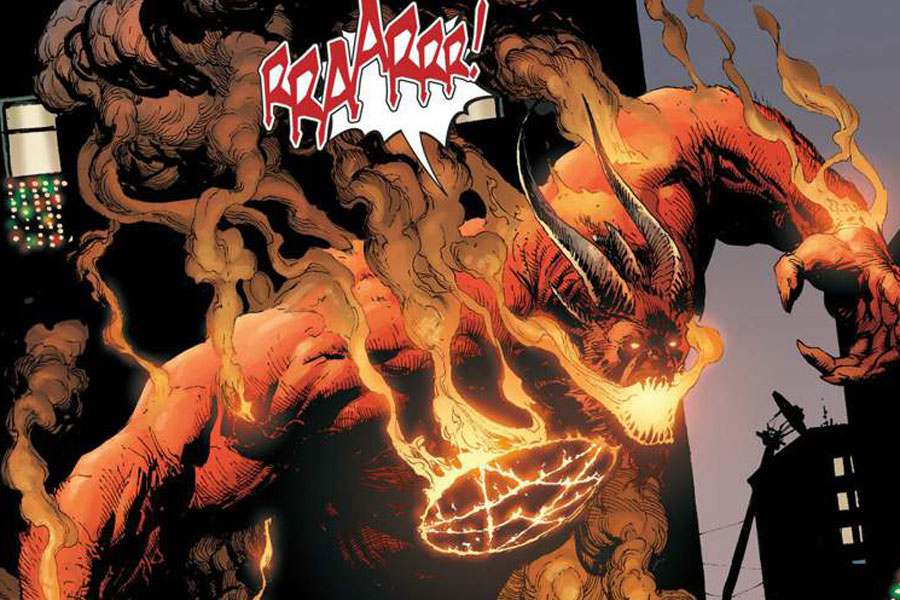 New action figures from the Black Adam movie show us the main characters, including a first look at the villainous Sabbac.

After the details about the Black Adam characters that the Funko Pops line let us see, the McFarlane Toys action figures give us a better look at these, mainly the villainous Sabbac.

Do not stop reading: Why did Shazam and Black Adam have separate movies?

Pieces are 7 inches overall with up to 22 points of articulation and include a display stand and art card. Some also include accessories. According to the description that is read in the presale, the characters are described as follows:

Hailed as the slave who became Champion, the mortal Teth-Adam was given the powers of the gods, transforming into a fearsome super-powered being with the utterance of a single magical word: SHAZAM. He freed his people from the king of Kahndaq before grief at the loss of his family turned to cold fury, and was laid to rest by his vengeful actions. Nearly 5,000 years later, Black Adam breaks free of his dream and finds himself in a world he doesn’t recognize. He now he must try to see himself not as the destroyer of Kahndaq, but as his savior”.

Wearing armor constructed of gravity-defying Nth metal, Hawkman combines his physical prowess with a strong sense of morality. The man known as Carter Hall has fought for millennia to protect world stability and he will not let anyone or anything, including Black Adam, stand in his way.”

After being subjected to nanotech experiments by evil scientists, 19-year-old Maxine Hunkel is a force of nature with the ability to control the wind with her mind. As the superhero Cyclone, she brings a social justice attitude and unique power set to the Justice Society.”

Putting on the ancient golden alien helmet of Fate, Kent Nelson transforms from gentle scholar to mystical sorcerer. One of the founding members of the Justice Society, Doctor Fate is able to forgo all emotion to foresee future outcomes, conjure terrifying illusions, and cast a spell on his opponents with power that surpasses even the powers of gods.”

“As one of the Justice Society’s newest recruits, 20-year-old Al Rothstein can transform his molecular structure to grow very tall and alter his density to become the superhero Atom Smasher. What he lacks in experience, Atom Smasher makes up for with his brute strength and an endless supply of youthful optimism.”

“Possessed by a demon, an Intergang military leader transforms into Sabbac, the only being whose powers equal Black Adam’s. Determined to take over Kahndaq and perhaps the entire world, Sabbac must be stopped, and the fiercely autonomous Black Adam may need the help of some unlikely allies to overcome him.”

Sabbac’s shadow is the acronym resulting from the names of the six demons from which he takes his powers:

A = the fearlessness of Asmodeus (indomitable will, superhuman endurance)

The Princess of the Amazons awaits you in our online store with:

Is Wonder Woman willing to die for the truth?

It’s a new day for Wonder Woman. As Diana begins to pick up the pieces of her life after her battle with the Four Horsewomen, the world of men has become more complicated than ever to navigate. It seems that everyone has an opinion on who Wonder Woman should be, with some viewing her heroics with admiration and others lying in wait to seek revenge.

A dangerous new enemy has made an appearance in our heroine’s life, and Liar Liar isn’t going anywhere. But fear not, the “reformed” Maxwell Lord, who just so happens to be the young villain’s absentee father, now cares for Diana…and as the Amazon princess is about to find out, he’s not afraid to use sharp weapons when necessary!

Five black leather bags worth investing in, discounted (and a lot) at the El Corte Inglés Outlet

VIDEO: They point to Vadhir Derbez as the person responsible for the injuries of his father Eugenio Derbez