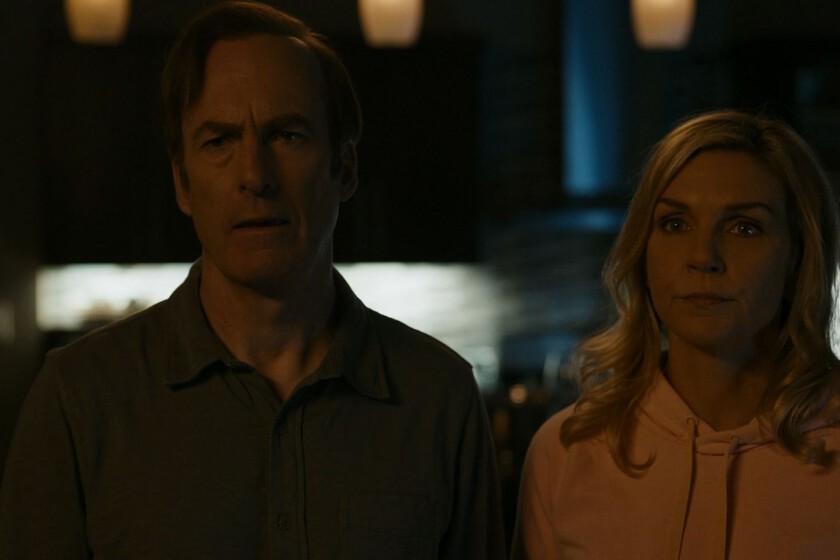 The first part of the sixth season of ‘Better Call Saul’ has come to an end with the premiere of ‘Start-up plan’, the seventh episode of this definitive installment of the ‘Breaking Bad’ prequel. Now we will have to wait until July to see its final chapters, and, as expected, the series of Peter Gould and Vince Gilligan has been temporarily dismissed – there will be no new episodes until July – in a shocking way.

Everything in the previous chapters felt like an advance in the face of a great final explosion that would turn everything upside down. That’s not to say the road has been exactly boring, whether it’s because of Jimmy and Kim’s shenanigans to sabotage Howard or because of Varga’s entire ordeal trying to avoid what seemed like certain death.

‘Better Call Saul’ has remained faithful to that calm rhythm even in this seventh episode, but things end up falling of their own weight and it was inevitable that Lalo would end up getting in touch with Jimmy and Kim again. Until now he has been a bit in the dark, plotting how to execute his revenge -this same chapter has affected it with his difficulties in reaching Fring-, but the time has come to blow everything up.

It is true that the great impact caused the cold-blooded murder of Howard It could be seen as a way to nullify everything related to its plot in this season, but at the moment of truth it was a necessary transition so that Jimmy and Kim’s fall into hell feels like a natural extension of his attidude.

And it is that with the character of Bob Odenkirk long ago that would have been even logical, but with the Rhea Seehorn It has been in these episodes that he has shown his most corrupt and ambitious side, thus adding more uncertainty to the future of Kim, the great unknown of this final season of ‘Better Call Saul’.

point of no return


Now it will be necessary to see what is the path chosen by those responsible for the series. The most logical thing is to think that it is not a simple way to settle scores, but that Lalo has done this so that Jimmy and Kim help him in his crusade against Fring and that that show of force It has been as much to get rid of what for him is a mere inconvenience as to make sure that the two lawyers will do whatever he asks of them.

Let’s also not forget that the rest of the episode has had a lot of chess on the two main plot lines. On the one hand, Mike showing off his ability to anticipate any possible threat and on the other Howard seeing how everything falls apart in that work meeting.

The point is that even in those moments there was room for that humor so characteristic of the series, but I suspect that we will soon see it again in the remaining six episodes to the end of ‘Better Call Saul’. It’s not that things never stopped being serious, but now there really is no room for lightness.

The path is already clear and it only remains to be seen what the casualties and collateral damage are. And also how exactly is the connection with ‘Breaking Bad’ going to be, which has already been confirmed to be Bryan Cranston and Aaron Paul They were going to drop by here. Looking forward to seeing it.