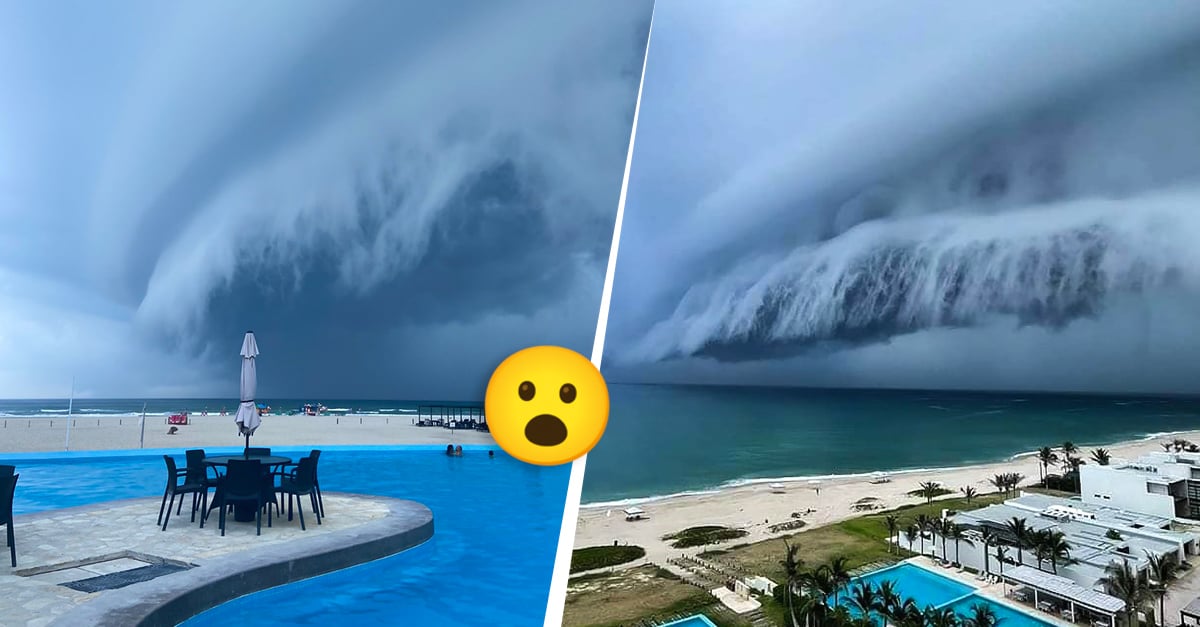 Not to believe! On Thursday, July 14, rains were recorded in Tamaulipas and Veracruz, Mexico. However, these did not cause great damage, but they did cause the appearance of a large cloud that covered Playa Miramar.

Residents and tourists took photos and videos of the impressive cloud, which they later shared on social networks, unleashing theories such as the announcement of the end of the world or an alien visit. However, the origin of this cloud is not from another world, but a natural cause that we explain here.

WOW! My family from Tampico sent me today these photos of Miramar beach in Madero 🏝

The images shared by residents and tourists in Playa Miramar surprise Internet users both for their beauty and for their resemblance to an apocalyptic movie scene.

But that’s not all, because a theory was also popularized on the internet that says that there is an alien base in Playa Miramar and that aliens take care of the southern area of ​​Tamaulipas.

However, the theories in social networks are far from reality. According to the Civil Protection Coordination of Tamaulipas, the cloud in the sky is known as cumulonimbusbow cloud, or shelf cloud and “is essentially the leading edge of the cloud, rising warm, dry air cooled by cooler rain from the interior of a thunderstorm.”

The peculiarity of this cloud is that it can move at high speed and can have an extension of several kilometers, just like the one seen in Playa Miramar.

Lindsay Lohan returns with ‘Christmas hit’; here is the trailer

Demi Lovato announces her retirement in a message on her Instagram

ideal designs to combine with skirt and pants

Jay B announces new album, when is Be Yourself released?