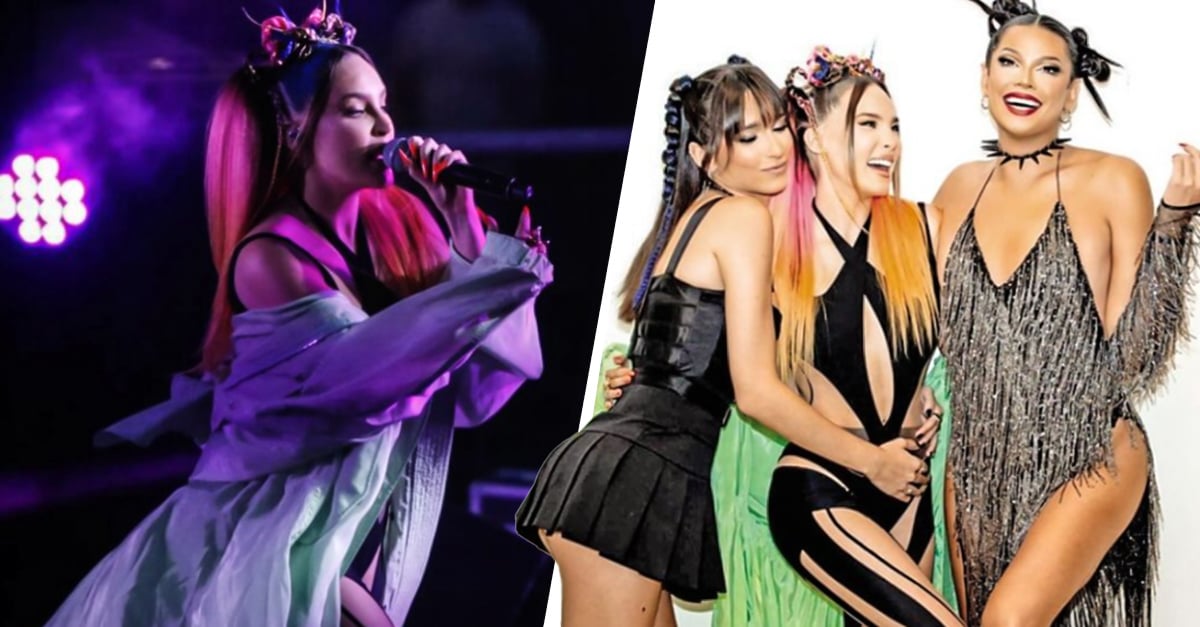 After 12 years without appearing in a film or television production, after her breakup with singer Christian Nodal, Belinda resumed her career as an actress and began to appear in projects such as the Netflix series welcome to eden.

Although by resuming her work in acting, it seemed that she would put aside her musical career, it was not so, since the interpreter of Beautiful betrayal He has alternated both careers, since he recently had a presentation in Monterrey, Mexico, as part of the Machaca festival poster.

However, that was not the last time he went on stage, since a couple of days ago he gave a concert in the Plaza de Pedro Zerolo, in Madrid, Spain, in which he surprised all his fans when kissing two women in his presentation during the pride march.

It turns out that on July 6, Belinda appeared at the Madrid pride parties known as MADO (Madrid Pride), which take place on the weekend after June 28, the date on which International Day is celebrated. of LGBT Pride. During her presentation on stage, the also actress, very much in the style of Madonna when she kissed Britney Spears and Christina Aguilera, she kissed two Spanish women.

Valentina with Belinda and Lola Rodríguez kissing at the pride march in Madrid 🇪🇸 pic.twitter.com/FFOkupmGMI

Thanks, I love you! And long live the pride. Thank you, I love you with all my heart.

The women who witnessed the “kiss of three” with the singer during the event were the actress Lola Rodríguez, who acted alongside Belinda in the recent Netflix series, while the other girl in question was the drag queen Valentine.

After the kiss, between shouts of emotion and applause, the three shouted at the same time “Long live pride!”, thus ending Belinda’s participation in the event for pride.

As expected, the kiss of the interpreter of Light without gravity It caused controversy on social networks, where some users criticized it, while a few others congratulated her for being open to this type of issue.

After her performance at the pride concert, Belinda continued to celebrate with her friends from the LGBTQI+ community at Lila Club, a famous bar in Madrid, where she performed her recent song 12 hourswho sings a duet with the Spanish singer Ana Mena.

Belinda sends a strong message to her brother: “He has forgotten the family” | VIDEO

hairdressing results at home for less than 45 euros

Woman is criticized for having 11 children from 8 different fathers

the secret behind the characteristic colors of anime