Before stealing a mower, he cut his victim’s lawn 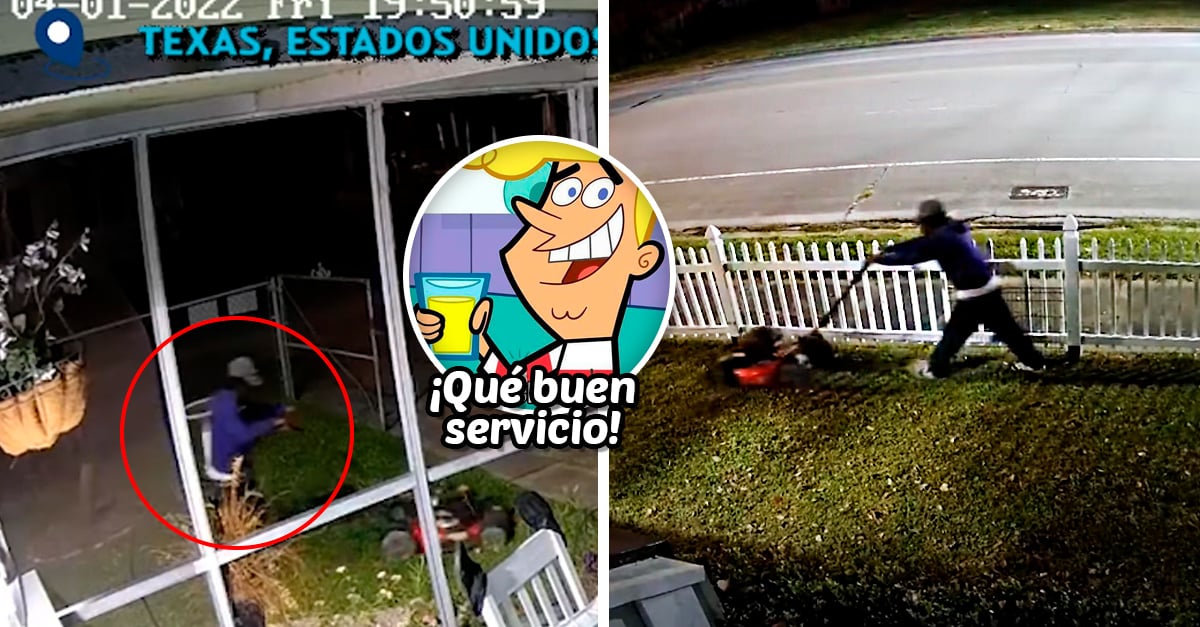 Many might think that people who have the bad habit of stealing have no values ​​or the slightest idea of ​​what respect means, but, as in everything and as strange as it may seem, there is always an exception to the rule. An example of this is the case of a thief in Texas, who, upon entering someone else’s house, grabbed a lawn mower that he intended to steal and cut the lawn of his victim’s yard.

According to information provided by the Port Arthur Police Department, in the state of Texas, United States, the thief goes by the name of Marcus Renard Hubbard, who entered a home last night on April 1 in order to steal some belongings. of value.

Right away, of all things, what caught Marcus’s eye was a lawn mower. Despite having time against him to avoid being discovered, the man gave himself a few minutes not to leave without first tidying up his victim’s garden.

The peculiar act of this considerate assailant was recorded by the security cameras of the home, images in which he can be seen mowing the grass with great effort from one side to the other.

It seems that he was not in a great hurry to escape, since the elements of the police assure that before mowing the lawn, he was in charge of putting fuel in the mower, since he did not have enough to leave the garden of the robbed house tidy.

It should be noted that at the time the man entered the home, the house was alone, but it is a home guarded by the police, who noticed the situation, so he made an appointment at the place and arrived just when Hubbard was about to finish the front yard.

realizing he was found out red-handedthe assailant tried to flee with the mower in hand, but he only managed to advance a few meters, since he realized that he was not going to achieve his goal, so he left the lawnmower halfway and fled.

Although the police failed to arrest him, at least they discovered his identity and began to ask for the collaboration of citizens to find the whereabouts of this garden thief.

R. Kelly, currently in prison, must pay thousands of dollars to compensate his victims

drug stories must dignify the victims

The most comfortable jeans that you will wear in autumn are elastic, slim cut and Replay lowers them in the offers of El Corte Inglés

Between France and Singapore

Actor Ignacio López Tarso is hospitalized in an emergency