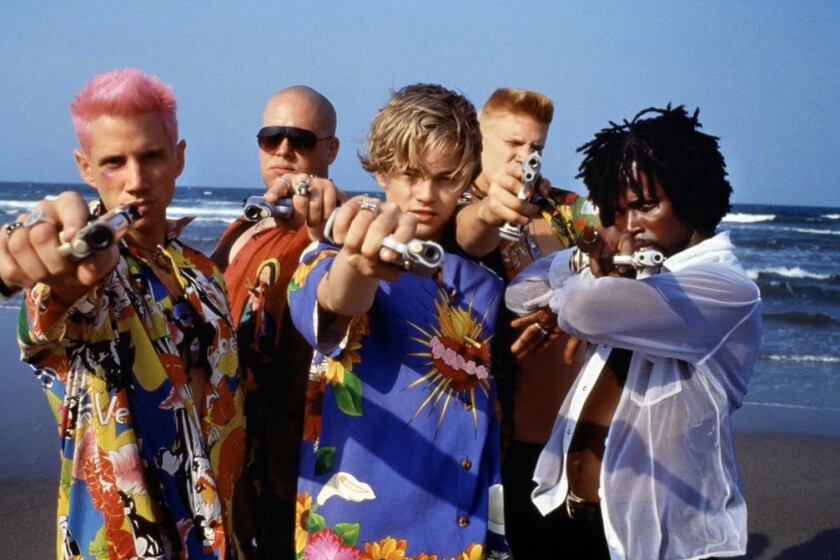 Continuing with what I commented not long ago as a result of ‘Ran’ of the relevance that the works of William Shakespeare continue to have, another attractive factor of his work is that it can be presented in different ways. Free adaptations can be focused on, such as those by Akira Kurosawa or others such as ‘Men of respect’ that focus on it from the mafia genre.

Then there are those who do the direct adaptation, but still do it in their own way. Baz Luhrmann himself, an expert in do your own way any project that arises, be it La Traviata, ‘The Great Gatsby’ or the life of ‘Elvis’. But before all of them she took Shakespeare, he put him in a centrifuge, and he did ‘Romeo + Juliet by William Shakespeare‘. A shocking movie that we can see on Disney +.

From hate to love

The story pretty much follows the thick lines of the original script. Two great families dispute the domain of the city, the Capuletos and the Montagues, faced as mortal enemies. However, at a party organized to engage Juliet (Claire Danes), the daughter of the Capulets, she ends up having an instant crush on Romeo (Leonardo DiCaprio), who belongs to the Montague clan.

A tragedy almost as old as time itself, with love in clear clash with an armed conflict between clans. We have also seen it freely adapted in ‘West Side Story’ and in ‘China Girl’. But Few get that air so free and so punk that Luhrmann got in this his second film. The things that came out ahead in the cinema of the nineties.

But what he does is remarkable. the australian director already shows a very marked visual and narrative personality, giving a tremendous rhythm to the story that matches its most ornate and bizarre aspects. If the story of Romeo and Juliet did not convince you before, it is difficult for this one to convince you since it amplifies all its qualities to the fullest.

The crime movie details he brazenly uses for the film’s non-romantic plot, as well as a wild and diverse musical selection, provide the sauce that makes this film so charismatic and remarkable.

A cannon shot of rhythm get to be the best possible version of what you aspire toin addition to launching some fabulous Leonardo DiCaprio and Claire Danes.

Because of the way in which he develops his own voice, although without yet fully launching himself into his worst tendencies, ‘Romeo + Juliet by William Shakespeare’ could very well be the best work of Baz Luhrmann. At least, it comes from within me to assert it. Although I have doubts about it after finally seeing ‘Elvis’.

Henry Cavill gets a weird update as Superman