‘Baymax’, the Disney series that talks about menstruation 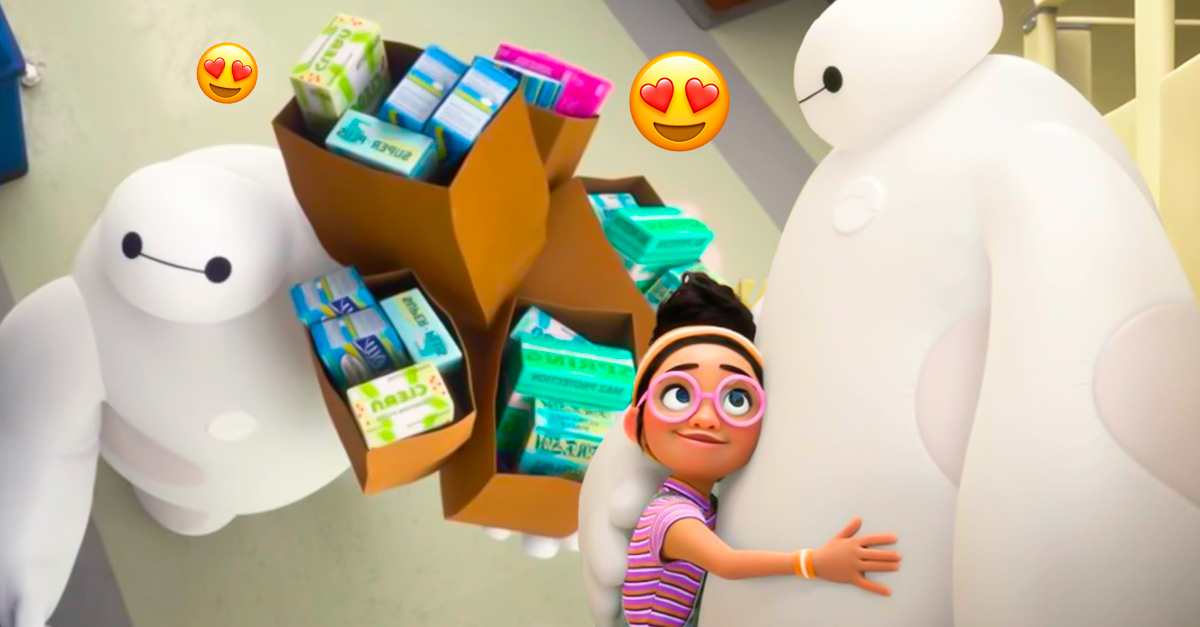 In recent years, Disney has been responsible for being more inclusive in its productions, gradually integrating characters trying to normalize different body types, gender identity and even began to address issues of natural body changes. , like menstruation, including a scene about it in the movie Net.

It seems that this will not be the only title of the house of Mickey Mouse that talks about menstruation in women, since in his recently released series Baymax included a complete chapter in which they show the experience of a girl facing her first period.

After the success of the movie Big Hero 6 In 2014, the Disney+ platform premiered the miniseries of Baymax, in which the friendly robot focuses on what he does best: helping others. Although at first it was believed that it would be a production with little importance on the platform of streamingrecently became a trend due to a chapter in which he talks about an important issue in the education of children.

During chapter three of the series, we see Sofia, a 12-year-old girl who, on a normal day in high school, when going to the bathroom, realizes that her first period is happening, so, scared by the situation , is discovered by Baymax, who is looking for a way to help her get through this bad time.

In his act to help Sofía, the friendly robot goes to a shopping center to buy sanitary pads, where, fortunately, he meets a woman, who asks for recommendations on the best product to use in such cases.

However, she was not the only one who offered her help, since after her request, a group of men and women began to show her and pass her different types of tampons and sanitary pads that adapt to all kinds of needs.

Returning to the bathroom with Sofia, Baymax hands her a myriad of products for her to use whatever she likes. As it is her first time, the little protagonist does not know what to do and in addition to colic, she goes into crisis when she learns that she will no longer be a girl.

After some time in the bathroom, the robot talks to Sofia and manages to calm her down, just in time before her participation in the high school talent show, in which she had signed up with her best friend.

Apparently, Disney is trying to normalize talking about towels, tampons and menstruation, topics with which it seeks to eradicate taboos in this regard and, above all, for girls to stop feeling sorry about it.

New species of insect in Serbia is named after Djokovic

‘Icarus and the Minotaur’ (2022) review: an endearing adaptation of Greek mythology that the whole family can enjoy

Actors, producers and DC Comics say goodbye to the voice of Batman