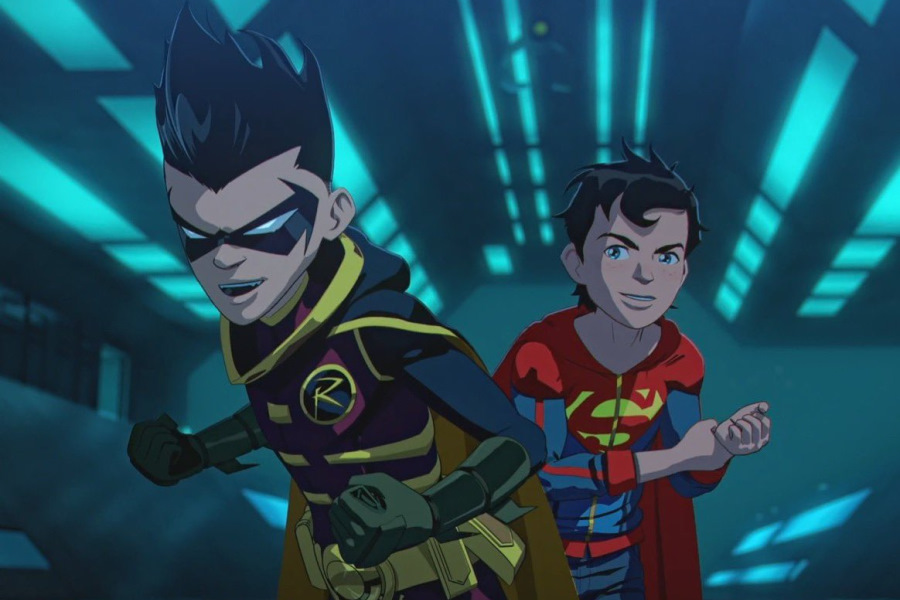 Robin and Jon Kent join forces in the first trailer for the animated film Batman and Superman: Battle of the Super Sons, an upcoming project from DC Comics and Warner Bros. Animation

The new generation of superheroes raise their hands in the new animated film Batman and Superman: Battle of the Super Sons, which already has its first trailer.

Do not miss: Batman and Son: What led Grant Morrison to create Damian Wayne?

Warner Bros. Animation and DC Comics have officially released the first trailer for the animated film Batman and Superman: Battle of the Super Sons.

When Starro the Conqueror and Lex Luthor have mastered the minds of the Justice League, it’s up to Robin and Superboy to spring into action before it’s too late.

The voice cast in its English version will be headed by Jack Dylan Grazer, who we saw in Shazam!, in addition to Jack Griffo and Laura Bailey.

Batman and Superman: Battle of the Super Sons will arrive in home video formats in the second half of the year 2022.

It may interest you: Jon Kent, the son of Superman, could have his television series

Dark Nights: Death Metal, the event of the year in SMASH and DC Comics Mexico

Scott Snyder and Greg Capullo return to the stage! The legendary team behind Dark Nights: Metal and Batman: Last Knight on Earth reunites for one last concert. When Earth is engulfed by the Dark Multiverse, the Justice League is at the mercy of the Batman Who Laughs.

Humanity struggles to survive in a twisted hellscape, beyond recognition, while Batman, Wonder Woman and Superman have been separated and fight to survive.

SMASH and DC Comics Mexico bring you DC Comics Deluxe: Dark Nights: Death Metal, a world-class event that will impact the foundations of the DC Universe and what you have known.

It’s from Sfera and super warm

Snapchat invites you to an immersive Halloween

Fantastic Four kicks off Phase 6 of the MCU in 2024