Batman, King Shark and Bane on the Season 3 Poster 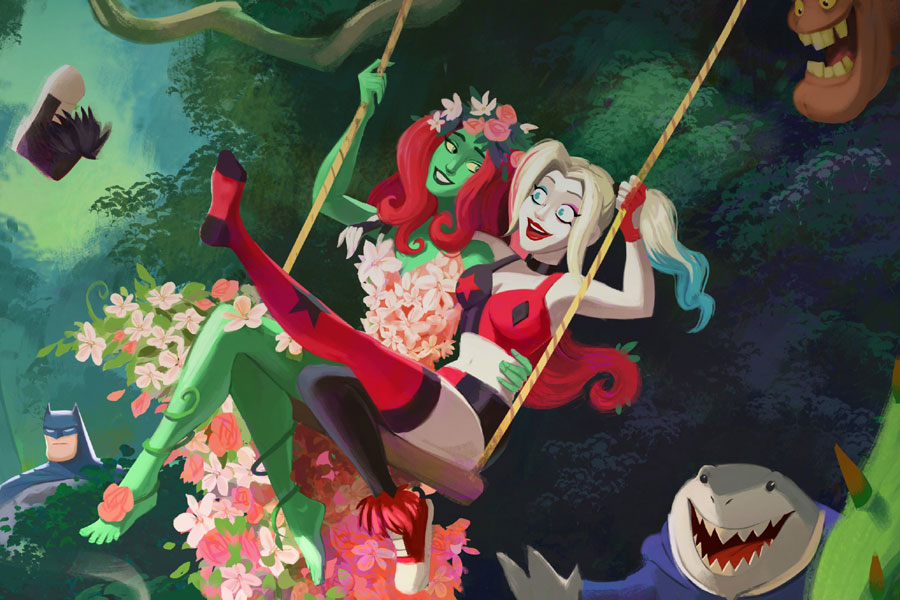 Season 3 of Harley Quinn will arrive on the HBO Max service on July 28, and in anticipation of its premiere, the first poster of the animation was released.

Do not stop reading: James Gunn already wants to see his cameo in the animated series Harley Quinn

In the poster, we see Harley and Poison Ivy surrounded by Batman, Jim Gordon, King Shark, Bane, Frank, and Clayface. Take a look at the Harley Quinn season 3 poster and let us know what you think.

The chaos and madness continue in the third season of this scathing and hilarious adult animated comedy series. Concluding her comic book spin-off series ‘Harley Quinn: The Animated Series – The Eat. Bang! Kill. Tour’, Harley Quinn (Kaley Cuoco) and Poison Ivy (Lake Bell) return to Gotham as DC’s newest pair of villains. Along with her gang -King Shark (Ron Funches), Clayface (Alan Tudyk) and Plant Frank (JB Smoove)-, ‘Harlivy’ strives to become the best version of themselves, while working on the long-awaited plan of Ivy to transform Gotham into a paradise of Eden.

For Harley Quinn and Poison Ivy there is nothing more fun than breaking the law accompanied by your best friend!

Writer PAUL DINI and artist BRUCE TIMM, the creative minds behind the celebrated Batman: The Animated Series, continue to collaborate on their award-winning story BATMAN: MAD LOVE with another story, featuring the insane yet loyal Harley Quinn, this time teaming up with Poison Ivy. The duo’s latest plan will take them from the streets of Gotham to the jungles of South America, and from there to the bright lights of Hollywood!

This fantastic edition brings together the complete BATMAN: HARLEY AND IVY miniseries, as well as over 100 pages of other Paul Dini stories featuring these Best Friends Forever.

Becky G and her powerful message to women at the Billboard Latin Music Awards: “Together we are more”

‘Succession’ is best drama series for the second time