Batman Begins The idea that became the series Smallville? 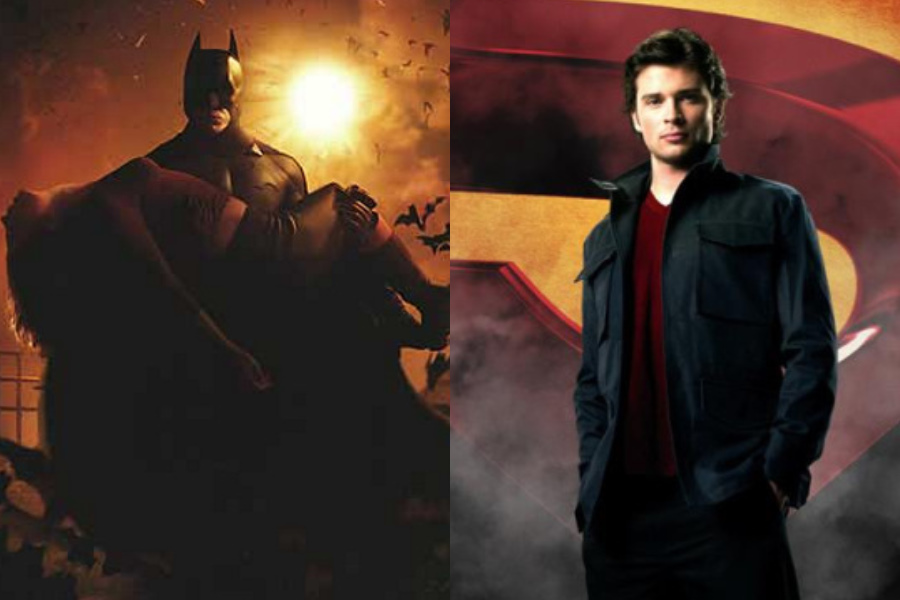 True, Batman Begins is from 2005, but his initial idea was the trigger for one of the most successful DC Comics series, Smallville, to be developed in 2001.

Between 2001 and 2011, the CW chain gave us one of the most important series in the history of DC Comics, Smallville, a series whose idea was born thanks to a project that years later became Batman Begins.

Do not miss: Smallville’s easter eggs and their deep respect for the Superman mythology

Created by Alfred Gough and Miles Millar, Smallville began broadcasting on October 16, 2001 and ended on May 13, 2011, with 217 episodes divided between 10 seasons, where the story of Clark Kent was told, before becoming Superman.

But this story was not originally going to focus on Kent’s life as the protagonist, as Warner Bros. Television director Peter Roth thought of the story of how Bruce Wayne became Batman.

The beginnings of the legend

In 1999 Peter Roth, who took over as head of the Television division of Warner Bros, looked for a way for the studio to produce series for The WB (now known as the CW), since incredibly no Warner Bros. shows were broadcast. in that chain.

Mike Tollin and Brian Robbins, whose production company Tollin/Robbins Productions had a contract with Warner Bros, brought to the table an idea for a series with the history of Bruce Wayne and his path that would lead him to become Batman.

If life doesn’t give you bats… take Kryptonians

For this idea to crystallize there was a small big obstacle, since Warner Bros retained the Dark Knight for the big screen, so the refusal on the part of the film studios to support the television division was evident.

Warner Bros. Pictures was developing an idea to tell the story of how Bruce Wayne becomes Batman, based on Frank Miller’s Batman: Year One.

Faced with the possibility of using Batman for a television series, Peter Roth knew that if the bat was not available, it was time to go back to the origins of DC, and tell a story about Superman.

Susanne Daniels, head of the entertainment division of The WB network in 2000, recalled how Peter Roth told her the story of how to develop the series centered on Clark Kent’s high school years, before becoming Superman.

“My lunch was getting cold as he delivered his speech. ‘Superman… young Superman,’ said Roth. ‘He is Clark Kent in high school in his hometown of Smallville, just as he realizes that he has superpowers. Don’t you think he’s perfect?’ “Superman!” I responded in disbelief.” Don’t you think Superman is done, Peter? Really? Is it possible that Superman will be back in fashion? Within a few weeks, he was eating my words.”

Those in charge of developing the series were Alfred Gough and Miles Millar, who were working at that time on a series called The Srip for the UPN network, with which The WB would merge years later to become The CW.

On October 16, 2001, The WB network signal broadcast the first episode of Smallville, a series that over time began to add viewers to one of the most acclaimed stories of the Man of Steel.

While in 2005 Christopher Nolan and David S. Goyer managed to tell the story of the origins of the Dark Knight in Batman Begins, the trigger for the success story that Smallville became.

It may interest you: Top 5: The Batman villains who could make it to Christopher Nolan’s trilogy

This is what the boy who played Bruno Díaz in Batman Begins looks like!

Tacca Chantrieri: The Flower of Batman

Christian Bale, an actor on the edge

The School of Good and Evil, trailer and release date

the strange theory of Doctor Strange 2