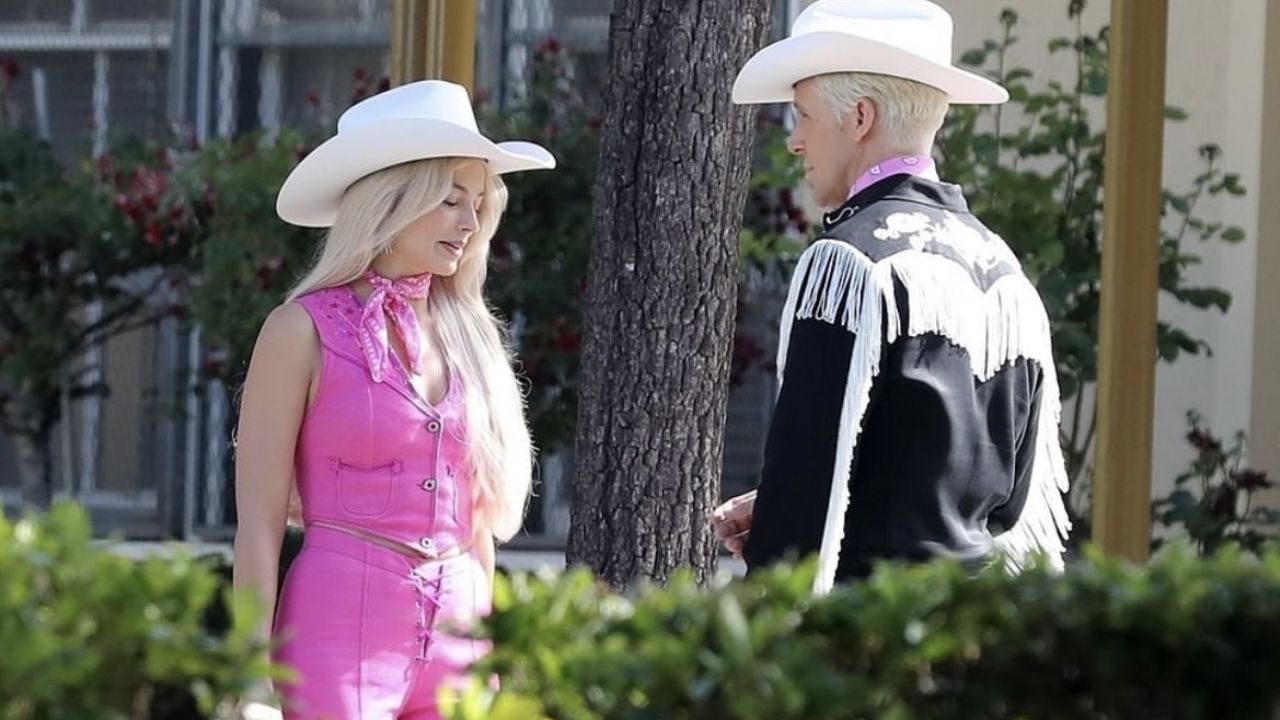 Ryan Gosling was first joined by Margot Robbie on the set of the new Barbie movie, where they were both seen wearing white cowboy hats and matching pink bandanas as they played their respective roles under Greta’s direction. Gerwig.

Although Margot and Ryan are announced as the main stars, it is rumored that there will be different versions of Barbie and Ken, with one of them said to be played by Issa Rae and the other by Hari Nef. Marvel’s Simu Liu and new “Doctor Who” Ncuti Gatwa are also said to play two other versions of Ken.

There will also be appearances from Bridgerton’s Nicola Coughlan, actress Saoirse Ronan and pop sensation Dua Lipa, but these have yet to be confirmed.

Plot details are being kept under wraps, but insiders have suggested there is a meta aspect to the story. Will Ferrell is said to be playing the CEO of a toy company that may or may not be Mattel.

The first official image of Ryan shows the actor dressed as the “Earring Magic Ken” version of the doll introduced by Mattel in 1993, as a companion to “Earring Magic Barbie.”

This particular version of the Ken doll featured an updated look with the character sporting blonde highlights, instead of his traditional brown hair.

The doll also featured a lavender mesh shirt, purple leather jacket, and jewelry including an earring and necklace.

Upon its release, it became the best-selling Ken doll in history and caused a stir when some people speculated that the designers had been inspired by gay nightclub scenes in early 1990s New York and Los Angeles to make it.

With information from Daily Mail

She-Hulk responds to criticism of CGI

Origin of the meme ‘The rib picket at work’