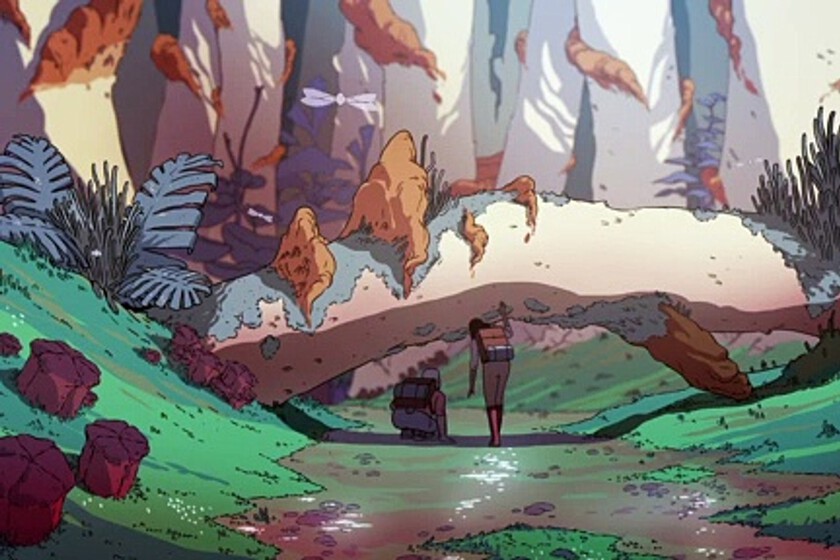 hbo max continues to bet on adult-oriented animation and confirms that in 2023 it will be released on the platform ‘Scavenger Reign’a science fiction animated series about a group of survivors lost on a strange planet.

‘Scavenger Reign’ It is based on the animated short ‘Scavengers’, which premiered on Adult Swim back in 2016 and can be viewed for free on Charles Huetter’s YouTube channel. The original short was well received and after several years of development, HBO Max has confirmed that during the Annecy Animated Film Festival The series will premiere in 2023.

The animation is developed from titmousewho have also worked on ‘The Boys: Diabolical’ and ‘The Legend of Vox Machina’ for Amazon Prime Video, with Joe Bennett and Charles Huetter as creators and executive producers.

This new HBO Max animated series follows the survivors of a space freighter who are stranded on a planet full of beauty but also danger. As they discover more about the strange place, they must survive long enough to escape or a rescue arrives.

‘Scavengers Reign’ is shaping up to be a science fiction series for adults with a tone that is quite different from what we usually see in this type of production in the West, which tends to go for more humorous formats. No further information on the cast or a specific release window has yet been confirmed beyond what we can expect for 2023.

Queen Elizabeth will no longer wear crowns or ride in carriages

“It’s going to make ‘Lord of the Rings’ fans go crazy.” The first opinions of ‘The rings of power’ are great