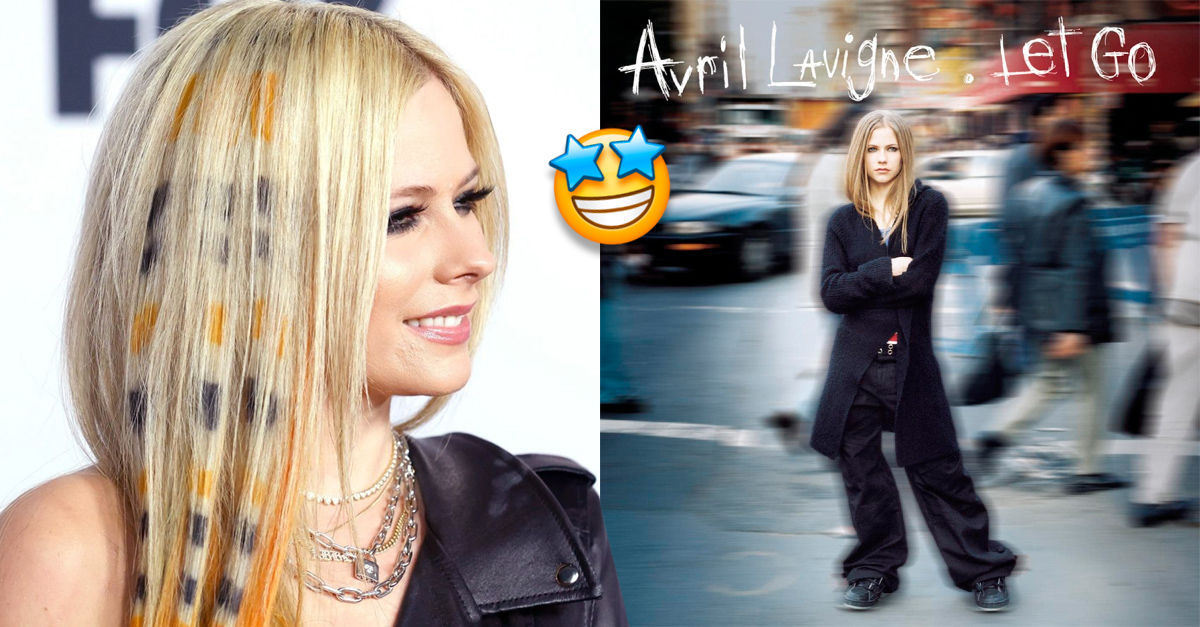 It’s been 20 years since Avril Lavigne debuted in a big way, hitting the global charts with her album let go, that would inevitably become a cult pop-punk genre so acclaimed by many of us.

With songs like complicated, I’m With You either Sk8er Boithe Canadian interpreter, then 17 years old, sold more than 16 million copies, the most sales to date.

To celebrate the 20th anniversary of the success of her debut album, the 37-year-old “Princess of Punk” relaunched 20th Anniversary Edition, an extended version of let go which includes six new songs, such as breakaway, song Avril wrote that almost made it onto the first album. However, in the end, the subject was dropped and it was given to Kelly Clarkson.

But that’s not all, because the Canadian star made a fun and emotional video to celebrate the important date. Avril returned to Canal Street in New York, where she took the famous photograph chosen as the album cover. Posing in the same way, the interpreter of losing grip He recorded a short video clip that he shared on his official social media accounts.

To highlight that 20 years have passed since the launch of let goAvril chose as the soundtrack of the video I’m Just a Kid, from his compatriots from Simple Plan, used by many TikTok users to recreate moments from the past.

20th Anniversary Edition It premiered on June 4 through digital platforms. In addition, a physical version is expected, on vinyl (with two discs), which is already on pre-sale on the official Avril Lavigne website and will be released on January 27, 2023.

The MCU announces its Phase 5 with Daredevil Born Again