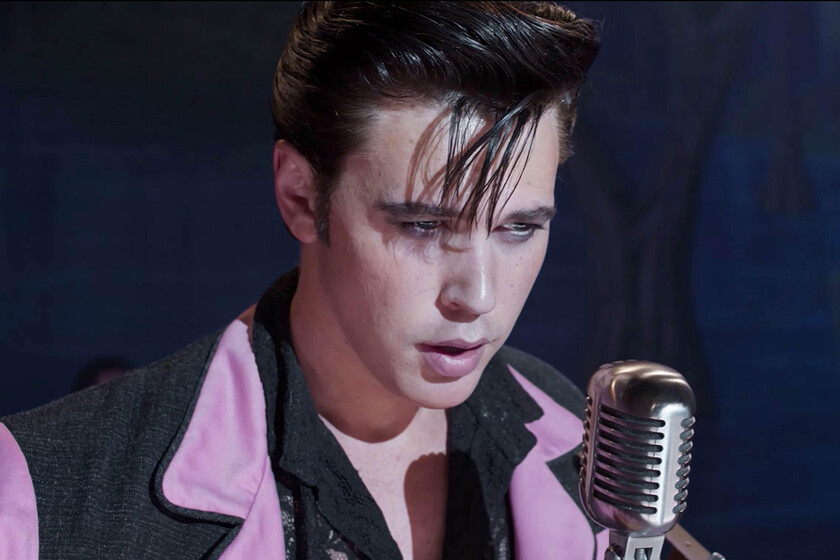 ‘Elvis’, the new biopic about the life of a famous singer, is bursting at the box office. Among the most talked about great successes of Baz Luhrmmann’s latest musical is, without a doubt, the monumental interpretation of Austin Butler in the role of the King of Rock. One of the most commented questions on the subject is on whether it’s really Butler’s voice we hear in the iconic songs of the film. Yes but no.

Austin Butler, whom we knew from teen series like ‘Zoey 101’ or ‘The Shannara Chronicles’ and recently from working with prominent directors like Quentin Tarantino (in ‘Once Upon a Time in Hollywood’) or Jim Jarmusch (in ‘The dead don’t die’), has thrown himself into the pool with this great challenge that has involved playing Elvis.

On this subject, Butler explains that we can hear his voice in some parts of the musical performances on the film: “Everything 50’s, that’s me. After that, it’s a mix of my voice and Elvis’s.“. Thus, the Elvis of his beginnings corresponds to the voice of the actor while, later on, what we hear is a mixture between both voices.

“Specifically, on ‘Suspicious Mind’ I can’t tell where my voice starts and Elvis’s ends” confessed Butler, whose preparation for the character has included a dialect instructor and the viewing of various interviews and other videos of Elvis to try to blend in with the character as much as possible.

It is not so surprising that Butler has dared with it, since he is passionate about music and he plays the guitar since he was 13 years old. That has served him well when approaching the character:

I sang every day (while preparing the film) and doing my singing exercises was the first thing I did every morning. It really is like a muscle. As we were shooting, I started noticing that I was able to hit notes that I couldn’t hit at first. I was expanding my vocal range. But it’s not just about singing, you also have to find vocal mannerisms and that could be tricky.

Baz Luhrmann is also full of praise for the great work of the actor, for which ‘Elvis’ could mean a substantial change in your career. For now, Butler already has an interesting new project in the pipeline: the second part of ‘Dune’, with Denis Villeneuve.

Verónica, daughter of Eric del Castillo, clarifies why the actor did not recognize Kate del Castillo at a family reunion

It is different and has its own personality, but the Disney + series seems to be ashamed to be part of the ‘Star Wars’ universe

Puppy approaches to greet a stranger and his puppy very tenderly