"Are you worried that we will influence horses to smoke pipes?". ‘Gravity Falls’ Creator Reveals the Wildest Complaints He Had of Disney Censors 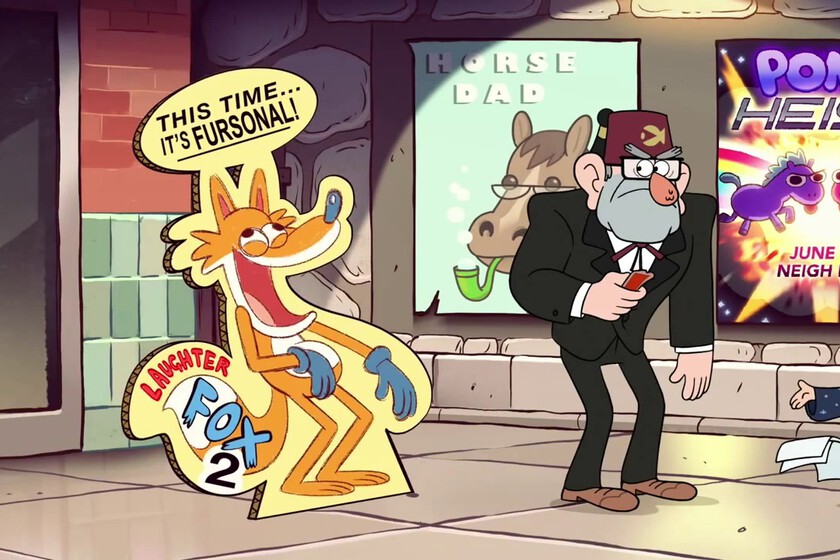 Several employees of pixar complained a few months ago Disney because they felt that they were basically prohibited from introducing LGBTI content in his movies. That led to ‘Lightyear’ recovering a scene that has not been slow to arouse controversy, but that is still the tip of the iceberg, as it has just been revealed. alex hirschcreator of the great series ‘Gravity Falls’.

Hirsch has not hesitated to share through his twitter account multitude of complaints by Disney censors that he had to deal with over the years like “please check “Holy Christmas!”, it could be seen as religiously offensive“, “we are concerned about receiving complaints about mentions of lucifer, satan or the devil“, “we are uncomfortable with this flyer giving the feeling that it is a party to hook up“.

One last treat. Ever curious about the fights I had with the censors on Gravity Falls? I probably shouldn’t share this buttttt here are some REAL NOTES from DISNEY S&P and my REAL REPLIES. You are not prepared #10YearsOfGravityFalls pic.twitter.com/EioKU8gIJJ

In addition, the examples go beyond the video that you have above as another complaint in which they asked him to remove the pipe that appeared on a poster in the mouth of a horse, to which he replied: “Why? Are you worried that we will influence horses to smoke pipes?” Or that they were afraid that a certain phrase that a character mentioned could lead to rhymes with profanity. Incredible.

Let us remember that Hirsch also commented a few days ago in which I still had an email in which Disney “I was explicitly prohibited from having LGBTQ characters in ‘Gravity Falls’” and that “it is unreasonable that years later they try to get points of pride for this” in reference to including the series in a section dedicated to LGBTQ+ Pride on Disney+. Unfortunately, he hasn’t taught that one yet.

“Are you worried that we will influence horses to smoke pipes?” ‘Gravity Falls’ Creator Reveals the Wildest Complaints He Had of Disney Censors

t-shirts, movies and even your own hammer with great discounts

After 40 years, Juan Soler returns with his first love

15 series without taboos that you can watch on Netflix, HBO Max and Movistar + in which sex is one more protagonist