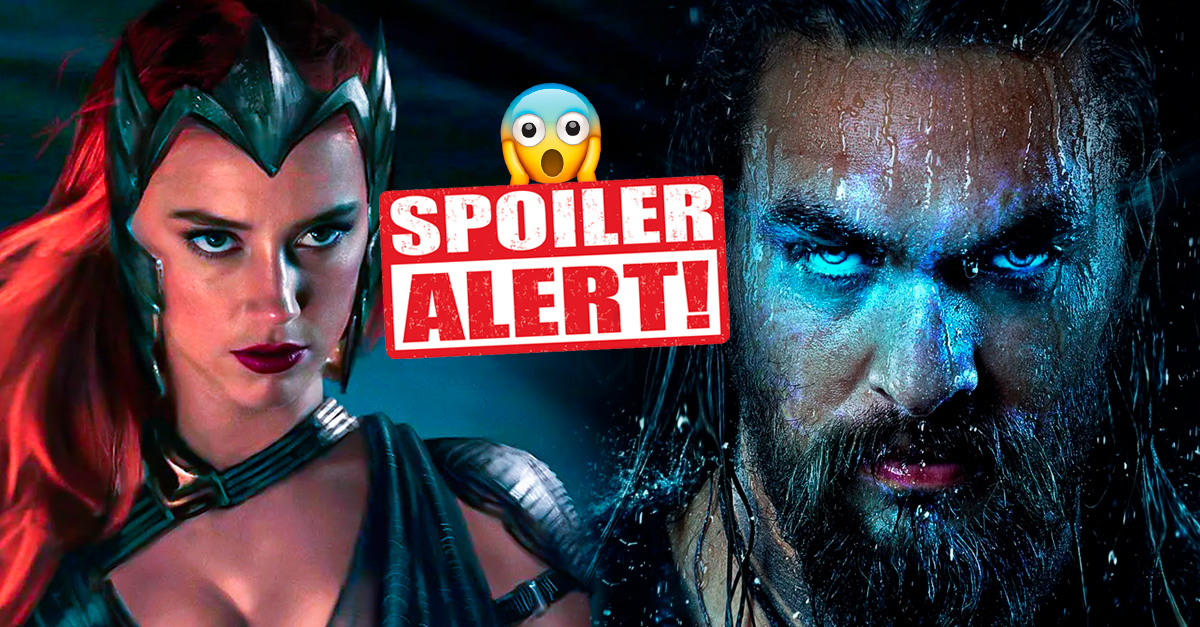 The trial between Amber Heard and Johnny Depp continues its course. Now former Hollywood producer Kathryn Arnold has taken the stage to talk about Heard’s role in Aquaman: The Lost Kingdom.

Heard affirms that her participation in the DC tape was reduced after the controversy with her ex-husband, so Arnold had to speak about it, being forced to reveal spoilers of the tape, something that fans They haven’t taken anything well.

The actress has tried to avoid spoilers on Aquaman 2 during his testimony and has even limited himself to saying that they cut too many of his scenes, including an action sequence. However, Arnold, a recent witness to the actress, went further by giving details of what will be seen on the screen.

Part of what worked well in ‘Aquaman’ wasn’t the action sequences, but having a strong female character having a relationship with a strong male character is very empowering.

And, according to Ms. Heard, when she read the first script for ‘Aquaman 2,’ she had a strong romantic arc throughout the movie and she also had some great action sequences at the end of the story in that script. Her presence was predominant throughout the entire ‘Aquaman 2’ script when she first read it.

Arnold stated that, indeed, the character of Mera suffered many cuts in the final script of the film.

I think in the first act of the movie, she was hurt in some way or had something to do with the baby. I don’t know exactly, I’m just going by what Mrs. Heard told me, that she ends up in the hospital at the beginning of the new ‘Aquaman 2’ and doesn’t really come out until the end, to wrap things up.

Arnold lamented that Heard gave her best effort to deliver a good performance, since, according to her statement, the actress trained for five hours a day for her action sequences. The former producer also mentioned that after the first script received, Heard did not hear from the company again. However, her classmates were aware of every detail.

He didn’t get the scripts when his peers did. He found out through the agents about him. And then when he got the script, they cut it down drastically from the first one.