Ángela Aguilar wants a romance just like her grandparents lived it; that was their love story 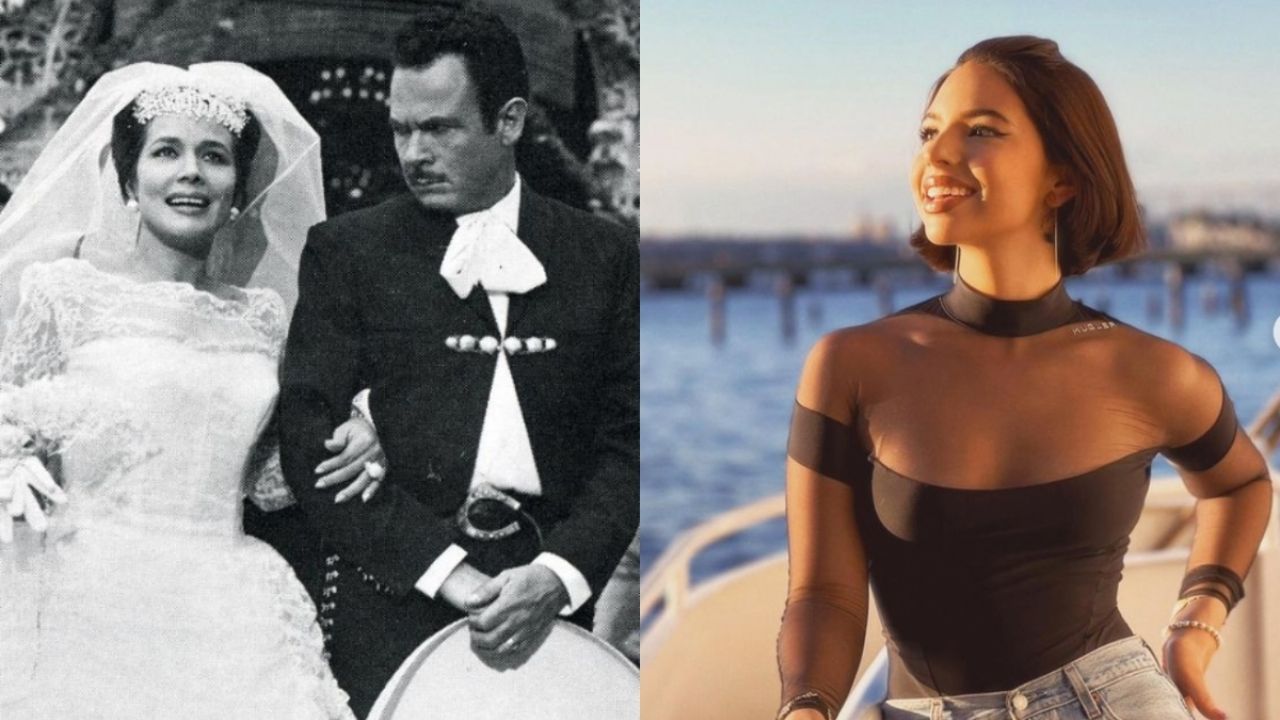 After his famous romance with Gussy Lau, Angela Aguilar He remains faithful to finding a romance worthy of “any fairy tale”, since he has revealed that he is looking for the most that his grandparents And so was their love story.

The last few days have been one of the most scandalous in the life of the “princess of the Mexican regional” who, at only 19 years of age, faced the leak of alleged intimate material that she completely denied shortly after.

Both she and her father Pepe Aguilar They used their social networks to report harassment and assured that their lawyers are already working on everything hand in hand with the Olympia Law to find those responsible for the images that circulate on networks.

And it is that this is not the first time that the young woman is exposed in this way, because the April 2022, it was revealed that she and the Mexican composer, Gussy Lau, They had a romance, and apparently behind the back of the Aguilar dynasty.

The images where she and the famous 33-year-old kissed naughtily and passionately immediately went viral, so she also came out to talk about it, and it was the writer who later revealed that they broke up.

Since then, the singer has decided to focus on her work, as she now has six nominations for the ‘Lo Nuestro’ awards, but that has not made her stop searching for her ‘charming prince’.

It was through the program “The fat and the skinny”, where the singer and model revealed how she feels about love and what her great desire is, because apparently she plans for things to be ‘ancient’.

The young woman has always dreamed of living a relationship and love story like the one her grandparents lived, Flor Silvestre and Antonio Aguilar, who hesitated married almost 50 years, until his death in June 2007.

Love story of the grandparents of Ángela Aguilar, Don Antonio and Flor Silvestre

The love of the Mexican gold film stars dates back to 1950, on the XEW radio station when the actress and singer had a program called “Incredible but true”, Well, one day Aguilar was invited to sing on the program, at that time he was known as “Toni”, and he was a classical music performer.

Despite everything, the artists did not fall in love at first sight, as it happened over the years, as fate led them to star in their first film together, “The Jackal’s Footprint”, the same one that premiered in 1955.

But the true love between them lasted until 1957 when Aguilar and Silvestre they fell in love during the filming of the movie “El rayo de Sinaloa”, and forged the beginnings of their famous musical dynasty.

The couple was married civilly on October 29, 1959, at the ranch where they both died and lived next to their beautiful family, which has continued their legacy.

Chris Evans responds if he would like to date Shakira