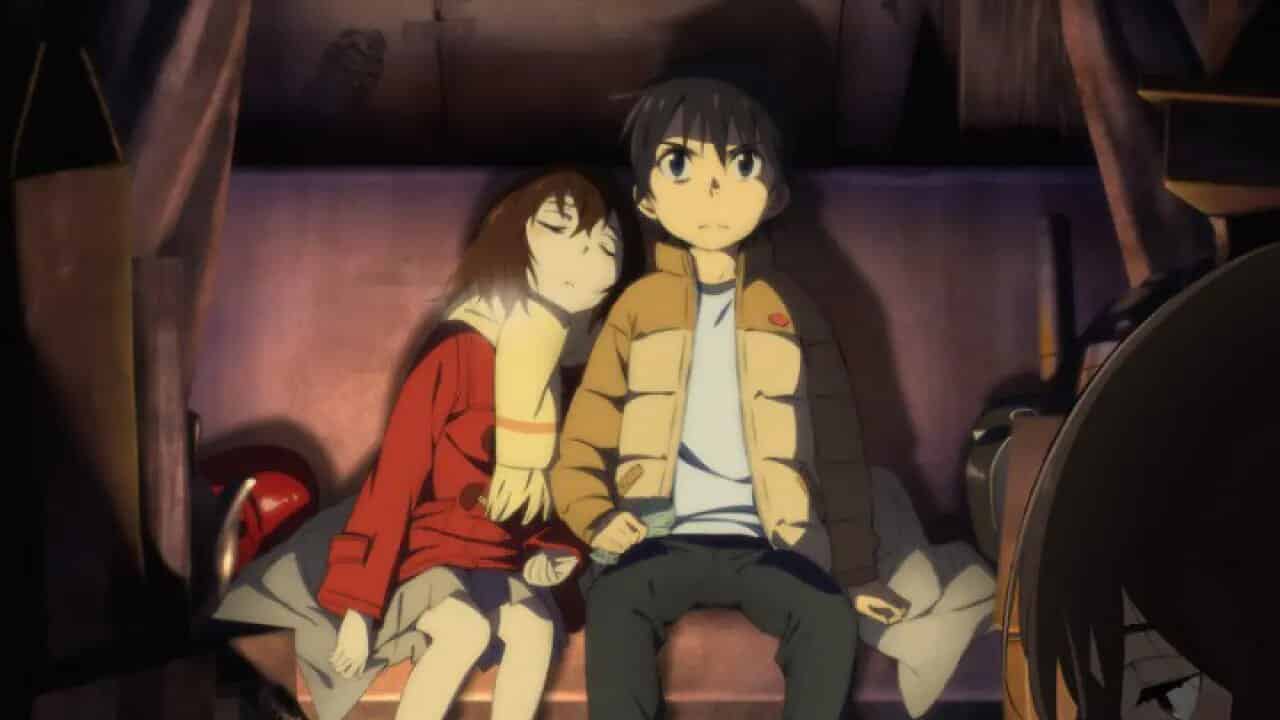 We analyze in Cinemascomics the Special Collector’s Edition of Disappeared, with the complete anime series in a special A4 format box

At Cinemascomics we have analyzed the home edition of the Blu-Ray Collector that brings together the entire story told in Missing. A sci-fi time travel thriller based on the hit manga created by Kei Sambe and directed by Tomohiko Ito (Hello World). This anime of a single season and 12 episodes is considered a cult work, making the viewer unable to look away until they know how this overwhelming story ends.

The Japanese animated series is now available for the first time in a joint pack, which contains 2 50GB Blu-Ray discs and 2 DVD discs. The pack includes the 12 episodes in the two video playback formats. The anime is the work of Aniplex and Kadokawa.

The series is a Japanese production and is available with the dialogues both in the original version in Japanese and dubbed into Spanish (Audio 2.0 DTS HD), as well as including subtitles in Spanish and Portuguese. However, it does not have sound tracks in its audio in other languages ​​spoken in our territory, such as Basque, Galician, Valencian or Catalan. The video quality is in 1080p and 16/9. This Collector’s Edition is a limited and numbered releasewith a total duration of 276 minutes, which has been launched on the market Select Vision In our country.

What is this Blu-ray edition about?

The Blu-Ray edition consists of a removable cardboard box to protect the amaray box with the cover dedicated to Satoru and Kayo, being the same image of the poster and one of the maxicards. On the back cover, we have Kayo, along with the description of the plot, images of the series, the promotional slogan and the technical and artistic characteristics of the anime.

The blue amaray box contains 4 discs with all 12 episodes, two on Blu-Ray and two on DVD, with six episodes on each disc. The black cover highlights the protagonist and the list with the name of each of the twelve episodes, with a black background. While the other side of the reversible cover is dominated by a white background, with Kayo’s hands and the title of the series. The discs have the title of the series, the chapters they contain and images of Kayo and Satoru as children on a white background on two of them, while on the other two we see a spider and a cobweb on a black background.

Year 2006. Satoru Fujinuma is a frustrated manga author who is forced to deliver pizzas to make ends meet. Our protagonist was born with an exceptional gift, known as regression, by which he is able to travel back in time for a few minutes, with a margin to prevent some tragedy from happening near him. But a tragedy that he cannot avoid will cause him to relive a strong trauma from his childhood, involuntarily performing the most powerful regression of his life, since he will go back to the year 1988, just before his classmate Kayo Hinazuki became the first victim of a serial killer. Will Satoru manage to repair the past, to change his present, being only 10 years old?

Compilation of two extended advertisements for television, promoting the series, in Japanese with Spanish subtitles. The first focused on the plot and the second with a succession of images from the anime while listening to the opening theme song of the series.

Consisting of three film strips with images from the series, reproducing the most important frames of the series on film paper.

Included in a white container box next to the film rolls, it is an exclusive lenticular postcard, which reproduces the cover of the series, where by moving it we see how Kayo Hinazuki appears and disappears.

Large-size poster of the series that reproduces two of the best-known anime designs, starring Satoru and Kayo, where the protagonist appears in both his child and adult versions.

Set of eight folio-sized cards featuring the best designs from the animated series. In full color and on quality paper, they represent the snowy park at night, the tree illuminated by the sky, Satoru’s school, the luminescent butterfly, the photo of Satoru with his adult friends, Kayo Hinazuki under the snow, Satoru and Kayo as children in the same image as the reversible poster and Satoru with his friends in a photograph when they were children.

Art book of the series, 160 pages and size A4. With anime information, separated in index, information on the characters and images of each one, along with descriptions, related incidents, data of interest and a sketch to relate the plots between the different characters, as well as the interpreter who lends his voice, both in adult and young version.

Next, we see plans with the scene of the events and the locations of the murders and stills from the series. In addition, we have the title, description, key concepts and images of the 12 chapters.

Along with this, we also see a regression schedule, with all the events and relevant facts of the series explained, indicating the month, day, time and in which chapter it is shown. He goes on to teach us secrets from the storyboard of each episode and a selection of concept images explained in detail, as well as details such as the fact that since the plot is set in Hokkaido, the voice actors had to express themselves with that particular accent.

Description : Satoru Fujinuma is a frustrated manga author who works as a pizza delivery guy to make ends meet.