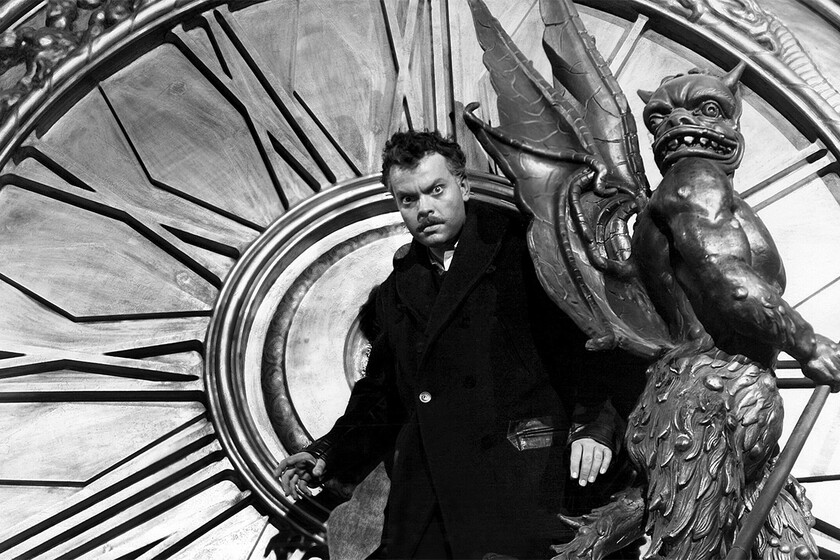 With Orson Welles there is a tendency towards hyperbole when commenting on his works, although it is true that his bombastic style lends itself to it. Many of his works are magnified to extreme points, not without some merit but perhaps giving excessive credit at times. That is why some of his works, perhaps more effective and less bombastic, are not so taken into account when reviewing his great works.

It is a bit what happens to ‘The stranger‘, one of his most peculiar films despite the fact that it seems otherwise. Welles made the film when he was still in some favor in Hollywood, though there were some voices that his lofty authorial vision of him prevented him from making something that would resonate with audiences (his commercial successes weren’t proliferating). With this film he not only sought to replicate them, he succeeded, making an adult thriller that is one of its few box office hits.

Who is that man

The film, recently available to watch on Amazon Prime Video (it can also be seen on FlixOlé or Filmin), shows us the hunt for one of the most notable Nazi war criminals. One of the masterminds in the death camps whose only clue available is a fascination with watches. An agent of the United Nations war crimes commission will hunt him down by releasing one of his former comrades, hoping he will track him down.

The film has an utterly straightforward look, a noir with intrigue and psychological drama without much of Welles’s characteristic visual flourishes with a story told with clarity and suspense to entertain audiences. Something that has been considered a concession by the author, which has caused it to be viewed less favorably than other of his works, but it really encapsulates one of the director’s great skills.

Welles is by all accounts a genius, an artist of great mind and ambition. At times he can come off as too technically eloquent, especially in his more experimental late post-Hollywood era. But is he an author who never stops speaking face to face to the viewertreating you intelligently by exploring human psychology while captivating you with the telling of the story.

‘The stranger’: on the hunt for success

‘The Stranger’ clearly meets that quality. Without being a technical prodigy, it is clearly shot and elegantly told, always keeping a steady hand so that the audience never loses interest in the complex plot or intricate characters. Without overcomplicating it, it manages to work better than the two works that preceded it, which were also mistreated in the editing by the studio: ‘the fourth commandment‘ and one ‘Istanbul’ in which he acted as director although he was not credited.

Its collection tripled its budget of one million dollars, being one of its few films of clear profitability. Perhaps the combination of that and her visual containment puts her in a lesser aisle in her particular hall of fame, but she’s not without her accomplishments. From his incredible (and pioneering, at least within a Hollywood film) documentary footage of the Holocaust to his handling of the codes of noir, we are before a remarkable film that deserves to be rescued.

The House of the Dragon triumphed among 5 proposals

The return of Henry Cavill as Superman could happen soon!