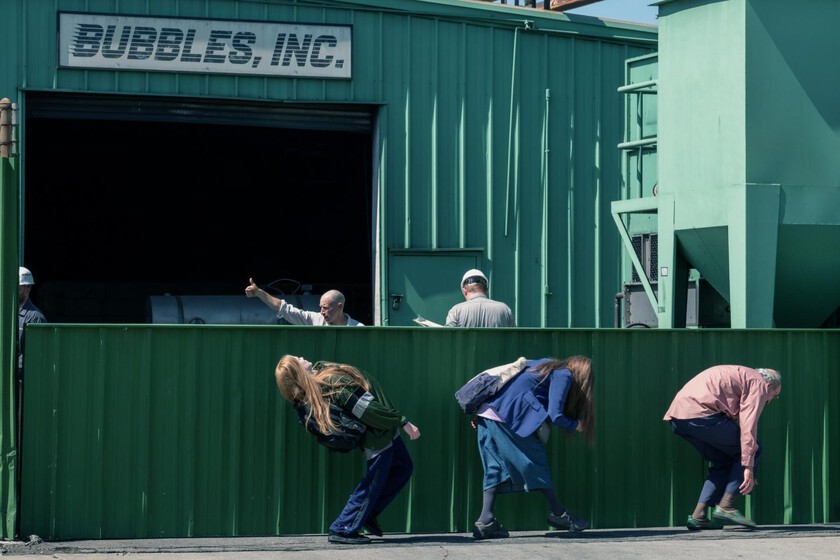 There are few bigger disappointments in life than when you realize the fallibility of your parent figures, or even that they have spent your entire life trying to alienate you in a direction you no longer agree with. It is part of the maturation process, but it does not stop having its impact to think that for so long you have been indoctrinated into something that does not fit with you.

Knowing how to reconcile yourself with this fact is part of a moderately structured adult life. The opposite of this may resemble what we see in the peculiar jewel of Miranda July What is it one of the best independent movies of recent years. Is about ‘How to survive in a material world (Kajillionaire)‘, and you already have it available on the Prime Video platform.

Know what you’re worth

The film follows a family of very low-level con men. For 26 years they have been raising their daughter, whom they named Old Dolio (Evan Rachel Wood), to be part of their little rackets: fringe crime, robbing post offices and running coupon scams. For 26 years, the only life he has known has been this constant existence on the margins and underground with parents not exactly overflowing with affection.

Consequently, Old Dolio has an unusual appearance and behaviors, far from emotional and affective connection as well as social empathy. Not hostile, but clearly has not been taught to deal with emotions that most of us interpret as normal. So she tries to convince her family to involve someone else in her (Gina Rodriguez) next hit.

Through outlandish comedy and indie restraint, the film becomes an interesting game that flirts with heist cinema -or a subversion of it- while wants to explore the alienation that comes from growing up in a broken family. Its particular tone makes it a special and suggestive rarity that is refreshing.

‘How to Survive in a Material World (Kajillionaire)’: Broken Bonds

The way in which she explores the inner world of this character through very specific but very small details, taking advantage of a dedicated Rachel Wood giving an unconventional but full of empathy performance, makes July’s film deeply captivating. The presence of Richard Jenkins and Debra Winger as the parents also helps develop all the moral grays behind this unstructured family.

Miranda July uses comedy to give the film interesting life and rhythm, but she never seeks to make fun of these characters. She approaches them with such tenderness and warmth that it is easy to fall in love with them.

Because of that well-achieved balance, ‘How to Survive in a Material World (Kajillionaire)’ is a movie so special it should be on your radar if you haven’t seen it yet. To put on your list along with other great news from Prime Video.

Tamara Falcó has not broken the relationship with her ex-sister-in-law, Alejandra Onieva, who was not very convinced of the wedding with Iñigo

The world’s most dangerous airports and runways