‘Amor de madre’ (2022), review: Quim Gutiérrez and Carmen Machi give everything to make us laugh in a Netflix movie perfect for a Sunday afternoon 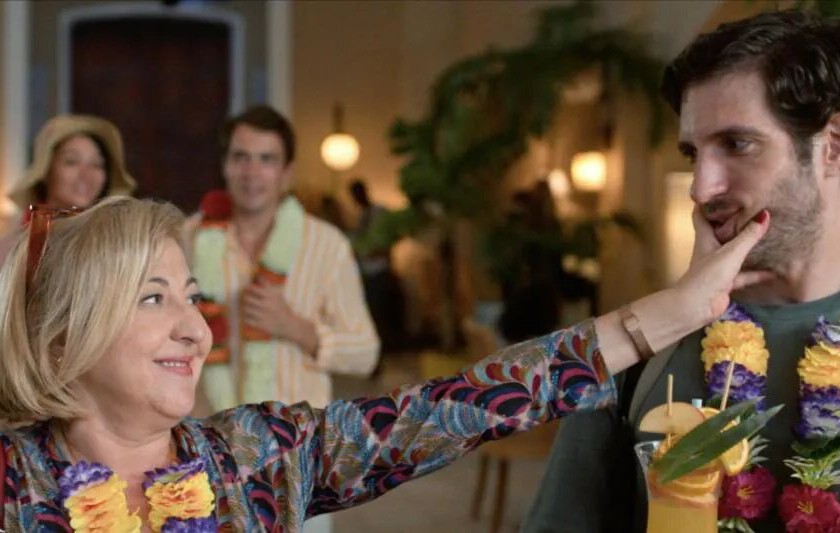 In the second that it starts ‘Mother’s Love’one of the most recent Spanish premieres on Netflix, you know how it will end. You know every twist, every twist, every joke, every face that Carmen Machi and Quim Gutiérrez are going to put on.

And, in spite of everything, you stay to see it as a place of comfort, a film of putting the brain working at the minimum possible power and letting the minutes pass between the occasional laugh and looking for a while if you have notifications on Twitter. ‘Amor de madre’ is on a Sunday afternoon. Take it how you want.

my mom pampers me

It is the second time that Quim Gutiérrez has been cinematically planted at the altar, and, to be honest, it never stops being funny. The first minutes of the film they are actually the best, somewhat reminiscent of the wonderful ‘Those from the tunnel’ in its intention to start right at the end of another very different film. But the brilliance of the script and the comedy doesn’t last long, and right away we enter a loop of adventures in which ‘Amor de madre’ runs aground.

And it’s not because the two protagonists don’t try: they both display all their tics, their desperate faces, their taglines and their tones of voice that have made them recognizable in any project, and a Yolanda Ramos is added who keep confirming that it is the funniest person in Spain. The problem is that the script wants to be more than its initial premise (a man left at the altar goes on an exotic honeymoon with his mother) and show a mother-son connection that it only works sometimes.

In the moments of the road trip (the quad trip, the aquatic experience with jellyfish included, the deception to keep the room) shines by itself. The charisma of the two protagonists is more than enough to turn scenes that do not stand out for their originality into a warm refuge. When you want to be dramatic and give great lessons about motherhood and love, shipwreck. Yes, the final message is original and necessarybut to get there we have moments of supposed intimacy that border on boredom at best (and embarrassment at worst).

‘Mother’s love’ is not satisfied with being a inconsequential comedy. He is angry at his own condition, and there he digs his own grave. There are some scenes that work well (mother and son playing a kind of “I never”), but at a point you feel that almost two hours were not needed to tell this story: the important thing remains as anecdotal and the final teaching is cramped comes out of nowhere and leaves no residue.

It is, to understand us, one of those movies in which a character takes a drag on a joint for the first time and the next thing we see is how he arrives home destroyed after having done a thousand crazy things and having the best night of his life. At a certain point, the film is limited to crossing things off the list “things that are funny in a family travel comedy”, and the relationships between characters that were modeling over a slow fire hit an acceleration that is not justified. We’re going to kiss, the third act has to start, go ahead.

All this directed with a rather bland hand by paco knight and scripted by Cristobal Garrido and Adolfo Valor, which are much more domesticated than in the more than remarkable ‘Kings of the night’. And worst of all, the movie itself shows you that it could have been much better than it is.

Towards the middle of the second act, ‘Amor de madre’ bases its humor (and it will do so until the end of the film) on two legs: one, Yolanda Ramos speaking English. Two, Quim Gutiérrez making a breaded face. Carmen Machi is a little sidelined and focuses on giving advice to her son, saying four feminist slogans from 1995 and move plot to dash hole punch until such a chewy and easy ending that it doesn’t even have a final gag.

Definitely, for a movie released on Mother’s Day, about a mother and titled ‘Mother’s Love’ has very few mothers (women, in general) in their creative team. This script needed a touch up from someone who knew what she was talking about to elevate Mari Carmen and make her an icon. The potential hasbut they never allow it to shine as much as it could.

All in all, the first 45 minutes of the film represent a model comedy, with good gags and the perfect touch of bitterness so as not to depress the viewer but maintain tension in the protagonists. The pity is that the following hour falls into a well of common places from which he cannot get up again. and ‘Mother’s Love’ it is better the more superficial it is and how much more juice can you get out of the concept “A mother goes on a honeymoon with her son”. When she drifts, she doesn’t know what she’s doing. And it’s a shame.

‘Mother’s love’ is nothing, an entertaining film at the beginning and tedious at the end that you will forget the moment it ends, with some always funny Quim Gutiérrez, Carmen Machi and Yolanda Ramos but who can’t take full advantage of their charisma. Its intimate moments don’t work and it softens so much that it eliminates all the fun bitterness of its first bars. I hope this works for get more women when telling stories about women. 2022: It’s not that hard to figure out.