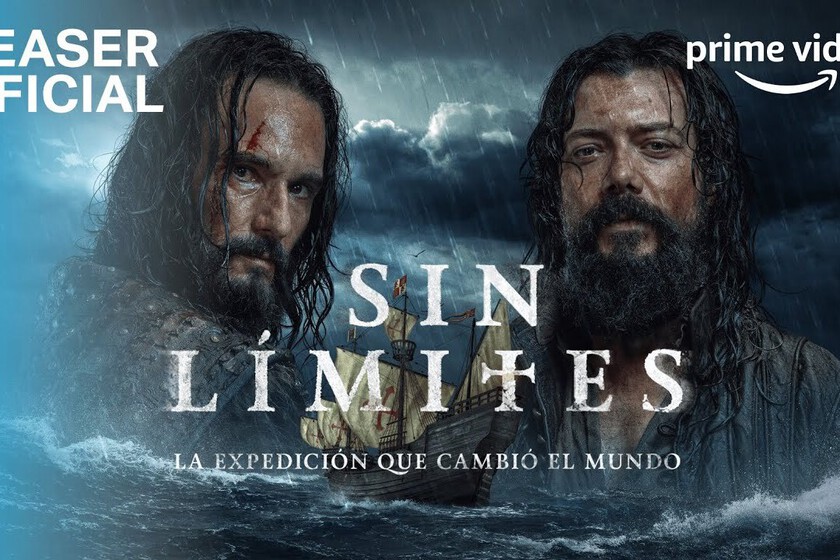 Álvaro Morte takes off his Professor glasses and puts on the clothes of the 16th century to star in ‘Without limits’. The new series, made between Amazon Prime Video, RTVE, EiTB and Canal Sur, will tell the story of the expedition of Magellan and Elcano and we can already see a first teaser trailer.

Without a release date yet, beyond a “Coming soon”, the series will narrate over six episodes the feat commanded by Ferdinand Magellan, played by Rodrigo Santoro (‘Westworld’), who left with 239 sailors from Seville to find a new spice route, circumnavigating, incidentally, the globe.

Around the world in three years

As always, we will have to wait to see more, but for now we have a fairly ambitious production whose filming took place last year in different locations in Spain and the Dominican Republic. Simon West is in charge of directing ‘No Limits’, which has the script by Patxi Amezcua.

Led by the Portuguese Ferdinand Magellan, 239 sailors left Seville on August 10, 1519. Three years later, only 18 starving and sick sailors returned in the only ship that survived the journey, led by the Spanish sailor Juan Sebastián Elcano. They had traveled 14,460 leagues (69,813.34 kilometers), heading west, completing the circumnavigation of the world; an almost impossible mission that sought to find a new route to the “spice islands” and that ended up changing the history of humanity by proving that the Earth is round. A feat that forever transformed trade, economy, astronomy and knowledge of the planet and is considered one of the greatest feats in history.