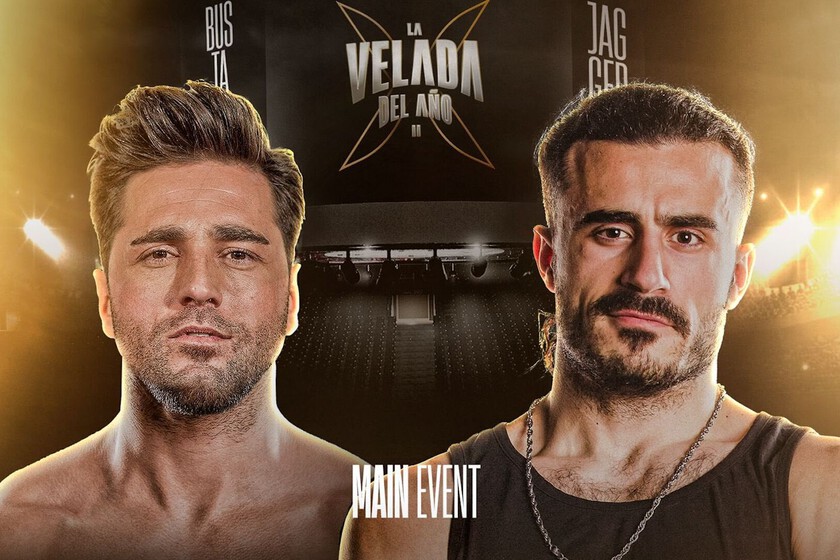 Boxing has had a rough life on Spanish television. In fact, it was necessary to wait for the private ones to arrive to be able to see combats in programs such as ‘Superboxeo’, on Antena 3, or ‘Pressing boxing’, on Telecinco, which predicted a good future for the sport. In fact, at the beginning of the 90s it was so popular that video games of Poli Díaz, el Potro de Vallecas, even came out, and Canal+ launched itself to promote national boxing evenings. But the craze for the mamporros was short-lived, and interest in the sport waned: it began to be seen as something a bit stale and violent, and society turned its back on it. Little did we predict that in 2021 would be resurrected by Twitch and directed by Ibai Llanos. This is the most unpredictable dystopia.

When we all believed that boxing was seen in society as a violent and archaic sport, The evening of the year, which Ibai rides for the second time, shows that the perception of something does not matter, but the narrative of it. Those who stick are not high-level athletes, but streamers. Between the fights there is urban music of the highest level. It doesn’t happen in Las Vegas, but in Badalona and on Ibai’s Twitch. Just as the streamer was able to turn the world balloon event into an event, he has been able to do it with boxing.

Those who say that Twitch feeds off television: In a certain way, many of the vaunted new narratives come from already squeezed formats. ‘First dates’, general knowledge contests, sports… But of course, under the umbrella of Twitch: interaction between users, live comments and people you know as if they were part of your family. You don’t watch ‘First Dates’ or boxing because you’re interested in the format, just you see it because Ibai and his friends are behind.

And there’s nothing wrong with it: it’s a new way of watching and making television. In particular, the second boxing match is a pop culture explosion that unites millennials with Gen Z by offering not just fights, but musical performances. If you’re over forty years old and don’t care much about what’s happening on Twitch, get ready to know absolutely nothing about the next few paragraphs.

East Saturday, June 25, at 5:30 p.m.will start an evening of boxing from the Olympic Pavilion of Badalona (beware, here they are throwing the house out the window) in which we will have five fights of which only one is going to take all the headlines: David Bustamante vs. Jagger. The cyberpunk dystopia was not what we expected.

At 5:30 p.m. red carpet starts from the Ibai Twitch, in which 350 streamers will appear there to pay tribute, show off their hearts and hope that their suits do not get bloody. By now, it should already be a trending topic on Twitter. Just before the massacre began, at 18:45, Rels B will perform. I didn’t know who Rels B was either, but his song ‘A mí’ has 349 million views on YouTube, which indicates that if, like me, you’ve said “Who is this?” You are officially old. It is what it is.

The first match won’t come until 19:15, when Carola and Spursito will face each other. As a curiosity, Spursito has followed the path of streamers but in reverse: he was born in Andorra and has come to work in Spain. After half an hour of boxing, at 7:45 p.m., performance by (no expense spared here) Nicki Nicole. Boom.

Paracetamor and Ari will put on their gloves at 8:15 p.m. (although there’s probably a several-minute backlog already) in the only women’s boxing match of the night. Ibai received criticism for the little equality in the last evening, but it has given him absolutely the same, apparently. At 8:40 p.m., performance by Duki and only twenty minutes later return to the ring.

Momo and Viruzz will face each other at 21:00, one arrived from Argentina and the other since his loss in the first Evening at the hands of Jagger. Seeing the arms that Jagger has, no one blames him: the hard part was not apologizing for bothering before the fight and leaving. At 9:20 p.m., Quevedo performs. Not the Golden Age writer (Ibai still doesn’t have that level of necromancy), but another urban singer who has even shared a song with Ed Sheeran.

Little by little we are approaching the final combat, and to warm up our strength (and the opponent’s face) we have Luzu vs Lolito, two of the most well-known people on Twitch. Luzu lives in Los Angeles, she is 36 years old and does not need this. Lolito lives in Andorra (where else), she is 31 years old and hers is the famous phrase “Spain has given me very little, I did not go to high school”.

two men and one destiny

It’s unclear whether Jagger or Bustamante know what they’re getting into when facing the other. Before the battle Bizarrap will perform at 22:10 (if you don’t know who Bizarrap is, I’m back to have alarming news about your age). And so, the fight of all fights, scheduled at 22:30, although everyone’s bet is that it will pass twelve at night. We have already seen Bustamante shake on the canvas in the video for ‘Two Men and One Destiny’, but last year Jagger had no possible rival in the ring.

The singer has lost 15 kilos in a month to prepare physically, and he has been practicing all kinds of fights for years, but Jagger is unpredictable. Victory is in the air and whatever happens is going to be surprising.

You may have come this far wondering what does this have to do with movies and televisionBut, deep down, Twitch is the new television for an entire generation, and denying it just makes us Grandpa Simpson yelling at a cloud. Even if you are not the least bit interested in the event itself, the change of narrative is still interesting: What went out of style two decades ago is back in style with urban music and becomes an immediate trend by the work of a single streamer. Let the second round begin.

Vegans organized a funeral for meat from a supermarket

The ideal jewelery box to keep our bracelets, earrings and pendants organized costs less than 25 euros

tickets, schedules and nearby hotels

Who has sung the national anthem in the Canelo fights?

we signed its low cost version in El Corte Inglés

Are you in love or confused your feelings?

“I have other things to do”. Michael Keaton confesses that he has never finished watching a single Marvel or DC movie