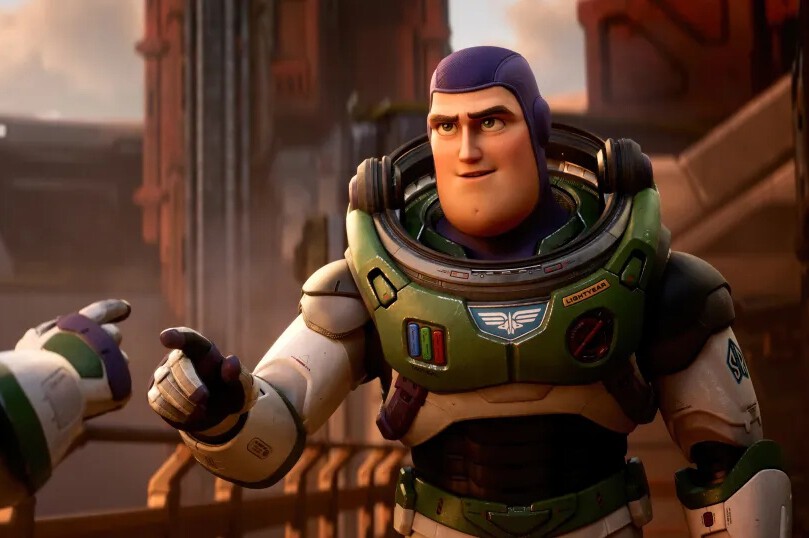 The first film of pixar that we have been able to see in theaters, after several direct releases to Disney +, is accompanied by a multitude of references. ‘Lightyear’ hide numerous easter eggsboth to films from the Pixar studio itself and to other iconic films of the science fiction genre.

alert of SPOILERS of ‘Lightyear’ and the entire ‘Toy Story’ saga


How could it be otherwise, the film is full of references to the ‘Toy Story’ saga and one of the most direct is Buzz making reports narrating the situation. One of the first scenes stands out, when Buzz says that they have landed on another planet and “no signs of intelligent life“. In ‘Lightyear’, Alisha interrupts him after this sentence while, in the first of ‘Toy Story’, it is Woody who interrupts him with his “Hello!”.

Speaking of phrases taken from the toy saga, we find many more throughout the film: when Alisha laughs at Buzz, he replies: “You make fun of me, right?”, which is the same thing he says to Woody when he teases him about “Look, an alien.” Before crashing the ship at first, he says: “I’m Buzz Lightyear, I’m always sure”, which will remind you of the scene in ‘Toy Story 2’ when they go through the pipes. One more: before facing Zurg, he says “Not today”exactly the same as we heard at the end of the first installment of the saga.

“To infinity and beyond”

Obviously, the most recognizable phrase of this character is this, and we hear it several times in the film because it is part of the secret greeting that he and Alisha have. However, the gesture of joining the fingers also is a nod to the eighties classic ‘ET: the extraterrestrial’.

Another element that appears in the film and that fans of the tetralogy will undoubtedly recognize, is the Gamma Quadrant, Sector 4. It is mentioned from the first moviein ‘Toy Story 2’ he appears in the video game that Rex plays, and he is also important in the animated series ‘Buzz Lightyear: Guardians of Space’.

The classic vehicle that appears throughout the Pixarverse could not be missing. Here we see it briefly when buzz and sox are escaping from Star Command, parked on the side of the road.

I could not miss this space adventure Buzz Lightyear’s archenemy. The design of the villain is clearly inspired by the toy we met in ‘Toy Story 2’ but there is even more: when Buzz sees him for the first time, he thinks he is his father, a clear nod to the “I am your father” moment of the 2. The platform where both meet is also very similar to the one in the video game at the beginning.

There are various tributes to the franchise created by George Lucas: starting with one of the outfits Buzz’s, reminiscent of Luke’s; the moment when Sox connects to the ship and head spinning charge also alludes to R2D2; the moment when Zurg takes off his helmet It’s similar to when Darth Vader does it in ‘The Empire Strikes Back’… among others.

One of those conscientiously hidden easter eggs is that of little Luxo Jr, the company’s most iconic flexo, whose silhouette is pictured in the stars (at the bottom right of the image).

trapped in the cones

One of the obstacles that Buzz and his companions have to face are some orange cones that emerge from the ceiling when they get into a room. Again, we go back to ‘Toy Story 2’ and that funny scene where the toys try to cross the street, hidden under some traffic cones.

‘Wall-E’ and the Martians

At the end of the movie, there are a total of three post-credits scenes. In the first, we see Commander Burnside in his office, where has several trophies that will be familiar to us: we have one of MO, the character from ‘WALL-E’, and another of one of the green Martians that we already know from ‘Toy Story’. Would the commander get them on a futuristic hook machine?

Manelyk González suffers a fall while dancing on the Hoy program

the prey’ never actually appeared in the legendary original film