All of Sofia Coppola’s movies ranked from worst to best 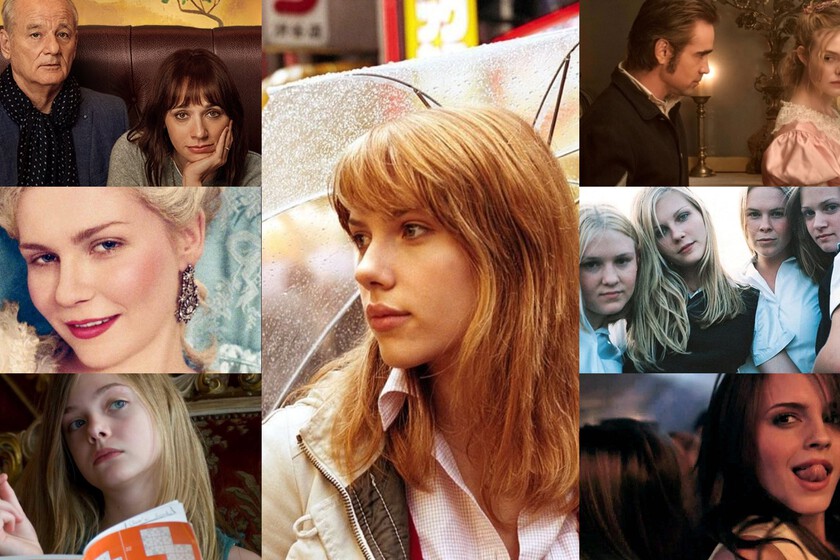 Sofia Coppola is one of those directors who has garnered a short but exciting career, apart from the long shadow of his father. His cinema is full of silences that speak louder than words, characters isolated in their own world, locked in gilt cages, marked by loneliness and isolation.

Although his very personal style has many detractors (mainly because of its slow pace), it is also his main virtue for his followers. Let’s take a look at his filmography highlighting that, even those that are “less good”, are more than correct films (although, as always, the personal taste of each one influences a lot).


Personally, it is not the film that I enjoy the director least, but it does seem to me the “least Coppola” of all. Here the story deals with generational differences and miscommunication between a father (Bill Murray) and his daughter (Rashida Jones) with a much more casual and friendly tonegiving rise to his most accessible film, although a little more depth is missing in the resolution of the conflict, in a more visual and less literal way.

Another father-son story, in this case about a famous actor (Stephen Dorff) who lives surrounded by luxury and is forced to take care of his little daughter (Elle Fanning). It explores themes similar to ‘On the rocks’ but in a more subtle way. While it is true that it is the best example of Coppola’s bad reputation for “making movies about people who are bored” and the pace is not exactly fast-paced, it is knows how to convey very well the magic of those little moments between father and daughter, capturing the oasis they represent for the protagonist.

Known by some as Sofia Coppola’s “marracha movie”, it is undoubtedly the filmmaker’s best-paced film and also the most playful. It’s about a group of young people from Los Angeles who decide to rob the houses of various celebrities and steal their clothes, jewelry, etc. Beneath its apparent lightness, we have an authentic satire on materialism and excesseswith an ironic tone and a pop soundtrack that frame this incredible true story.

One of the most iconic films, in which we find the main characteristics of the director’s cinema: a character who has everything (Marie Antoinette), however, suffers her loneliness in silence. Coppola is not shy about portraying the overabundance of the sovereign’s life, without denying a certain empathy to the character who In the end I was just a teenager with a life I hadn’t chosen.. The anachronistic music, the art design, that ending… it’s all details to remember.

Despite the criticism that rained down on it for being a remake of ‘El seductor’, this jewel to claim seems to me the perfect example of how to cover a story that already exists. Instead of just copying its predecessor, Coppola’s tape offers new and interesting nuances that complement the original from 1971.

The filmmaker takes the same story, a group of women entrenched in a girls’ school whose routine is shaken by the arrival of a wounded soldier from the opposite side, and adds greater complexity to the female characters, creating a wide range of grays in their personalities. It also very well recreates that rarefied and oppressive environment that plunges the viewer into the feeling that something terrible is going to happen at any moment.

Her feature debut is another perfect example of the director’s talent and obsessions, considered a generational work. This adaptation of the novel by Jeffrey Eugenides knows how to capture that ethereal feeling of the original work and tells us about those young sisters whom everyone idealized In the distance but nobody really knew.

Coppola’s crowning work and one of the best films about solitary confinement. A successful actor (Bill Murray) and the wife of a famous cinematographer (Scarlett Johansson), both in crisis personal situations, end up meeting in the middle of the big city of Tokyo. In a subtle way and through the silences, the filmmaker perfectly portrays the state of mind of the characters with all its nuances.

Jane Foster will have a new miniseries with Thor this summer

Brendan Fraser breaks down in tears after being applauded in Venice

Driver decorates his bus with the drawings that his son draws