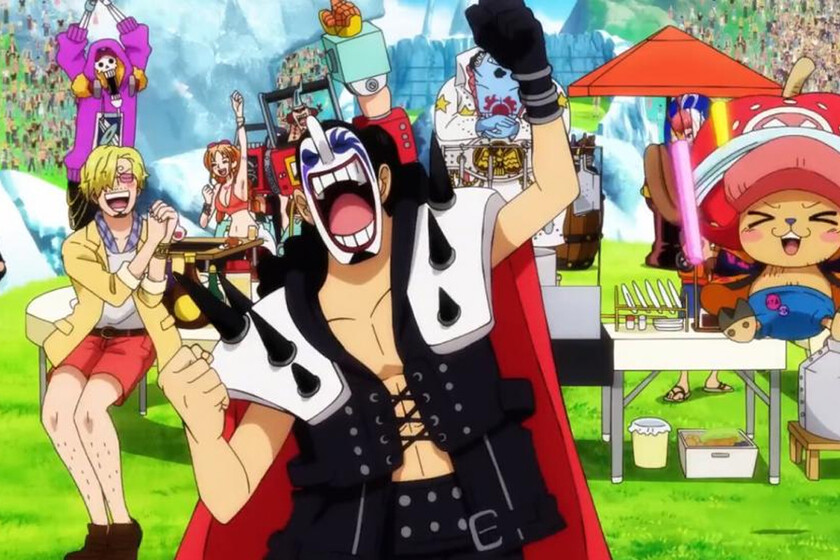 The truth is that 2022 was a round year for ‘one piece‘, which also celebrated the manga’s 25th anniversary. ‘One Piece Film Red’ premiered in style and is one of the biggest box office hits in history and on top of that the weekly anime was the most watched series worldwide in 2022.

We still have a lot of anime ahead of us… and it also seems that the seeds of the next theatrical adventure of the Straw Hats.

Has been Arthur (@newworldartur) who has spoken about what The next ‘One Piece Film’ would already be in production, although in a very early state. With this, it is most likely that the first phases of the script and perhaps some sketches are still being developed.

You have to take this information with a grain of salt and from Toei it has not yet been officially confirmed, but it is true that Artur always gives very reliable information about the franchise. Furthermore, he has been Jinbe’s voice actor, katsuhisa hokiwho said on his own Twitter that “things are progressing smoothly with the production of the next film”, and the start of a production has always overlapped with the release of the previous film.

However, the ‘One Piece’ movies take a long time in development and that’s why they tend to be quite spaced out. ‘Gold’ was released in 2016, ‘Stampede’ in 2019, and ‘Red’ has dropped in 2022, so there is usually a gap of three or four years between them.

So if you have already started this pre-production of the next ‘One Piece Film’, we should be able to expect it at the earliest by 2025 or 2026. By then the Wano Country Arc should have finished in the anime and we were possibly already in this final saga… so anything can happen in the movie.

Meanwhile, what does premiere this year is the live action series of ‘One Piece’ that Netflix is ​​preparing. It is one of the most ambitious projects on the platform, especially since it has not had much luck with anime adaptations before, and although there is still no specific release date for its release, we do know that will arrive in 2023.

The waitress who served her bullied her at school

Didn’t they finish? Gabriel Soto surprises Irina Baeva with a romantic gift after her return to Mexico | PHOTOS