Adult Swim confirms it will be at San Diego Comic Con 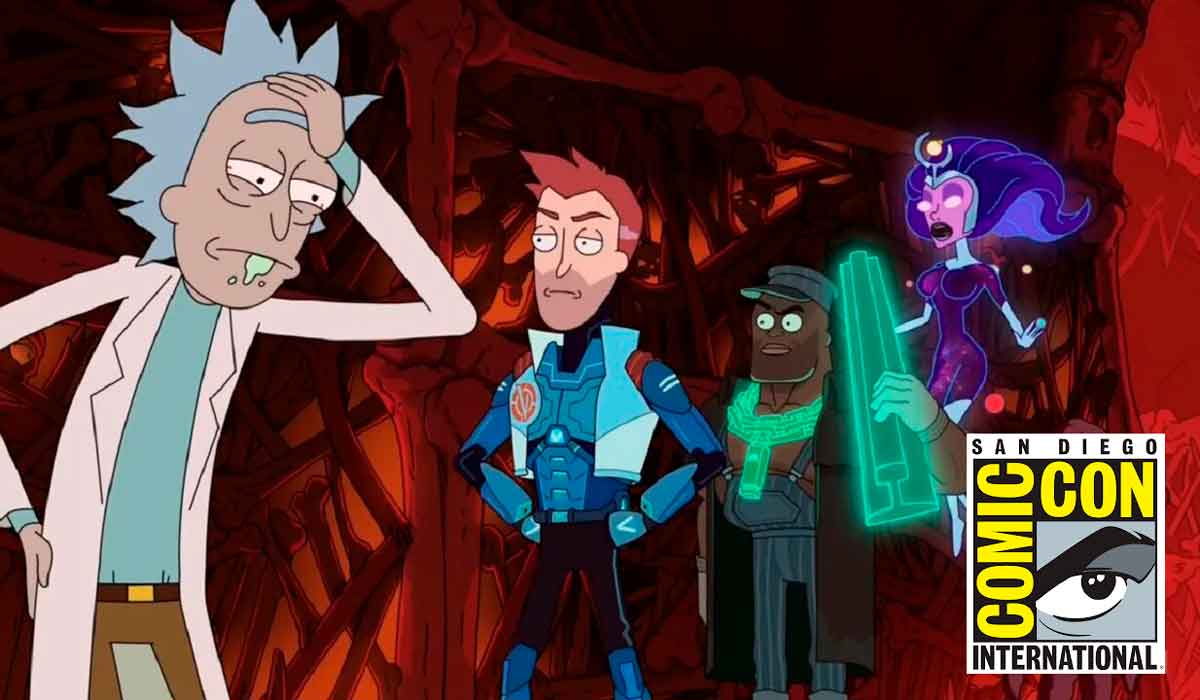 Adult Swim has revealed its lineup for San Diego Comic-Con, with names like Rick and Morty and Primal starring. Cartoon Network’s late-night programming block looks to build on recent successes, promoting new and returning series ahead of its own festival event in August, an event that will travel to the East Coast for the first time since its 2018 debut.

With San Diego Comic Con returning after previous cancellations due to COVID-19 restrictions and the popularity of Rick and Morty across five seasons, coupled with the hype surrounding the acclaimed fantasy adventure series by the critics, Primal, the hype of the fans is through the roof.

Join Michael Cusak and Zach Hadel, the creators behind Adult Swim’s new animated series SMILING FRIENDS to find out what’s in store for Pim, Charlie and the rest of the company dedicated to bringing happiness to their strange but colorful world. Indigo Ballroom, Hilton San Diego Bayfront

Rick and Morty: The Vindicators Screening and Q&A

Calling all Rick and Morty fans! Join Executive Producer Sarah Carbiener and Rick and Morty Writer/Producer Nick Rutherford for a first look at the Adult Swim digital series based on the Rick and Morty characters. Be the first to see Supernova, Vance Maximus, Alan Rails, Crocubot, and Noob Noob fight crime, prevent genocide, and have fun without Rick and Morty. Indigo Ballroom, Bayfront Hilton San Diego

This summer is sure to sizzle with the long-awaited return of Tuca & Bertie on Adult Swim! Creator/Executive Producer Lisa Hanawalt will join series star Tiffany Haddish (Tuca), along with Nicole Beyer (Gamby) and Sasheer Zamata (Kara), to dive into the upcoming third season of Adult Swim’s animated comedy about the colorful bird best friends navigating the ups and downs of adulthood in life, love and everything in between. Indigo Ballroom, Bayfront Hilton San Diego.

a commercial success, Smiling Friends sure to interest fans with a sneak peek at what’s to come, while the much-anticipated return of Tuca and Bertie, featuring the voices of Tiffany Haddish and Ali Wong, should excite many Adult Swim audiences at its panel. However, perhaps the biggest success of the event is the spin-off of rick and mortyas viewers seek a first look at The Vindicators in his own series. By getting a chance to mingle with fans and reveal some of his latest projects, Adult Swim could be an impressive draw at this year’s San Diego Comic-Con.

“This has gone too far. Yesterday we didn’t even know that comic existed.” The creators of ‘1899’ respond to accusations of plagiarism against their Netflix series

The unfortunate story of Christopher Reeve, the “Superman of flesh and blood”