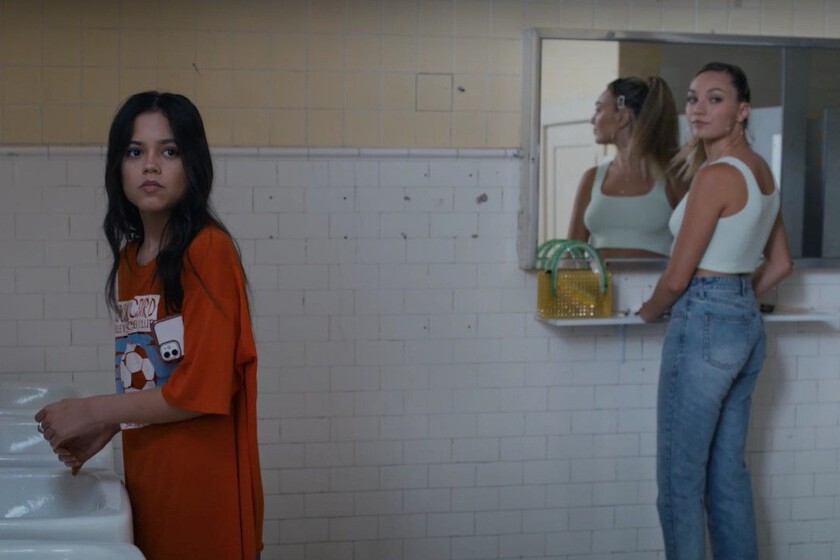 It is inevitable to feel devastated watching the news that arrives from the other side of the pond, where every few weeks we have to meet another mass shooting at a school in the United States. Tragic news that should serve to rethink once and for all the restriction of weapons in the country, for a mere matter of empathy with the survivors of the victims and all the students who have to periodically receive talks on how to avoid being murdered in a place As common as school.

But even that seems to be insufficient to stir consciences and make meaningful decisions. It seems difficult that fiction can achieve what reality does not achieve, but it can certainly bring it closer experiences so intense that you can not twist your eyes.

And it can be very hard to approach a subject of this depth, but they can be extracted interesting details of a perspective that may seem distant to us. In this regard, one of the best approaches has come to streaming this year: ‘The Fallout‘, on HBO Max.

How to be a victim

The movie of Megan Park brings us closer to a young teenager, played by Jenna Ortegawho was having a day at school like any other until, while in the bathroom, a student with a gun breaks into the campus and a massacre begins. He manages to react and hide from danger, but several students die in the shooting.

The film follows the perspective of someone who, even without being a direct victim -she was not injured nor did any family member or close friend die in the massacre- clearly suffers from post-traumatic sequelae that he tries to repress and deny. Even with the good disposition of her close environment, she only feels that she can establish closeness with the other student who hid with her in the bathroom, even though the relationship prior to the incident was practically non-existent.

Park’s greatest virtue when presenting us with this story, focused from the limitations of independent cinema and a minimalism dominated by close and empathic shots, is how he does it without dodging dark terrain. And he does it without judging, allowing us the possibility of approaching her without pretense and perhaps being able to understand that very complex feeling of feeling without the right to be a victim even though you are clearly one of hers.

This is not a film that is going to claim a lot of presence or attention, since it was released this year a bit behind the scenes. Unfortunately, what ‘The Fallout’ tells it was relevant at the time and it is even more so now, and will continue to be until the situation is resolved. The most devastating thing is how the film itself is aware of it and points it out.

For reasons like this, we are facing a film that is not going to be easy to see or appreciate, because it is necessary to have a stomach prepared for it. Not because of explicit graphics, which the film mostly avoids, but because of how touches very deep and painful aspects. But those same aspects that make it a complicated viewing make it a very valuable one. For this reason, ‘The Fallout’ should be on your radar.

What?! ‘The Squid Game’ becomes a reality show