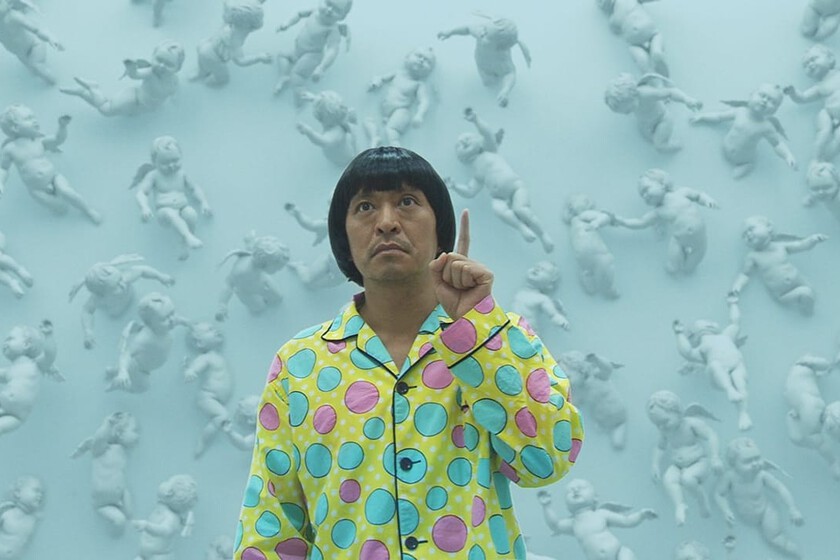 The mechanisms of comedy are highly complex, despite the fact that in execution they look really simple and effective. It is mostly seen as minor art, as clowning that does not deserve as much consideration as dramas or other “higher” works, despite being able to communicate more than such works at times.

The key is, of course, not to look down on her and use it like any other means of expression that an artist can use. You can even try to unravel the meaning of existence and the consequences of our time on earth. All that hides, for example, ‘Symbol‘, a more than peculiar Japanese comedy that is a real gem to discover within the Prime Video catalog (and also that of Filmin).

locked in the absurd

The first thing we see, yes, it doesn’t look like anything Japanese. Our first act introduces us to a remote Mexican city where an ambitious fighter is preparing for the great duel where he will fight for the championship, accompanied by his entire family. Next, we enter the mysterious room where we will apparently spend most of the filmlike the protagonist.

This protagonist, played by the same director and screenwriter -as well as a long-time comedian- Hitoshi Matsumoto, finds himself in a quirky pajamas in a mysterious room. One in which, suddenly, representations of cherubs whose penises end up decorating the walls of the roomworking as switches that activate different functions each.

Between several trial and error attempts, the protagonist will try to discover which of those penis switches is the one that will open the apparent prison in which he finds himself, in addition to seeing which ones are beneficial -providing food- or harmful -they fart at him-. Or sometimes none of the above. That’s it as unpredictable as it is absurd, which adds great intrigue about where all this is leading.

With a touch of intricate prisons a la ‘Cube’ and also a lot of the absurd and physical comedy of an ‘Evil Dead II’ – Matsumoto’s performance is just as insane and hilarious as Bruce Campbell’s in said film and, just as he manages to sustain an entire film on his own – the film offers enormous surface enjoyment.

Although little by little unveiling more ambitions around what happens, even explaining the reason for the parallel Mexican plot. Some ambitions that seek to deal with the very meaning of our existence. All this without giving up a certain structure of continued gag, very close to a Monty Python comedy that was also capable of dealing with aspects such as ‘The meaning of life’. Matsumoto clearly states the potential of clowning and absurdity to touch fundamental aspects of our condition. For this reason, ‘Symbol’ may seem like a lot of nonsense for the fun of it, but it knows how to offer much more in just over an hour and a half full of fun.

New Romance? Belinda boasts in networks her vacation next to Jared Leto

Mining rescue stopped in Sabinas due to risk of collapse