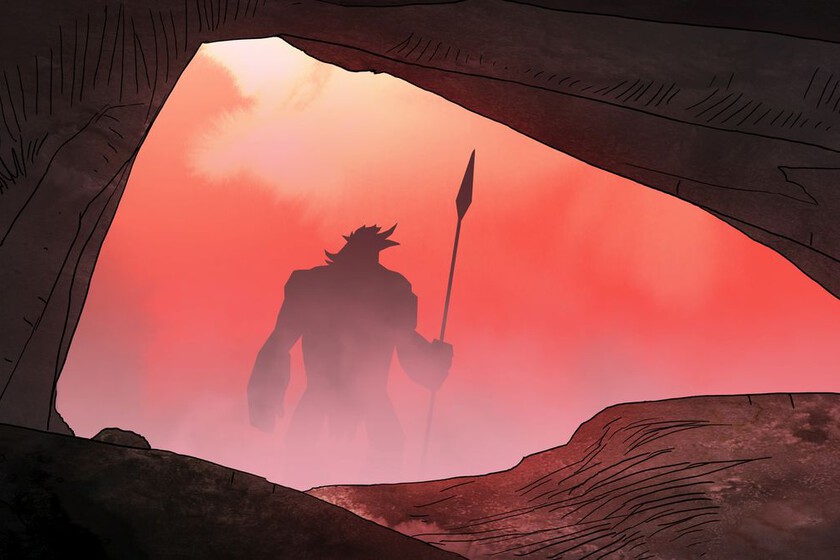 Despite the freedoms that animation allows in terms of elasticity and visual design, you can’t always take the liberty of being really brutal being a medium primarily associated with children. Sometimes adult animation is destined for obscene and “provocative” comedies, not always looking for something challenging, be it for complex concerns or for displaying violence.

However, complexity and violence can be possible in this field, and can even occur together. Genndy Tartakovsky proved it, perhaps the greatest American animation genius of this century with his work on ‘Samurai Jack’ or more apt projects like his ‘Hotel Transylvania’ trilogy. Her ‘Primal’ is quite a feat in the animated medium, and it’s a good idea to bring it back through HBO Max now that she’s back for a second season.

Together in a hostile world

Primal takes us back to prehistoric times, playing with a bit of fantasy to shape a world where cave-dwelling humans can coexist with dinosaurs and other creatures that preceded them. Although coexistence is a term that must be taken with a lot of tweezers here, since Tartakovsky and his team design a completely violent and hostile world where it is difficult to survive.

In this context, a caveman and a dinosaur form an unlikely alliance to try to avoid the ultimate extinction of this world. Throughout ten episodes of around 20 minutes each we see them struggling to persistat the same time that it expresses the difficulties of trying to establish this association.

It is also allowed to pull fantastic elements to give rise to very unique and even psychedelic adventures by conception. It is not a series to which one should go looking for historical accuracy, although one does not need it to convey the feeling of rawness and existential desolation that should be the search for survival in this period.

The series is not cut at all to capture the brutality of the prehistoric period. Unleashed violence, raw action and gushing blood decorate the impressive images that the team of animators plants before our eyes. Here we see a brutality that impacts to the bone, and that the series is not anchored in realism or in its premise or its visual finish.

This does not mean that Tartakovsky’s proposal is reduced to hostility and violence that causes impact. Despite not having dialogues -how to communicate in a period without elaborate language and between different species-, the series manages to convey the existential anguish of trying to survive in dark and adverse periods. An ambition that returns to this work as exquisite as complete. A great proposition to get hooked on, especially with a second season just around the corner.

They capture on video a baker licking the bread dough

Don Gustavo died, better known as “The Lord of the combi”