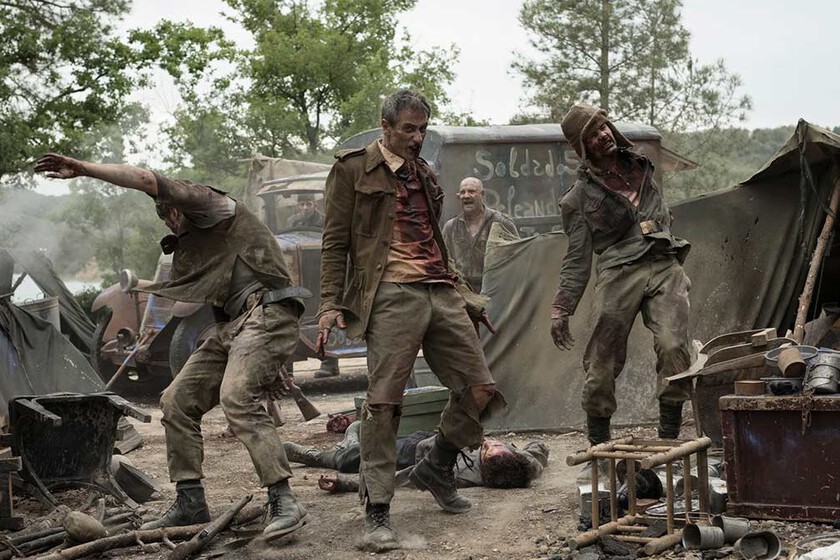 The Netflix catalog does not live only on original productions. From time to time other titles also arrive, some more recent than others, so that subscribers have more to choose from. That is exactly what has happened today, because it reaches the ‘Malnazidos’ platform, a zombie comedy that deserved better luck during its time in theaters.

‘Malnazidos’ was one of the many films that were affected by the coronavirus. Premiered at the 2020 Sitges Festival, the truth is that we should have seen it on January 22, 2021, but was delayed twice and in the end it did not arrive in theaters until March 11, 2022.

Something tells me that this could have affected its reception by the public, since it is true that it exceeded one million euros at the box office -and more than 166,000 spectators-, something that not so many Spanish films achieve, but it is that it cost more than six millions. Not even Mediaset’s advertising push was enoughand it’s a shame, since this new approach to the Civil War is very different from all those released before.

The reason for this is that ‘Malnazidos’ successfully blends historical fiction with the fantastic, seasoning everything with a lot of humor but without making the mistake of turning the film into a comic comedy. Here, those responsible are interested in giving entity to their characters to play with the always feared concept of the two Spains. And watch out for the good work of his distribution, especially a charismatic Miki Esparbe.

Of course, the result is far from round, but we are dealing with a very entertaining pastime that so soon seems to drink from the cinema of John Carpenter like from Luis Garcia Berlanga, being George A. Romero another obvious influence. It is true that in no case does he play in the same league as his references, but he does have some anthological moments and if you are looking for a fun horror comedy without prejudice, do not miss this film directed by Javier Ruiz Caldera and Alberto del Toro.

In case you have already seen ‘Malnazidos’ or it is not of interest to you, I remind you that we have a list of the best Netflix movies released this 2022 and also a review of all the platform’s premieres in July.

Shakira: from Piqué, lawsuits to plagiarism, the controversies in which the singer has been involved

The two smallest towns in Spain, which you surely do not know, for a curious and very quiet getaway