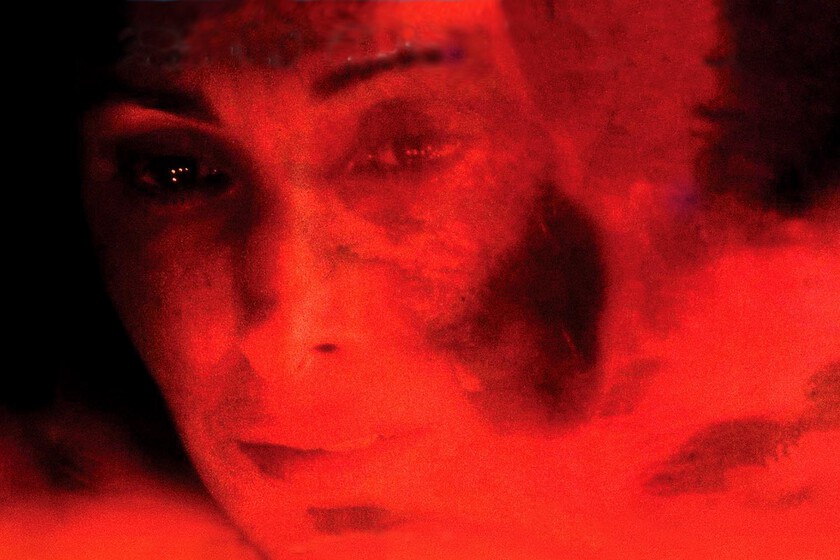 Agustí Villaronga has passed away, and now that he is remembered for being well known for his oblique glances at the Spanish Civil War, it is worth reviewing his first stage, when he was a great genre director, after breaking into the tremendous ‘Behind the Glass’ ‘ (1986) and the Crowlerian ‘the child of the moon‘ (1989) and taking a long break of almost a decade, finally released his third feature film, the most openly horror, that can be found in Flix Olé, the too-forgotten ‘99.9: the frequency of terror’.

Relying much more on suggestion and atmosphere than on debut, this kind of, at times, precursor to the found footage format which would sweep the horror genre a couple of years later, is a haunting little film that sits awkwardly between the classic era of Eurohorror and the Spanish horror renaissance, with a supernatural wave in the ’90s that kicked off ‘The Moon’. negra’ (1990), continued with Álex de la Iglesia and consolidated with shipwrecked titles such as ‘Memories of the Fallen Angel’ (1997) and this one.

Although this was not exactly the same satanic terror, he played with it in the title ‘99.9’, which could play with the fact that the sign of the beast is also inverted, but his intentions were different. Actually, the movie was originally going to be the pilot of a television series that conveyed the spirit of the great success of the moment‘X-Files’, to the great mysteries of the country, which would have been starring the actress María Barranco, who would have been responsible for calling Villaronga to write the script for the 13 episodes, the first being ‘Los rostros de Jimena’ .

When the difficulty of finding financing condemned the project —who would pass on a horror series directed by Villaronga?—, it was transformed into a big screen premiere that would have photography direction of the well-known Javier Aguirresarobe (‘The Others’, The ‘Twilight’ Saga, ‘Thor: Ragnarok’) and the music by Javier Navarrete, who went on to earn an Oscar nomination for his score for Guillermo del Toro’s “Pan’s Labyrinth.” The script would be co-written with Lourdes Iglesias and Jesús Regueira.

‘99.9’ tells the story of Lara, who hosts a radio talk show that deals with paranormal phenomena and receives a package of material that informs her about the horrible death of Víctor (Gustavo Salmerón), a gay man who was also the father of of his son. At that moment, she begins to investigate how he was impaled, naked, on an iron gate of the cemetery in the town of Jimena, something that the authorities ruled out as an accident.

Lara manages to discover that Víctor became obsessed with the paranormal, particularly with the phenomenon of psychophany, the recording of the voices of the dead through electronic means, and in his case, using an untuned television to channel voices from the afterlife, using homeless drug addicts as drivers, since it seems that those in altered states tend to be more fluid with the other world. The videotape they sent him shows some of his experiments and a naked Victor, apparently just minutes before his mysterious death, running scared.

Cañí parapsychology of the 90s

Arriving in town, Lara rents a room in a pension from the local sculptor Simón (Simón Andreu) and begins to investigate, with the help of the pension’s employee, Julia (Ruth Gabriel). It begins so the classic tension with the locals who tell him to stay away from town until he tracks down Dolores (Terele Pávez), a woman admitted to a mental hospital, who reveals to him that 200 years earlier, French soldiers murdered women and children who lived in Víctor’s house, when it was a brothel, and apparently it has been haunted. since then, with the spirits manifesting as faces on the walls that seem to move by themselves.

The central idea of ​​the film is based on the calls “faces of Bélmez”, a well-known supernatural phenomenon in Spain at the time. In 1971, in one of the houses in this small town in Jaén, images of faces began to appear and disappear on the cement floor, which became so popular that during Holy Week in 1972 hundreds of people came to the house, in pilgrimages that lasted for more than 30 years. In the 90s, the paranormal was back in fashion on television.

The presence in the popular culture of the moment of characters like Tristanbaker, an enlightened parapsychologist that before jumping from late night to late night he appeared on the Antena 3 news carrying out exorcisms that were given as one more piece. Villaronga used this mental substrate to create a story more focused on rural horror and Spanish gothic, with lovers, tortured souls, witchcraft and secret experiments under the guise of a typical crime mystery in popular thriller on a screen trapped in the shadow of ‘The silence of the lambs’.

The presence of Maria Barrancomost famous for her roles in Spanish comedies such as ‘All men are the same’, ‘Boca a boca’ or ‘Women on the verge of a nervous breakdown’ that gave a good reply to the one here more threatening than ever Terele Pavez, muse of Álex de la Iglesia. ‘99.9’ appeared only a year after the premiere of ‘Tesis’ by Amenábar, and like that one, its plot revolves around violence, evil and cameras, although the “epistolary” format from now on is more related to ‘Arrebato ‘ by Ivan Zulueta.

Although that part is just one more piece in a series of lcommon lines with the European terror of Pupi Avati and its spirals towards the unspeakable secrets of remote places, especially ‘Zeder’, but Villaronga applies a modernist sensibility that intersperses modern technology and communication as the extension of supernatural transmissions that bring her closer to the philosophy of cosmic horror of recent films such as ‘The Empty Man’, with the presence of psychophonies, blurred images in the static of the television; and concepts such as the projection of altered states of consciousness.

However, Villaronga has almost no interest in the supernatural mystery itself, but in the psychology of a microcommunity and its secrets related to that property, while the occult just “happens”, For this reason, he goes coldly through some parts of history such as the recording of cemeteries, the dreams of people who are particularly sensitive to those places and the number of VHS diaries that are a year ahead of the analog curses of ‘The Ring’ (1998) that they were going to change horror movies forever.

ahead of its time

Despite everything, placing the gaze on terror in the protagonist brings Lara closer to other supernatural investigators that lasted a single episode, such as ‘The Norliss Tapes’ or ‘Dark Intruder’, and leaves the fantastic ideas in the field of suggestion, implying that the entities imprisoned in that house are not so much spirits of the dead, but proto-creatures of the dawn of life on earth, powerfully Lovecraftian ideas that expand into a final narrative that leaves honey on the lips.

‘99.9’ is a modest film, sometimes minimalist in its staging, but at the same time it was noticeable way ahead of its time. Not only was he one step ahead of Paco Plaza and Jaume Balagueró who adapted Ramsey Campbell, but today he seems to fit perfectly into the folk horror film cascade and the new horror fictions in emptied Spainfrom ’30 coins’ to ‘Cerdita’, in fact it was shot in Madrid, with exteriors in La Vereda, Guadalajara, with stone houses and a harsh environment not very different from that of ‘As Bestas’.

But in addition, Villaronga was openly dealing with queerness, with a subtle display of the lifestyle and latent hostility towards foreigners and homosexuals, achieving a mixture of local animosity and persistent occultism with the contrast of the big city against a small environment. community, which also moved with a clash of the scientific or preternatural and superstition. ‘99.9’ is a murky and singular film, with family rituals that reflect the relationships of ‘Hereditary’, the costumbrismo of ladies with black stockings and the witchcraft of ‘Venus’ and the realistic approach of ‘O Corpo Aberto’, a little jewel that grows every year.

the seventh gala will reveal who cheated and Javi will score an “Estefania!”

They send their puppy to camp and return it cremated

Thermal tights are still our favorite hack to put on dresses without getting cold: we have selected the warmest ones