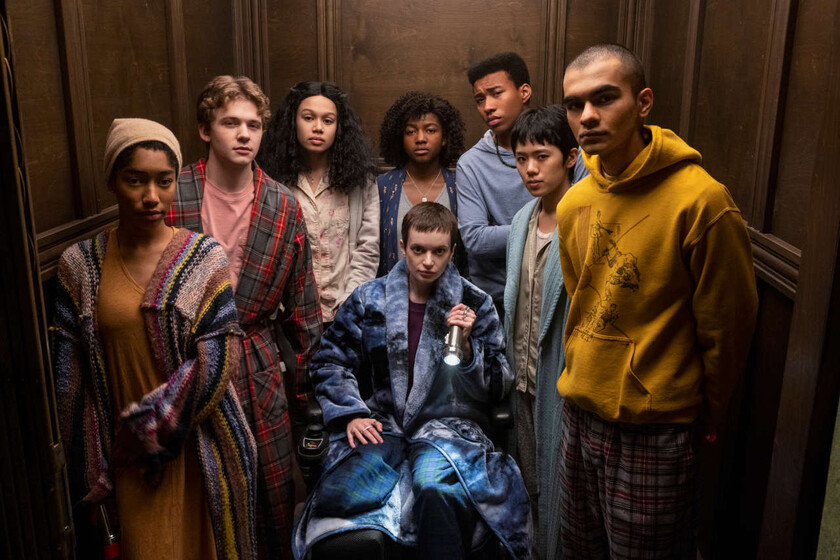 First Wednesday of October, full “halftime” so to speak and before we get fully into the Sitges Film Festival, it’s time to delve into the streaming premieres for these days. In total, this time we counted 94 series, movies and documentaries that arrive from today on Netflix, HBO Max, Disney +, Amazon Prime Video, Filmin, Movistar Plus + and Apple TV +.

Acclaimed comedy drama that takes us behind the stove through the story of a young haute cuisine chef who finds himself running the kitchen of the family’s sandwich shop.

The master of television horror returns to Netflix with his long-awaited adaptation of Christopher Pike’s novels, which leads us to meet a group of seven terminally ill young people who get together to tell scary stories and make a pact so that, the first of them that he dies, he will have to communicate with the rest from beyond the grave.

Coinciding with its premiere in Sitges, one of the independent science fiction films of the year arrives with the story of a family that tries to fix their “robotic brother” when he breaks down.

‘The Curse of the Werewolf’ (Werewolf by Night)

Marvelite special that takes us on the adventure of a group of monster hunters who are looking for a powerful relic, this will lead them to face a dangerous lycanthrope.

After its award-winning run through festivals in 2021, this psychological thriller arrives on platforms that takes us into the mind of the murderer Martyn Bryant who murdered 35 people in one of the bloodiest shootings in Australian history.

And our recommendations in… Espinof File

And, like every week, remember that you have a moment of various recommendations in our newsletter: ‘Espinof file‘, in which every week we take turns to talk about those series and movies that we are most passionate about in recent times.

In addition, we already have here the list of the best series of 2022 and the top with it best of netflix in seriesin movies this year and the most outstanding series of 2022 in hbo max, on Disney+ Y Prime Video (and its Best Movies).

The Montaners the Disney Plus series

“I was never asked about a sequel”

She-Hulk and Spider-Man unite in court against J. Jonah Jameson