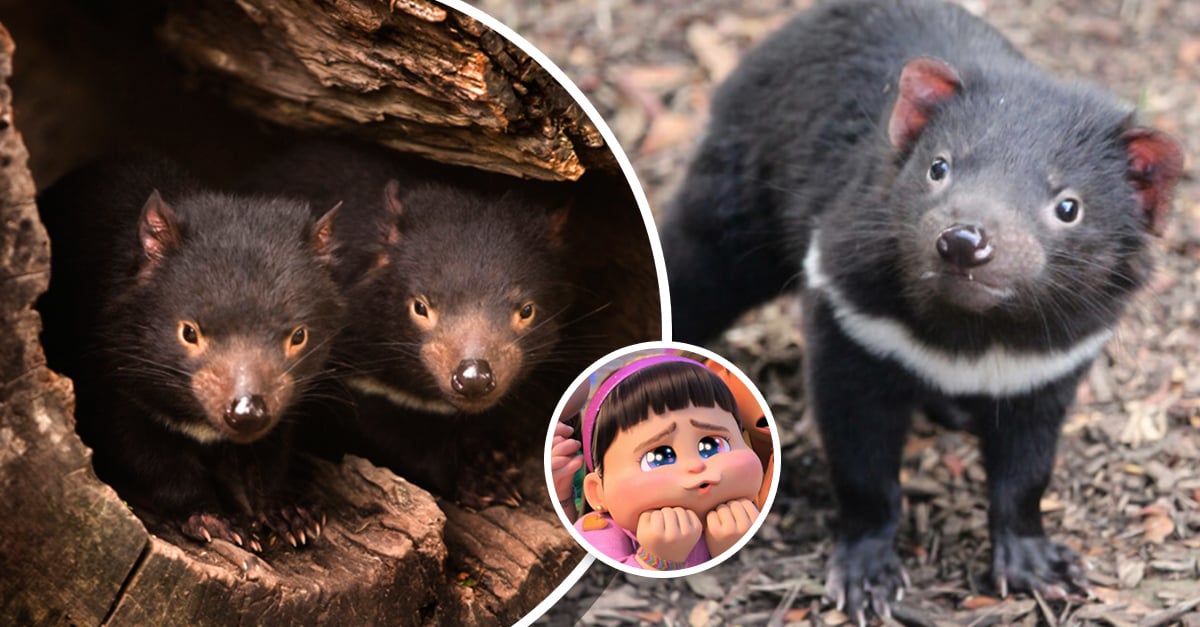 The Tasmanian devil is the largest scavenging marsupial on Earth. Its size is like that of a small dog, with a robust and muscular body with its skin covered in black fur. It is characterized by its bad smell and its very loud and disturbing cry, as well as its ferocity when feeding.

Although the date on which this little animal disappeared in the Australian locality is unknown, according to the evidence, it was reduced to three surviving populations around three thousand years ago and its extinction on the continent was around that time. However, just when we thought we were lost by the events on the planet, the scoop of the birth of seven Tasmanian devil cubs in Australia emerges.

Due to hunting, predation by dingoes and human harassment, the Tasmanian devil disappeared from Australia for a long time. But Aussie Ark, a non-profit organization in charge of the conservation of endangered species, highlighted that the seven cubs are in good health and open a new horizon for the species, with the hope that they can maintain a new breeding population.

As a result of this news, the steps to follow will be to entrust the caretakers of the protected areas to closely monitor the new litter and as they grow properly, they can be released to inhabit their ecosystem. Aussie Ark released 26 adults of this species into the wild in late 2020, who have now produced the new pups.

This gives us a green light that endangered species have salvation and could even reproduce if we, as sentient beings, do a bit of our part. Taking care of the environment is not enough, it is also necessary to avoid hunting and harassing animals for our entertainment. We are partners in the same habitat, not the owners!