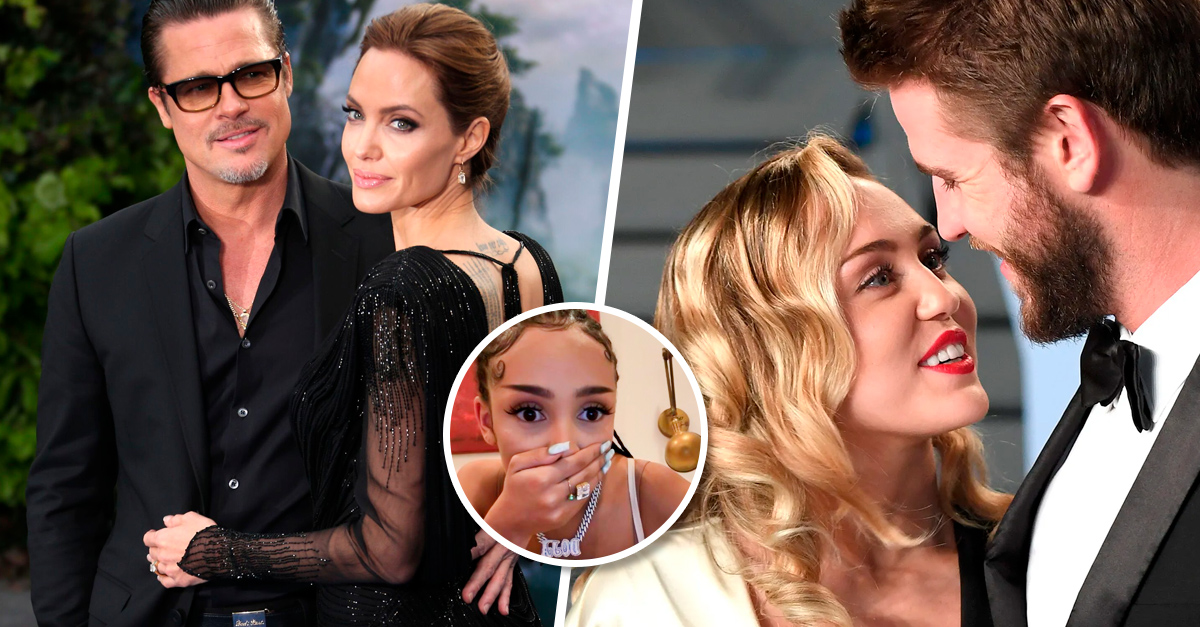 Marriage seems like a dream for many couples, as it is often seen as the traditional way to spend a lifetime with your better half. However, getting married is not an easy decision, and for the marriage to be a success, you need to know your partner very well and be willing to work for a healthy and harmonious home.

And it is that life is so strange and capricious, that even knowing your partner completely and being madly in love when you get married is not a guarantee that you will be happy forever. The example is these seven famous couples who had very long courtships, but their marriages failed very soon.

Brad and Angelina were one of the most famous couples on the show. Their relationship was always very mediatic because they are both big Hollywood stars since, when they met, Brad was married to Jennifer Aniston. Eventually, the world got over that slip and they became a beloved couple, especially as their family began to grow. However, the love story was not eternal. The actors were together from 2005 to 2016, but their marriage lasted just two years.

The relationship between Jason Momoa and Lisa Bonet seemed to be one of the most solid and stable in Hollywood, but recently the actors took the world by surprise when they announced that, after four years of marriage, they decided to go their own way. Four years is not such a short period, but it pales next to the 16 years their relationship lasted in total.

How to forget these two! Liam was one of Miley’s great loves; They met in 2009 while filming The last song, and the romance between their characters carried over into real life. In 2012, they announced that they were engaged, but in 2013 they broke up for the first time. In 2016, news of a reconciliation emerged, and the couple married in late 2018. However, their happiness was short-lived, and eight months later they divorced.

The relationship between these two actors began in 2011, and a year later they got engaged. It took three years for them to finally say “I do” in California on August 15, 2015. Despite already having four years of relationship behind them, their marriage lasted just over two years, and they separated in February of 2018.

Although they were married in 2015, Usher and Grace Miguel began dating in 2009. What seemed like a solid and private relationship was not strong enough to withstand the assault and fraud lawsuits that rained down on the artist in 2018, the year in which the one who separated after almost a decade together, but less than three years married.

The actors met at the set of Dumb and Dumber and they married in 1996, but the marriage was not successful and lasted barely ten months. For years, the world thought that she had simply been an express love story, one of those that abound in the world of spotlights, but in 2013 the actress said that her pre-marriage relationship lasted many years. “I was with Jim for years, but people didn’t know: everyone thinks it was a short marriage, but we were together for a long time.”

The history between these two was long and turbulent. They met in 2001, and by 2002 they were engaged, but the following year they broke up for the first time. In 2006, they reconciled and got married on a yacht in Saint-Tropez, France in July of that year, but love died very soon, since less than six months later, in November of that same year, they divorced. According to the actress, they have not spoken since then.

Ideas of types of long dresses to wear this summer