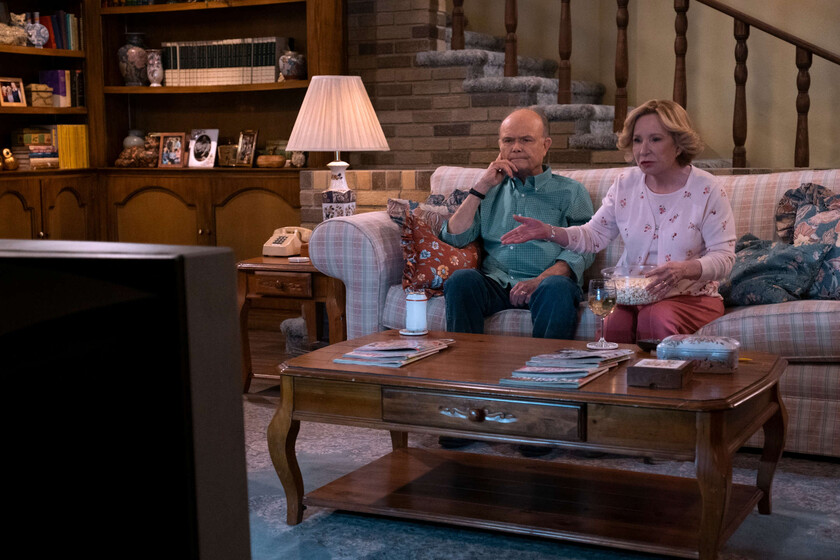 New Wednesday and new time to review the news we have this week on our favorite streaming platforms. So let’s see the 56 series, movies and documentaries that arrive from today on Netflix, HBO Max, Disney +, Amazon Prime Video, Filmin, Movistar Plus + and Apple TV +.

The great series of the 90s returns this time with a new generation of teenagers who will spend their afternoons in the Forman basement, courtesy of Leia, the daughter of Eric and Donna.

‘Arny. Story of an infamy’

Docuseries that takes us to one of the most publicized cases of corruption of minors in the last thirty years: the Arny case, which, with its epicenter in a pub with a Sevillian atmosphere, provoked a witch hunt accusing fifty people, including celebrities such as Jorge Cadaval, Jesús Vázquez or Javier Gurruchaga, among others.

The “interview of the year” arrives at Movistar Plus+ with the talk between Tom Bradby and Prince Harry, carried out almost at the same time as the publication of the controversial memoirs of the Duke of Sussex.

‘Child of the demon’ (Little Demon)

Animated comedy that takes us through the life of a woman who got pregnant by the devil thirteen years ago. She will now see how her life and her daughter’s life changes forever when Satan Come ask for custody of the girl.

11 options for guest looks for less than 30 euros

Do they regret it? Lucero and Mijares assure that “our only mistake was getting married”: VIDEO

Ana Layevska: the Ukrainian who starred in Mexican soap operas

The Stargirl series is canceled by the CW network