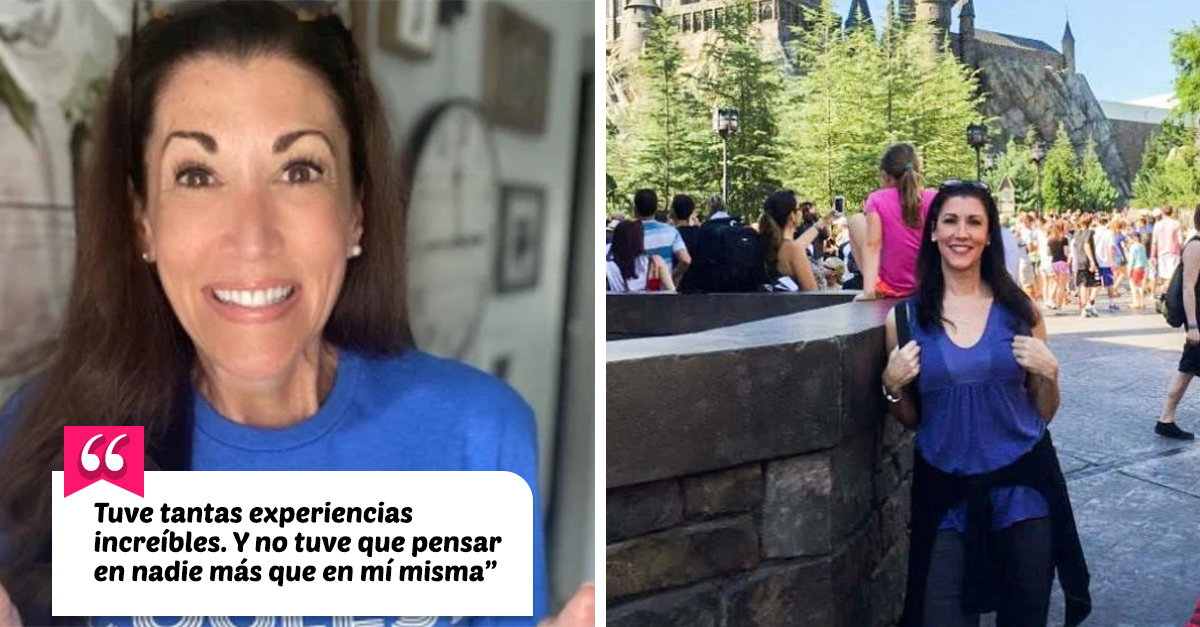 Motherhood is a goal that is not in the lives of all women, since there are many girls who, despite society’s insistence on becoming mothers, prefer to worry about themselves and decide not to have children.

One of the countless cases is that of Jessica Hawk-Ippolito, a woman who, despite comments that one day she would regret not becoming a mother, at 52, assures that she does not regret giving up motherhood to focus on only in her.

Jessica is an international teacher and tutor in Glassboro, New Jersey, United States, and through an interview for the Clarín site, she shared her testimony, expressing that since she was a child she knew she was not going to have children, since she was never interested in playing with dolls or playing with the mother or anything like that.

Throughout her life, the teacher has had to hear countless times the famous question “Do you really not want to become a mother?”, followed by the phrase “One day you will regret not having children”. However, today, she assures that she does not regret not doing it and she has been happy with her choice.

Even as a child, I never wanted a doll. I didn’t play moms and babies. People always said that she would change her mind. And on my wedding day someone asked me when I would have babies. But it is my choice not to have them.

Despite the fact that the decision not to be a mother was made when she was still a teenager, she assured that this does not mean that she does not have a maternal instinct, only that she likes the freedom she has to pursue and achieve her dreams.

In addition, she thinks that children and motherhood are amazing, but, although they never tire of repeating it to her, that life is not for her, since her life is based on traveling the world and focusing on her professional life completely. .

I was able to travel to Italy, France and more dream places. I had so many amazing experiences. And I didn’t have to think about anyone but myself, so I was able to take advantage of the opportunity.

When Jessica went out with someone or found a partner, the first thing she told them was that she had no desire to become a mother, so when she met her ex-husband, he was happy to agree that they both did not want children.

Even on her wedding day, people questioned her about the babies, to which she replied that she had chosen not to have them. Faced with her questioning about who will take care of her when she is older than her, she replied that she would not like to bring a life into the world just for the purpose of being responsible for her.

I told anyone I was dating that it wasn’t something I wanted right away. I knew that if I ever wanted to be a mother, I would have to be a stay-at-home mom, but that wouldn’t make me happy. People always said I’d change my mind, but I didn’t.

Despite the fact that there are people around her who think that she has a very lonely life because she does not have children, Jessica assures that this is not the case, since she is very happy that she does not have to think about anyone but her. Furthermore, she has focused on her career and enjoys traveling the world.

With her story, the 52-year-old woman seeks to be an example and encourage other people to follow their instincts and accept not having children, since it is not a bad thing and the fact that you are not a mother or a father does not mean that you are going to being alone.